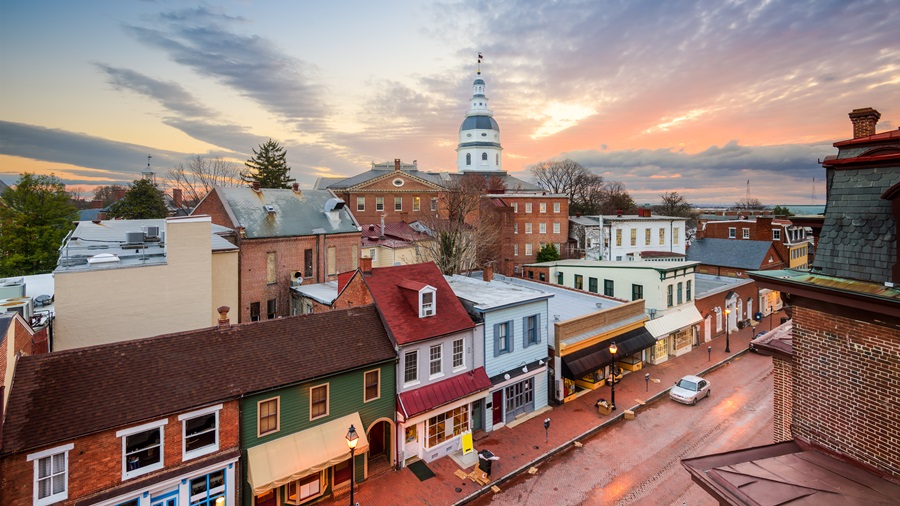 How can a coastal city with a strong tourism economy based primarily on its sailing and military heritage—and its many beautiful historic buildings—develop more physical and economic resilience in the face of climate change, and the resulting sea level rise from melting ice caps?

Annapolis, Maryland—whose downtown area had flooding problems even before the ocean started rising—is working hard to come up with the answer to that question.

The announcement came just prior to the city’s co-hosting of an international conference on sea level rise.

This interactive web-based resource highlights the history of flooding, the city’s efforts to plan for long-term sea level rise, and opportunities for public participation in implementing the plan. The ‘Weather It Together’ story map will go live October 29, with the launch of Keeping History Above Water, an international conference co-hosted with the Newport Restoration Foundation, focusing on flooding and sea level rise adaptation alternatives for coastal communities.

Using several ArcGIS online applications, the story map illustrates in a dynamic, user-friendly format, the flooding threat to historic downtown Annapolis. Flood maps, participatory surveys, photo crowdsourcing, and other public engagement tools provide a platform to share information while learning more about the ‘Weather It Together’ initiative. The story map is intended as a go-to resource for residents, businesses and property owners in Annapolis and other communities facing challenges from rising tides and storm surge.

Annapolis, like so many other historic seaports, is particularly vulnerable to coastal flooding. “The City’s development of a Cultural Resource Hazard Mitigation plan, the first comprehensive planning document to address the topic of flooding in a historic district, has elevated the city to national prominence in resilience planning and historic preservation,” said Bradley Dean, CFM, C.E., Coastal Scientist at Michael Baker International.

“Partnering with the City of Annapolis and their community-based planning program, ‘Weather It Together,’ was the perfect opportunity for Michael Baker International to provide in-kind services to support this award-winning initiative. Michael Baker is honored to have collaborated with the City of Annapolis ‘Weather It Together’ team through our Planning Innovation Lab to develop an interactive resource that highlights the city’s efforts to address local climate impacts and lead the community to a more resilient future,” continued Dean.

Mayor Pantelides views collaboration as key to addressing the problems associated with climate impacts and the need to create a more resilient city. “We are pleased to support public-private collaborations which benefit the city and the community we serve,” Mayor Pantelides said. “We welcome our national and international visitors and commend Michael Baker International for its collaboration with our staff and the ‘Weather It Together’ team, creating this exciting story map.”

Under Mayor Pantelides’ leadership, the city received $1 million from Governor Hogan to address flood mitigation, created a renewable energy solar park, undergone renovations to reduce the city energy use, and fostered the collaborative work of the ‘Weather It Together‘ planning office initiative.

The release of the story map, as well as case studies in adaptation and resilience planning, data and technology, natural and cultural resource protection and the economics of climate change were showcased by national and international speakers as part of the four-day Keeping History Above Water Conference starting October 29 St. John’s College in Annapolis.