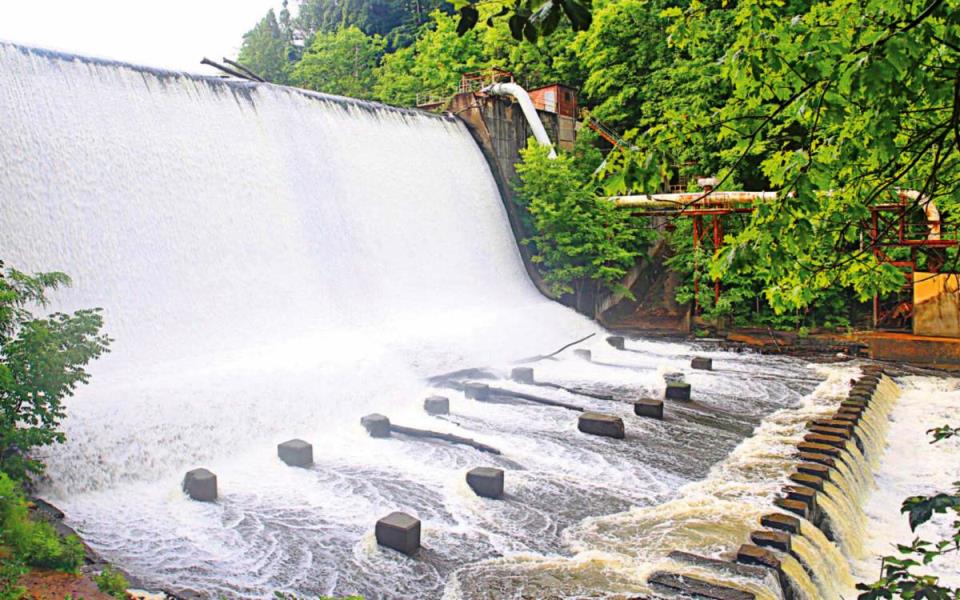 The Cuyahoga River is known to most people outside of Ohio as the waterway that was so grossly polluted that it actually caught on fire in 1952. That event was a major factor in the eventual passage of the national Clean Water Act.

Today, much of that pollution has been cleaned up, but one major factor remained before the river could be pronounced as being in good health: removal of the final dam that has long impeded life-giving flows of sediment, nutrients and fish migration.

This project will remove an estimated 900,000 cubic yards of contaminated sediment, restore fish and wildlife habitat, and restore more than a mile of the river for community recreational use. 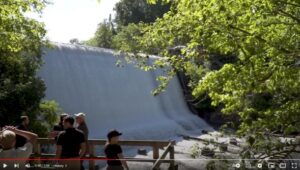 “Improving water quality across the state has been a key focus of my administration, and generations of Ohioans will benefit from the improvements that will be realized by removing the Gorge Dam,” said Governor DeWine.

“This project will return the Cuyahoga River to a free-flowing river from Kent to the mouth of Lake Erie, will vastly improve water quality in the Cuyahoga River, and will pave the way for recreation, tourism, and economic development opportunities in this area,” he added.

The state funding for the project will be awarded from settlement money that Ohio received as part of the state’s polychlorinated biphenyl (PCB) enforcement case against Monsanto, which was filed by then-Attorney General DeWine in 2018.

The lawsuit, which was settled for $80 million in 2022, held Monsanto legally accountable for harm caused by their concealment, failure to warn, marketing, manufacturing, sale, and distribution of toxic PCBs.

“This project has been the focus of efforts by so many local, state, and federal partners for decades,” said Ohio EPA Director Laurie A. Stevenson.

“Providing this state-match funding from the Monsanto settlement will enable us to make the completion of this significant project a reality. We thank our partners on the PCB Advisory Board, including ODNR, ODH, ODA, and the Ohio Attorney General for their support on this project,” she added.

Ohio’s PCB Advisory Board was formed to consider proposals for the use of the settlement funds. The board recommended to Ohio EPA that $25 million in settlement funding be used for the Gorge Dam Removal Project.

The Gorge Dam was originally constructed in 1913 to provide hydroelectric power, but hydroelectric generation ended at the dam by 1958. In the spring of 2009, the power generating station on the dam was razed.

The 58 foot tall / 425 foot wide dam, which has no necessary use today, prevents the river from flowing freely, causes sediment buildup, and negatively impacts water quality.

The water quality benefits estimated from the dam project include the removal of PCB-contaminated sediment and other contaminants, the reduction of nutrients including phosphorus, and the improvement of aquatic life within the river.

The project will also aid in the future delisting of the Cuyahoga River as an Area of Concern (AOC).

Improved water quality and the restoration of the river to its natural state also create better habitat for fish and other aquatic life.

Ohio EPA and the Ohio Lake Erie Commission have partnered with the U.S. EPA, the cities of Akron and Cuyahoga Falls, Summit Metro Parks, Summit County, and others on the project.

With this funding, progress toward the implementation of the Gorge Dam project will continue in 2023.