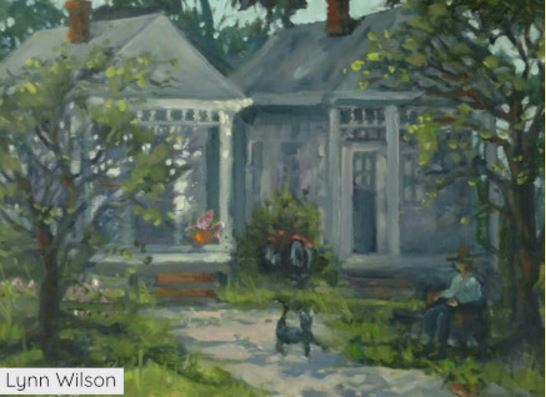 The tiny city of Apalachicola, Florida, is well known in preservationist circles for its abundance of restored 19th-century buildings.

But when it comes to affordable housing, this Gulf Coast community comes up short. A large development of new residential construction has been proposed, but most local folks are opposed to the destruction of the town’s look and feel, not to mention its heritage.

Willoughby Marshall is an architect who lives with his wife in his childhood home. He and others are endorsing a local plan to train job-seeking residents in home construction through the rehabilitation of abandoned, working-class cottages known as shotgun homes. There are dozens of them in an Apalachicola district called the Hill, where black fishermen and mill workers have lived for more than a century.

“Every block has three or four homes that are livable and the rest are abandoned,” said Elinor Mount-Simmons, the president of the Hillside Organization of Laborers for Apalachicola, a community group. “It would be great if the Hill could come alive again as it once was.”

Bonnie Davis, a retired lawyer who moved to Apalachicola from Tallahassee, has embraced the idea that Apalachicola’s architectural past might guide the future as it had in cities like Louisville, Kentucky, and New Orleans, Louisiana, where shotgun restoration programs have been underway for years.

As usual, antiquated local policies and zoning ordinances are making it harder for people to do the right thing. “The zoning effectively made the revitalization of this neighborhood impossible” for anyone who could not pay cash, says Carey Shea, the executive director at Home by Hand in New Orleans, a nonprofit housing developer.

Ms. Shea said that the job-training and home-ownership components would result in “a revitalized neighborhood, affordable housing and job creation.”

Creighton Brown, a recent transplant from New York who devised the restorative development plan, says he is lobbying to modify the zoning restrictions that impede the shotgun project. “There are 100 historic houses that are empty,” waiting for low- and moderate-income Apalachicolans to live in them, he said.

See the Hillside Coalition of Laborers for Apalachicola website.