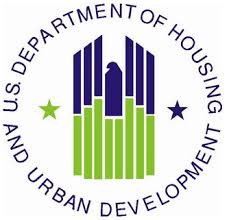 Only units of general local government, as defined in each current NOFA, are eligible to apply. The primary eligibility requirements are that the applicant:

In general, the grant funds can be used to build new affordable housing or econfigure obsolete or surplus commercial space (or extremely substandard, vacant housing) into affordable housing units. The grant funds cannot be used on general infrastructure or commercial development. The funds in the NOFA must be used to assist Units of Local Government that have existing Main Street area rejuvenation projects and have the population and public housing unit limits stated above. Main Street housing units must be affordable to the initial residents that occupy the Main Street housing project.

The FY 2016-2017 Main Street Notice of Funds Availability (NOFA) was issued on February 10, 2016, and announced approximately $500,000 available for award. The deadline date for application submission is April 12, 2016. Per the FY 2016-2017 NOFA, funds will be awarded to eligible applicants that apply in FY 2016 under the above NOFA. FY 2017 funds have not been appropriated for this program as of the publication of this NOFA. HUD intends to award a similar grant in FY 2017 to the highest ranking applicant for the FY 2016 NOFA that did not receive a Main Street grant from the NOFA. The award of FY 2017 Main Street funds for FY 2016 applicants is contingent upon future congressional action. HUD’s intent to award FY 2017 funds to FY 2016 applicants will be announced separately if such funds become available.

Eligible applicants are limited to Units of General Local Government (primarily subdivisions of a State) that have a population of 50,000 or fewer and 100 or fewer physical public housing units within the Local Government’s jurisdiction and that are otherwise in conformance with the threshold requirements in the NOFA.