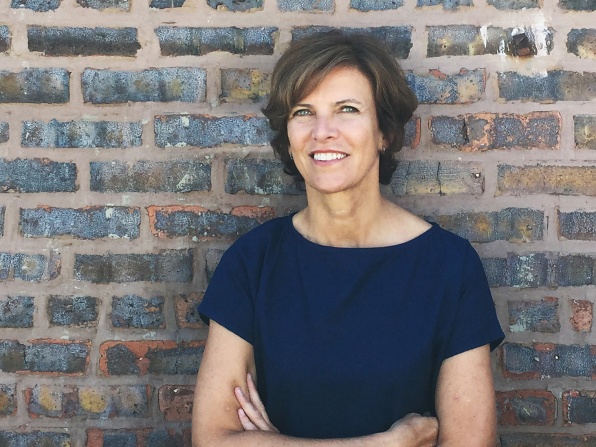 Jeanne Gang, the MacArthur Fellow and architect behind Studio Gang in Chicago, is joined with the Knight Foundation in championing the “use what’s there” strategy for community revitalization that was originally advocated in the 2002 book, The Restoration Economy.

“This approach is really working in regards to buildings that already exist but have fallen into disrepair, or there’s no longer a use for what they were,” says Gang. While architecture has long been defined by new buildings, Studio Gang is thinking sensitively about how we use and alter the buildings that we already have.

Gang and her team have long been engaged with civic revitalization efforts through one-off projects, like their 2015 Polis Station project, a proposal for turning police station into community centers as a way to increase community engagement and combat police brutality.

But now, the studio is working with the Knight Foundation to apply this type of thinking on a much larger scale, by reimagining existing community spaces in Southwest Philadelphia, like libraries, parks, and recreational centers, to fit more precisely with a city’s needs today. Alongside Knight, they’re creating a blueprint for four other Rust Belt cities looking to do the same.

The project part of a $40 million initiative announced last week called Reimagine the Civic Commons that invests in civic buildings in industrial cities that have fallen into disrepair or out of productive and widespread use.

Reimagining the Civic Commons was a new approach for enhancing Philadelphia’s parks, recreation centers and libraries. To support five model projects, Knight Foundation invested $5.4 million through the Fairmount Park Conservancy, a nonprofit organization that exists to champion Philadelphia’s park system, to support five model projects, each in a transitioning neighborhood on the periphery of Center City.

William Penn Foundation provided another another $6 million towards the initiative, in addition to more than $20 million already invested in the projects from other sources. Philadelphia intends to be the first comprehensive demonstration of how a connected set of civic assets – a civic commons – can yield increased prosperity for cities and neighborhoods.

The projects include a riverfront bike and pedestrian trail, a renovated public library and park space, an elevated park, an outdoor youth education center, and a new vision for West Fairmount Park. A mix of local and national nonprofits, business improvement districts and city agencies are leading the projects on the ground.

A year later, Reimagining the Civic Commons has significantly enhanced public interest in Philadelphia’s five model projects. It has also increased collaboration among nonprofit public space leaders and developed a forum for sharing resources and ideas, called the Civic Commons Collective. Through the collective, participants have expanded their thinking beyond their individual missions and towards greater civic goals such as social and economic integration, and potentially a broader policy and advocacy agenda.

The combination of the five projects into a larger framework has also generated new energy and momentum to think more broadly and ambitiously about the powerful role public spaces can play in amplifying the vibrancy of the city. The initiative has informed a deeper understanding of how success will only come through deep collaboration in and out of city government, robust and dynamic public-private partnerships, and a willingness to embrace civic innovation and innovators.