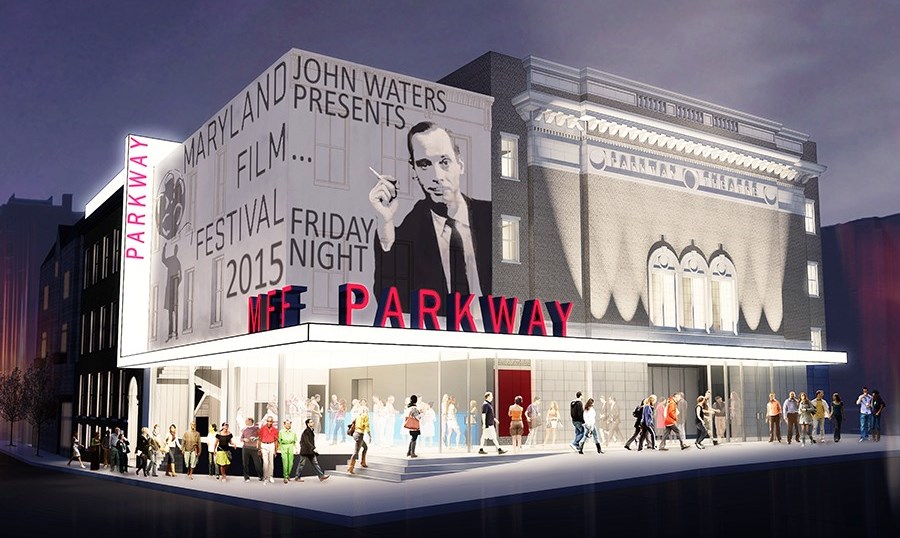 Over the years, we’ve had a couple of articles about the Japanese concept of wabi-sabi, which sees beauty and value in imperfection and decrepitude. 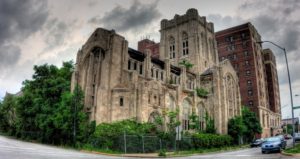 The first was this one, about the City Methodist Church in Gary, Indiana. This grand, Gothic cathedral has been abandoned for almost 50 years. Yet you can see it all over the internet, on Flickr and Instagram, and in movies like Transformers 3. It’s billed as “one of the best known and most popular Midwest locations for urban explorers.”

The church was in the news this week after it became 1 of 33 winners of the Knight Foundation’s Cities Challenge, which awards cities around the country with grant money for their best project ideas. Gary’s Redevelopment Commission will receive $163,333 to transform City Methodist into a more-official tourist destination for the city. 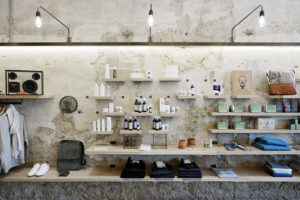 The second REVITALIZATION article on wabi-sabi was this one, about the repurposing of an old building into a retail store in the historic center of Marseille, France.

The designers at Rémy MARCIANO architecte kept the ancient patina on the walls, which makes a dramatic and beautiful contrast to the shiny new furnishings. 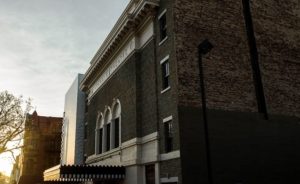 “Is it finished yet?” people ask him when they see the interior of the newly preserved 1915 theater for the first time. “Is that plaster peeling?” “If you had more money, would you paint it?”

The 62-year-old Ziger, brushes the questions aside and explains that the preservation of the Parkway is complete. It’s not, he points out, your typical movie palace redo, returned to its original state of grandeur. Rather, the Parkway is seemingly suspended in a permanent state of deterioration.

The paint throughout the 407-seat, egg-shaped auditorium is mismatched or missing entirely. There are greens and rust reds from the 1920s, shades of brown from the ’50s. A sizable ornament on the plaster proscenium to the left of the newly installed 30-foot-wide screen is missing.

Only two of the 10 oil paintings displayed in large oval frames below the domed ceiling remain; the others were stolen by thieves over the years. The plaster on the walls looks new in some places and appears on the verge of crumbling in others. (In reality, it’s sealed and isn’t going anywhere.) 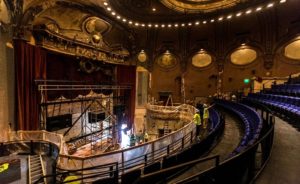 The restoration was paid for via a $5 million grant by the Stavros Niarchos Foundation, plus funding and support from Johns Hopkins University, The Maryland Institute College of Art and the Maryland Film Festival. Additional support was provided by the State of Maryland, foundations, corporations and individuals.

Located in Baltimore’s Station North Arts and Entertainment District, the rescued Stavros Niarchos Foundation Parkway will serve as home for the Maryland Film Festival (MdFF), owner and operator of the theater.

Featured rendering courtesy of Ziger/Snead Architects. Other images courtesy of the Parkway Theater.