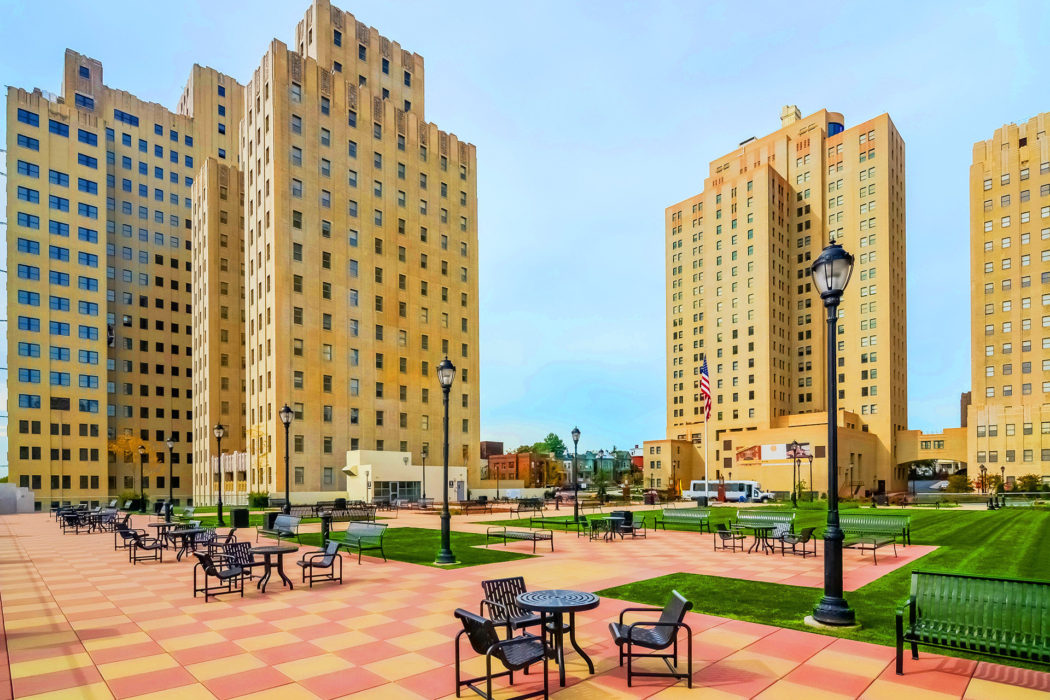 MGNY had relied on historic photos, plans and detailed drawings of The Hague to assist in the restoration and re-fabrication of missing and damaged elements and the recreation of window openings and entrances that had been sealed for decades, turning the ruins into a restored residential space.

Constructed in 1928, the former Margaret Hague Maternity Hospital was part of the Jersey City Medical Center complex, an architectural landmark built in 1882 and one of the first medical centers in the U.S. By its completion in 1941, the complex had ten major buildings and two million s/f in total.

Building and Land Technology (BLT) has now opened the doors to Hague, a significant milestone that represents considerably more than the launch of a new 241-unit luxury rental building in Jersey City.

As the sixth apartment building to open within The Beacon, Hague completes the effort to restore a collection of iconic architectural gems and transform them into an urban residential destination.

With the final piece of the puzzle now in place, The Beacon stands as a national success story, a cherished piece of Jersey City’s storied past reborn as a modern living experience that is home to more than 2,000 residents, 1,155 residences, incomparable amenities and an unparalleled offering of outdoor space.

See full article about the award.