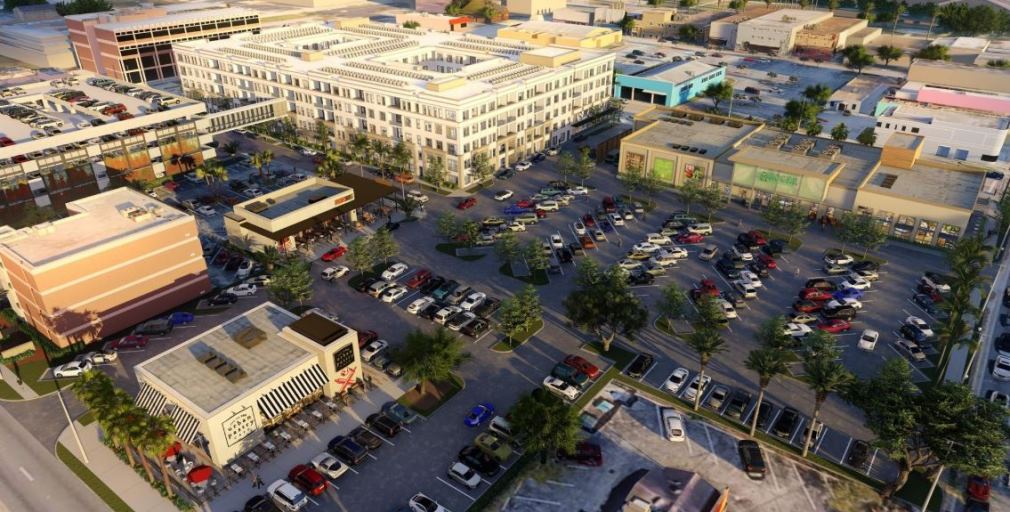 In the efforts to revitalize Daytona Beach, Florida’s troubled core beach area, and continue the redevelopment of its riverfront downtown, city officials have often been told to use the “incremental redevelopment” strategy.

That involves looking for modest-but-achievable ways to reclaim abandoned businesses, repurpose weed-filled parking lots and remove outward signs of decay. The hope is that larger, more transformative projects will be attracted by the increased confidence in the local future that’s inspired by these small-but-steady improvements (as described in this Preview of Storm Cunningham‘s upcoming third book, RECONOMICS: The Rise of Resilient Prosperity.) 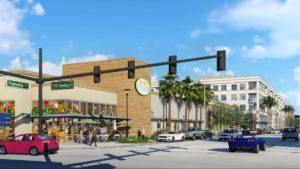 But locally-based Consolidated-Tomoka Land Company isn’t waiting around for that incremental change. In February of 2019, the property investment firm proposed two major projects—one on beachside, the other on property adjacent to the Beach Street shopping district—that could accelerate the revitalization of communities that desperately need help.

Daytona Beach has seen developers weave castles in the air before, and watched them collapse and blow away just as readily. This is different because Consolidated-Tomoka executives understand the challenges and opportunities in the Daytona Beach market far better than any out-of-town developer could. They’ve seen the blight around Main Street, the panhandlers and open drug use within blocks of the city’s beachfront and along Ridgewood Avenue. They know what they’re getting into.

After triggering a surge in new homes and commercial development along LPGA Boulevard, the firm is now turning its sights on Daytona Beach’s downtown and beachside. 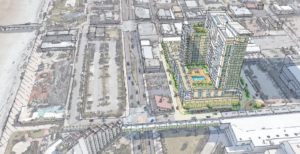 The conceptual plan for Project Delta calls for developing a five-story “Class A” apartment building on the corner of Bay and Palmetto as well as a multi-story parking garage at Ridgewood and Bay, with both structures connected by a covered pedestrian overpass. The buildings would include street-level retail shops.

They also proposed to redevelop the city-owned block currently used as overflow parking for the Hilton include 16,000 square feet of street-front retail along Auditorium Boulevard directly facing the Ocean Center, a four- to five-story parking garage, and above it an apartment or condo tower potentially rising an additional 18 stories.

Included in the redevelopment project would be a covered pedestrian overpass extending over A1A to connect the Ocean Center and the Hilton Hotel.

Consolidated-Tomoka Land Company is a publicly traded real estate company, with a portfolio of approximately 2.4 million square feet of income properties, as well as approximately 5,400 acres of land in the Daytona Beach area.

All images courtesy of Consolidated-Tomoka.

See editorial in the Herald-Tribune.

See article by Clayton Park in the Daytona Beach News-Journal.