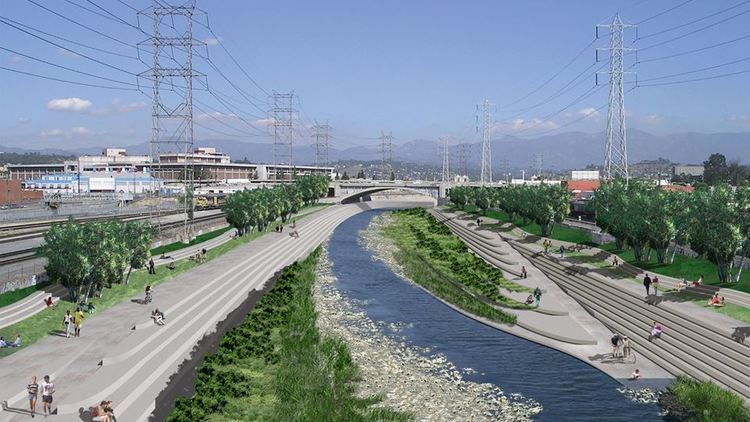 The concrete-line trickle we call the LA River is one step closer today to rebuilding itself into something that actually resembles a river.

The Civil Works Review Board of the U.S. Army Corps of Engineers unanimously approved a $1.3 billion revitalization plan on July 16, 2015 in Washington, D.C.

There’s already been a recent flurry of excitement along the river, but the approved plan would reestablish natural habitats and add new recreational elements along a 11-mile stretch between Downtown LA and Griffith Park.

The Los Angeles River starts in the Simi Hills and Santa Susana Mountains and flows through Los Angeles County, California, from Canoga Park in the western end of the San Fernando Valley, about 48 miles (77 km) southeast to its mouth in Long Beach, California. It now flows through an ugly concrete channel that has long-retarded revitalization along its course.

Environmental groups and park advocates support removal of concrete, and the restoration of natural vegetation and wildlife. Portions now have earthen bottoms and restored habitat. There are also plans for a series of public parks and trails along the river’s city frontage in Los Angeles.

Before the opening of the Los Angeles Aqueduct, the river was the primary source of fresh water for the city. Although the Los Angeles region still gets some of its water from the river and other local sources, most comes from several aqueducts serving the area. The river suffers pollution from agricultural and urban runoff.