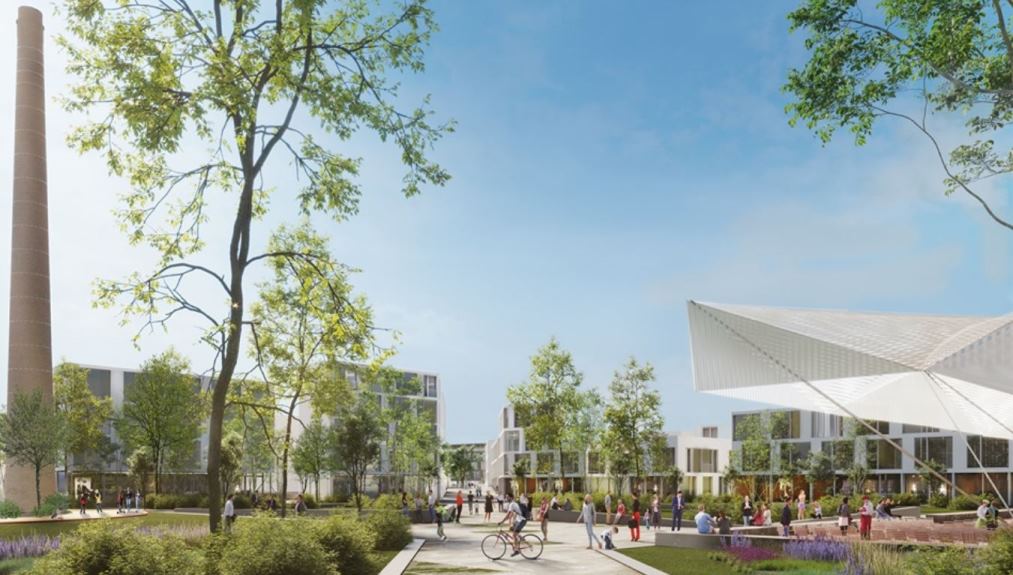 On June 12, 2020, British-based engineering firm Arup’s masterplan for the redevelopment of an 11-hectare (27.5 acres) former industrial site in the city of Pavia, south of Milan, Italy won an invitation-only private competition.

The competition was launched by private developer PV01.RE Srl, with a design for a sustainable mixed-use redevelopment favoring active transport modes and green infrastructure.

Arup’s masterplan, named Supernova, pays homage to the area’s industrial past as a key manufacturing hub for Italy’s famed sewing machine, the Necchi.

“The regeneration of the former Necchi site in Pavia is an ambitious project, where we aim to create a new sustainable vibrant and attractive community, which is rooted in the history and projected towards the future. For such a challenging project we appointed Arup, an independent design firm well-known for its total design approach and with whom we share the same values,” said Paolo Signoretti, CEO of PV01.RE srl. 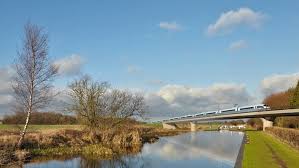 Celebrating both its industrial heritage and agricultural surrounds, our architects, planners and sustainability consultants have designed a pedestrian and bike friendly mixed-use urban regeneration proposal that includes smart living accommodation and student housing as well as retail, office and a new hotel facility.

Located to the north of the city, the former Necchi area is demarcated by the existing Milan-Genova railway line to the west and the Naviglio Pavese canal to the east.

Mobility and integration are two key design drivers for this new vision, which seeks to seamlessly stitch the area back into the city and bring it closer than ever to Milan. Pavia’s Supernova redevelopment will be serviced by a new Pavia Nord station on the SS13 line, connecting to Milano Rogoredo in 19 minutes.

Opening onto a large new square, arriving passengers will easily transit from the station to the rest of the site by means of an ample, well-lit pedestrian and cycling underpass under the rail tracks.

Beyond strong connections with Pavia’s historic city centre, Supernova will also be integrated with surrounding areas including San Matteo hospital and Cittá Giardino.

The strategic urban regeneration looks to preserve iconic buildings, including the entrance building to the former Necchi Factory and the industrial chimney as memories of the area’s prestigious industrial past.

In a nod to the surrounding agricultural land and orchards – and retaining some of the overgrowth that spontaneously took over after the site fell in disuse – the redevelopment will boast expansive green infrastructure integrated into a mix of sport and open-air spaces. Supernova will boast an extensive cycle and pedestrian network crisscrossing a main diagonal retail thoroughfare departing from the new train station square to the Navigli canal and Pavia city center.

Embracing circular economy principles, the design looks to salvage materials from any demolitions and soil remediation works to re-use as new landscaping features and buildings.

Based on a series of strategies to reduce CO2 emissions during construction and in future operations, the design responds to demanding de-carbonization objectives. This reduction in Co2 emissions, estimated to be equivalent to 89.000 tCO2, will be achieved through the extensive use of timber technologies for construction, combined with the use of district heating and the widespread planting of trees.

“Quality of life and proximity to nature, combined with solid accessibility and connectivity links, will put medium-sized cities such as Pavia in a position to attract more businesses – and new residents. Sustainable redevelopments such as Our Supernova masterplan create the conditions for this step change,” said Stefano Recalcati, Arup’s lead Urban Designer in Italy, and Technical Lead for the Supernova redevelopment.

Arup was initially appointed as the lead Urban Planner and will soon extend to provide the Architectural design of the whole complex.

All images courtesy of Arup.