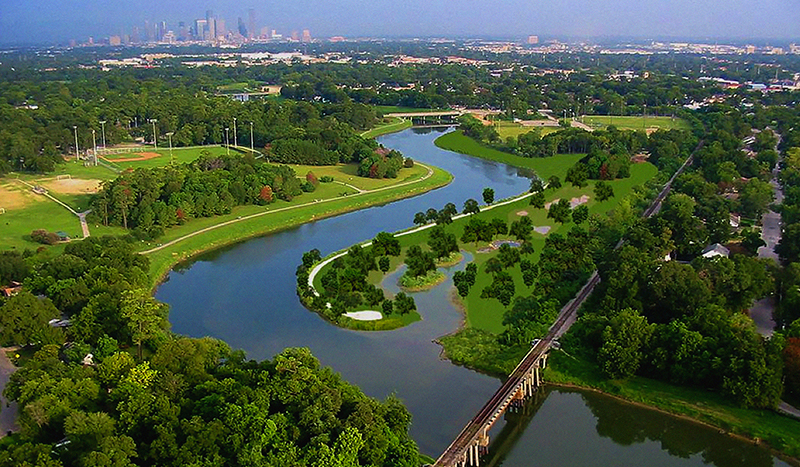 Note from Storm: Houston‘s wonderful Buffalo Bayou restoration and revitalization program was the Featured Article in the inaugural issue of REVITALIZATION (April 15, 2015). But I can’t get enough of this great undertaking, so here’s another article on it, this time from the Urban Land Institute (ULI).

From ULI’s article: Across the United States, a number of cities are attempting to restore and rediscover their urban rivers. In New York City, the once-blighted Bronx River is being cleaned up and its coast revamped with greenbelts, bike paths, and playgrounds.

On the opposite coast, Los Angeles has proposed transforming its long-neglected river channel into a green spine with parks, trails, and even boating activities. In between the coasts, Austin, Texas, wants to develop an unbroken greenway along Waller Creek, and Grand Rapids, Michigan, planners hope to remove dams in the downtown river to restore the city’s namesake waterway.

But one of the largest and most ambitious efforts is occurring in Houston, where the waterways are called bayous. There, Buffalo Bayou Park near downtown is undergoing a $58 million redevelopment, scheduled to be completed this year, that is adding trails, perennial gardens, public art, entertainment pavilions, dog parks, and acres of new natural landscaping.