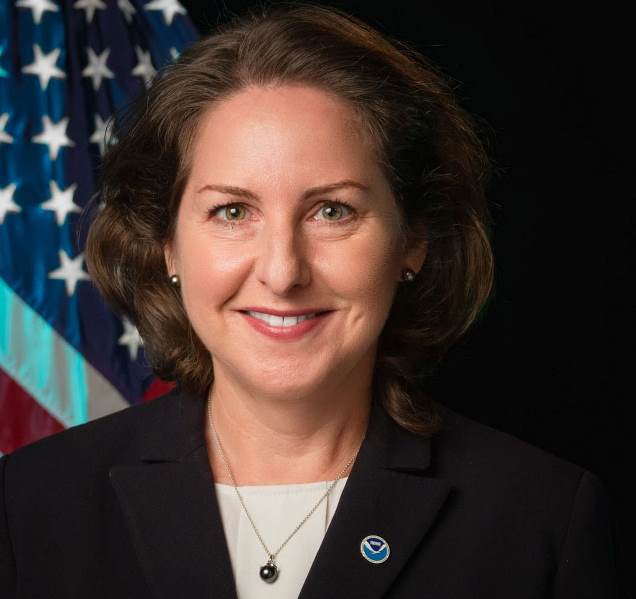 This spring, the world watched as two vacation homes in North Carolina were swallowed by the Atlantic Ocean and broken to bits on the sand.

It wasn’t the first time that a camera recorded such destruction.

What made the event startling was that it didn’t result from a hurricane or other natural disaster but from a strong, slow-moving but otherwise unremarkable storm.

The contrast of the average weather and not-so-average property loss was riveting.

Similar scenes are playing out from California to Massachusetts, from Florida to Texas.

When asked about this recent event in his home state, William Sweet, NOAA National Ocean Service scientist and sea-level rise expert, told reporters the weather had pushed water levels about 2 feet above what is commonly dry land at high tide that day, causing a condition that is becoming a new normal along these coastlines.

NOAA tracks water levels at 142 tide stations across the nation to better understand the impacts of such changes in sea levels.

Some stations have operated for more than 150 years while new ones come online each year. As a result, we know that in many areas, places that were once inland are now inundated more often, even during average storms or sunny days.

NOAA’s research team documents the changes each year and, as a part of the 2022 Interagency Sea Level Rise national report, is projecting a rise in sea levels of many locations of about 10-12 inches in the next 30 years.

This will be as much as the rise measured during the past 100 years. Models also indicate that by 2050, moderate flooding — the flooding that causes damage — will occur, on average, more than 10 times as often as it does today.

Climate change does not discriminate. Waves hit beaches, storms sweep inland and entire communities come to a screeching halt as a result of the endangered lives and property destruction during surges and floods.

Everyone feels the impact when essential infrastructure, such as roads, refineries, schools and hospitals, is hobbled by the encroachment of sea-level rise.

Many of the communities most affected by our changing climate already are vulnerable for other reasons. These are often low-income areas and communities of color.

After recent hurricanes, for example, some residents in these communities don’t have adequate resources to evacuate, much less to recover or adapt. Climate change impacts also are compounded by other crises, such as the COVID-19 pandemic.

While there has been a widely held perception that climate change will impact other nations first, our data are showing it is happening here, on our own shorelines. We need to begin adaptation now, knowing that some of our communities will need more help than others to survive.

The nation’s ocean scientists are ready to provide the data needed to help create a more equitable climate-ready nation.

At NOAA, we have long-standing partnerships with communities already feeling the impacts of climate change, and we are committed to reaching those who long have been marginalized to better understand their climate adaptation needs.

Considering equity and diversity in the design and delivery of NOAA’s climate information helps us inform decision-making with a wide variety of perspectives, and it will help us improve how we collect climate-related information for the future.

Every one of our coastal and Great Lakes shorelines is being affected by climate change. NOAA’s tide gauges may measure the rise in sea levels, but our nation’s decisions on adapting to climate change ultimately will be the legacy we leave for the next generation.

Whether what’s at risk is your second home, your ancestral home or the only home you’ve got, your voice is needed to help us deliver the information you need to make informed decisions about your future.

At NOAA, we have an opportunity to put science to work in new and important ways, but it is up to all of us to ensure that no one — rich or poor — is left out of the conversation or our climate-resilient future.

This opinion piece originally appeared in The Post & Courier, and was written by Nicole R. LeBoeuf, the assistant administrator for the National Oceanic and Atmospheric Administration’s National Ocean Service.