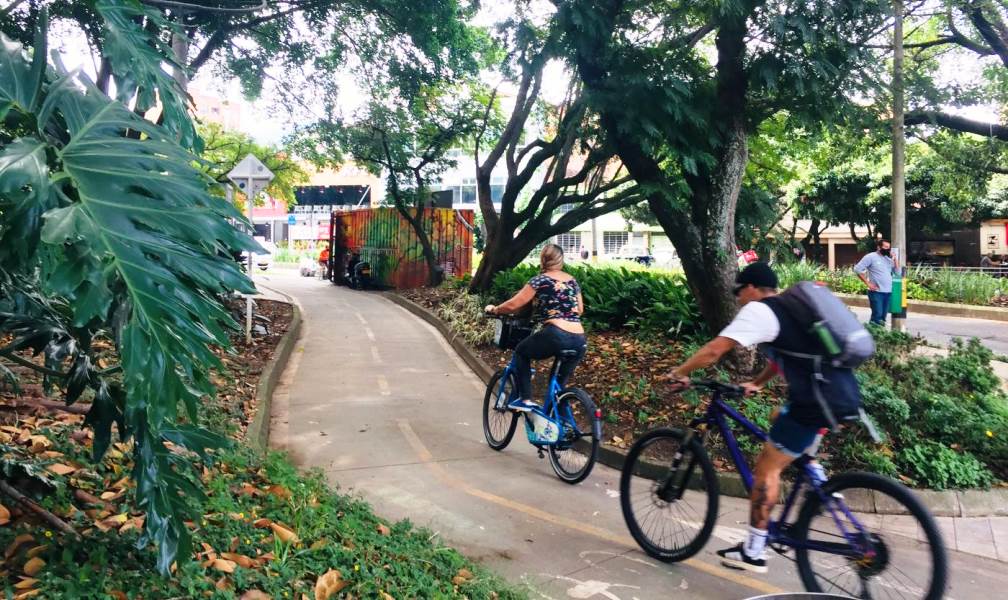 Street vendor Jesus Rodriguez walks along leafy sidewalks, moving from the shade of one tree to the next, as he peddles coffee and snacks from dawn till dusk in downtown Medellin, Colombia.

“I always try to seek the shade,” he noted, taking a break as the morning sun rose over the mountain valley, pushing temperatures toward 30 degrees Celsius (86 degrees Fahrenheit).

“You can really feel the difference in heat when you’re in the shade and when you’re not,” the 68-year-old told the Thomson Reuters Foundation.

Growing parts of the world—including Canada and the United States—are grappling with unprecedented heatwaves as the planet’s climate warms.

Cities are on the frontline of efforts to keep people safe and to ensure buildings and public spaces are better designed to offer cooler areas for residents.

As climate change drives rising temperatures globally, nearly 3.5 billion people will face heat threats by mid-century, half of them in urban centers, found a 2020 study by climate scientists.

“We’re known as the city of eternal spring – but we feel the rising temperatures. It’s getting hotter each year,” said Johan Londoño, Medellin’s interim environment secretary. 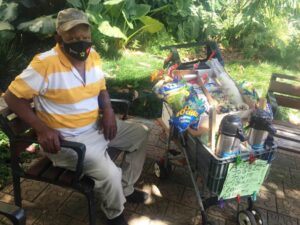 Street vendor Jesus Rodriguez takes a break at a shady spot in the city center.

Started by Medellin’s previous mayor in 2017 and now maintained by the current administration, 30 “green corridors” provide an interconnected 20-km (12.4-mile) network of shady routes including new bike lanes and walkways across the city.

According to city hall, the $16.3-million initiative has helped reduce average temperatures in parts of Medellin.

Tens of thousands of native trees, tropical plants, bamboo and palms have been planted along sidewalks, riverbanks and busy traffic thoroughfares, as well as in squares and parks.

That has provided shaded places for residents to travel and gather, and for those like coffee vendor Rodriguez to work in.

“It’s about bringing nature back to citizens,” said Londoño at the mayor’s office. 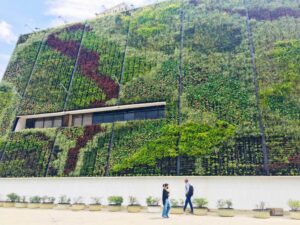 A vertical garden (green wall) on a city hall building in Medellin.

The green corridors project has targeted “heat islands” in the city – urban areas with temperatures often significantly higher than outlying or rural areas.

According to city hall, the project has reduced Medellin’s urban heat island effect by 2 degrees Celsius (3.6F) since 2018.

Concentrations of concrete and black tarmac roads in such areas absorb the sun’s heat and then radiate it back out, keeping cities hotter even after sunset, according to the United Nations Environment Programme (UNEP).

In Medellin, officials have tried to counteract that effect by creating more leafy public spaces and parks.

They have also greened formerly heat-trapping infrastructure – including metro stations, pillars and bridges – as well as installing green roofs and vertical gardens on government buildings to absorb the heat.

“Public space can’t be grey and full of cement. You have to change the concept of public space. We have to live together with nature,” said Natalia Urrego, Medellin’s infrastructure secretary.

But making changes is not cheap and they need the backing of residents, who were at first surprised to see city hall investing in the green corridors project and questioned why so much was being spent on plants, Urrego said.

“They would ask how much this costs from taxpayers’ money and why wasn’t a school or sports pitch built instead?” she recalled.

Maintaining the city’s green corridors costs about $1.50 per square metre every two to three months based on work done by 150 gardeners, she noted.

“It’s a big investment,” she said, adding that city hall is looking to forge partnerships with private investors and businesses who could sponsor a corridor.

Fernando Vasquez, one of about 75 gardeners trained at Medellin’s botanical garden for the project, said he gets satisfaction from seeing the trees he planted grow tall and knowing his work is valued.

“I often get people coming up to me and congratulating me on the work we do. People know this brings benefits and it’s nice to see people enjoying the green public spaces,” said Vasquez, crouching as he added fertilizer to yellow potted plants.

“But you still get people stealing small plants and selling them,” he admitted. 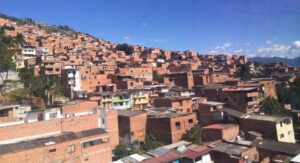 A view of hillside slums without significant green plantings in Medellin.

Curbing rising heat will require city leaders and planners to focus more effort and money on such nature-based solutions and target them in the most vulnerable poor neighborhoods, said Juan Bello, head of UNEP‘s Colombia office.

Those communities are most exposed to climate change and “to the lack of green infrastructure”, he added.

But putting the idea into practice requires “a shift in investment priorities,” with governments and city leaders still spending too little on climate-friendly solutions despite pledges to promote a green COVID-19 recovery, he said.

“Down here it’s cooler, but up there it can get real hot,” said coffee vendor Rodriguez, pointing to the hills above the city where he lives.

All photos are by Anastasia Moloney / Thomson Reuters Foundation.

This article by Anastasia Moloney (edited by Laurie Goering and Megan Rowling) was originally published on the website of the Thomson Reuters Foundation. Reprinted here (with minor edits) by permission.