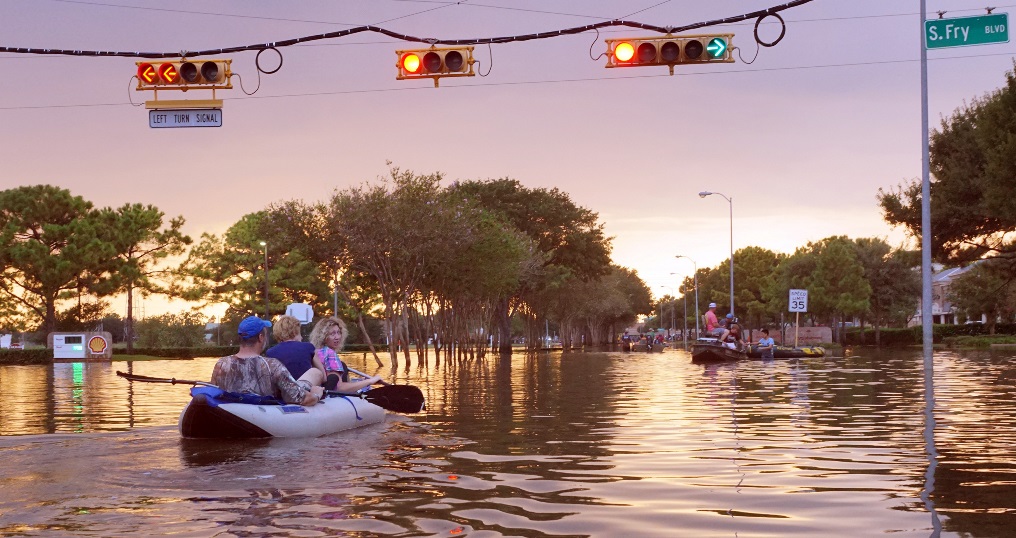 Those who have read the preview of RECONOMICS—my (Storm Cunningham) upcoming third book—know that the single most important goal of any community revitalization initiative is rebuilding confidence in the future. With that, new residents, employers and investors are attracted, and existing ones are more likely to stay.

But climate change—and related sea level rise—is destroying that confidence in coastal communities everywhere, especially the low-lying ones. In such cases, residents and local leaders increasingly talk about relocation, rather than revitalization. Adaptation by abandonment, in other words.

Besides undermining local efforts to revitalize, this uncertainty about the future is undermining mental health, as stress mounts from not being able to rely on what previous generations took for granted. 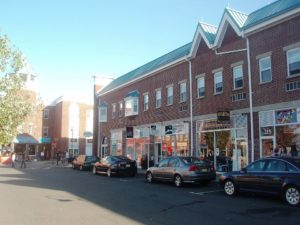 When community leaders in the town of Piermont, just north of New York City, ask residents, “How long do you want to live here?” the question is more than a personal one.

Piermont, parts of which are set on a narrow peninsula that juts out into the Hudson River, is hugely at risk from rising sea level rise linked to climate change, and may become one of the early U.S. communities that need to retreat to higher ground.

Right now, flood walls can buy time. But in Piemont, “retreat has been on the agenda for a long time,” said Kristin Marcell, who has helped residents discuss the idea as part of her job with the New York State Water Resources Institute.

As seas steadily swallow coastal land around the world, hundreds of experts gathered this week in New York for a first-of-its-kind global gathering on climate migration linked to land loss.

At the top of the agenda was a tough question: How soon will people want to move on when their homes and communities are at huge risk but not yet gone?

“Sometimes when talking to communities about retreat … what they really, really want is for everything to be the way it was two decades ago,” said A.R. Siders, an environmental fellow at the Harvard University Center for the Environment. “And one of the harshest realities about climate change is that the future will not look like the past … It will never be as safe, it will never be as secure and you will never be able to build the way your grandparents did.”

In the United States, a range of coastal communities are currently planning to move, from indigenous villages in Alaska to others in Louisiana. That harsh reality is prompting scientists – who have long issued warnings about the growing threats from climate change – to now shift to looking at how to move ahead when the battle is already partly lost.

Scientists predict sea levels are on track to surge by at least one meter globally by 2100 due to climate change.

Dealing with worsening land losses can take a massive toll on communities who are preparing to uproot themselves as their homes vanish under their feet, said Robin Bronen, who heads the Alaska Institute for Justice.

The group has been working with 15 remote coastal Alaskan communities facing imminent climate-related threats, she said at the gathering at Columbia University. “There’s an enormous amount of grief from leaving these places,” she said.

Shavonne Smith, the environmental director of the Shinnecock Indian Nation, a tribe in New York, said that community has found “a great source of pride” in putting in the work to try to save its coastline – and a cemetery just feet inland.

Volunteers have helped install heavy boulders and grow oyster reefs that now help break waves that once ate away at the beach. “All of this is to try to protect their homeland, to slow down what’s inevitably happening to them,” she said.

But the ominous day is coming when the tribe will have to abandon its land, she said – something that is a huge worry.

“What happens when you take Jimmy, you take him out of his familiar area, you put him over here with new people that maybe don’t have anything in common with him?” she asked. “This conversation needs to really, really include what is the mental health” situation of the person moved, she said.

But with the United States only starting to grapple with climate-induced retreat, the notion that it will bring about a unique set of mental health issues is barely on the map, said Susanne Moser, a social science researcher at Stanford University.

The landmark National Climate Assessment published last year by federal authorities mentions that “climate-related events can have lasting mental health consequences in affected communities”. But “we have not turned adaptation (to climate change) into a trauma-informed field,” Moser said.

And it is not just those who will be forced to relocate who will suffer mentally, she added.

The new and growing category of professionals whose work involves planning for and dealing with worsening natural disasters as a result of climate change will face their own trauma, she said.

About 80% of Americans who assist climate-vulnerable coastal and urban communities in dealing with growing threats say they have experienced burnout in their work, according to preliminary results of an ongoing survey by Moser and her colleagues.

Most of the staff surveyed in three organizations of climate professionals said they felt on an almost daily basis they were not doing enough to address climate change, the results showed.

Comparatively, 23% of employees in the United States said they very often or always feel burned out from their jobs, polling firm Gallup said last year.

“There is a growing concern” about such mental health risks, Moser said. “We haven’t been trained for this.”

This article (not including the opening three paragraphs) by Sebastien Malo—edited by Laurie Goering—originally appeared on the Thomson Reuters Foundation website. Reprinted here (with minor edits) by permission.