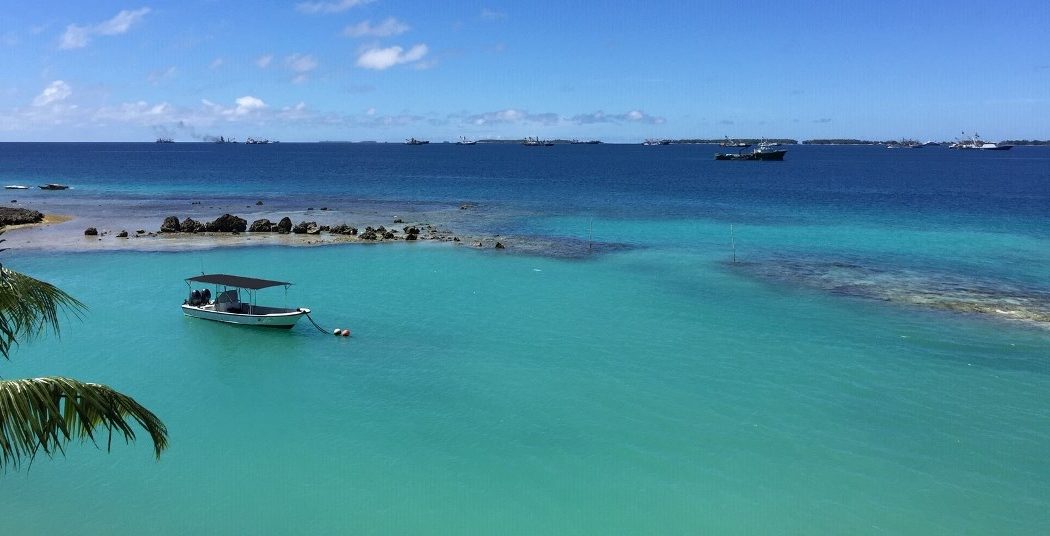 The Republic of the Marshall Islands (RMI) is a large-ocean state with a total land area of only 182 square kilometers, spread across over two million square kilometers of ocean. There are 24 inhabited atolls and islands, which are mostly remote and lie merely 2 meters above sea level on average. There are no rivers, streams or lakes in RMI and the number of small surface ponds is very limited. 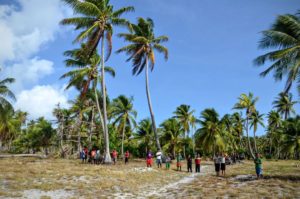 Based on data from two rainfall recording stations operational since 1945 and 1955, the rainfall in RMI overall has steadily declined over the last 45 years. Warming trends are evident, with mean temperatures showing a statistically significant upward trend. Data indicates the number of warm days is increasing and cool nights decreasing.

Historic observation data indicate that the sea level has risen near Majuro by about 7mm per year since 1993. This is larger than the global average of 2.8–3.6 mm per year. King tides (very high spring tides that typically occur between November to March – not the result of storm surge) are a common phenomenon in RMI and the consistent inundation from tides and tidal/storm surge flooding compromises groundwater as a potential drinking and cooking water source. Now, some help is on the way.

On July 7, 2019 at its 23rd Board Meeting in Songdo, Korea the global Green Climate Fund approved US$18.6 million in financing for the RMI. The money will help the low-lying atoll nation build resilience by adapting to increasing climate risks, particularly more frequent and extreme droughts which are impacting the country’s freshwater supply. 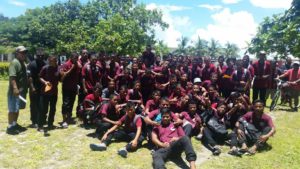 “RMI, as with many small island developing states (SIDS), has had little if anything to do with causing global climate change, yet we must now cope with the consequences,” said RMI’s Director Office of Environmental Planning and Policy Coordination, Clarence Samuel. “With the support of the Green Climate Fund we will address one of our key priorities – water resilience.”

Currently, the people of RMI still do not have year-round access to safe freshwater supply for drinking, cooking and sanitation. Intensifying droughts, driven by climate change, are worsening the situation.

The new 7-year project, supported by the UN Development Programme and co-financed with $6 million from the national government, aims to secure year-round access to safe freshwater for over 15,500 people living on 24 of RMI’s most vulnerable outer atolls and islands (with at least 20 liters of drinking water person per day). The project feeds into RMI’s efforts towards clean water and sanitation (SDG 6), gender equality (SDG 5) and climate action (SDG 13) under the Sustainable Development Goals. Overall the project will benefit all Marshallese – more than 55,000 people – through its national-level capacity-building and policy programme. 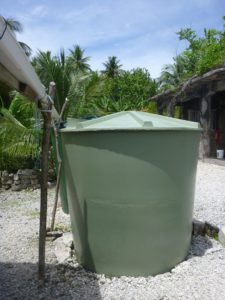 At the local level, the project will focus on improving rainwater harvesting systems and storage for homes and communities, including improved guttering and downpipes and additional storage. Groundwater wells will be protected from king tides, storm surges and contamination by raising the height, covering them and installing hand pumps.

The empowerment of women and youth is a key ambition of the project which, with the University of the South Pacific, will roll out a certification programme on climate change adaptation and disaster risk reduction, and conduct inter-island knowledge exchange visits, sharing experience and practice on water conservation.

At a national level, the project will work closely with government partners to improve the management of climate change risks and water governance. National-level contingency plans and water safety plans will be updated, standard operating procedures for drought response developed, and government officials trained in drought management.

“We have a long history of successful partnerships with the Government of RMI in areas from governance to renewable energy, gender, and natural resource management and are pleased to now support RMI in this climate adaptation initiative,” Bouadze continued.

Changes in weather patterns or extreme events have profound effects on communities and the economy. The estimated ost of responding to the severe drought in 2015-2016 was reported to be approximately US$1.3 million with total post-disaster recovery estimated at US$3 million – nearly 4.5 percent of the country’s GDP of US$115 million. The new project will improve the capacity of Marshallese to respond to extreme droughts, thereby avoiding such costs.

Responding to the impacts of drought is logistically complex and expensive due to the remoteness of atolls and islands. With projections indicating droughts are to become longer, more severe and more frequent in RMI, without a long-term solution, the government will continue to spend scarce public financing on disaster response.

The United Nations Development Programme (UNDP) partners with people at all levels of society to help build nations that can withstand crisis, and drive and sustain the kind of growth that improves the quality of life for everyone. On the ground in nearly 170 countries and territories, they offer global perspective and local insight to help empower lives and build resilient nations.

UNDP was one of the first organisations accredited by the Green Climate Fund in 2015, and is one of the largest brokers of climate change grant support to developing countries.

Featured photo shows an outer atoll in the Marshall Islands © Christine McCormack. All other photos courtesy of Jose Erezo Padilla/UNDP.

Learn more about the “Addressing Climate Vulnerability in the Water Sector (ACWA) in the Marshall Islands” project.