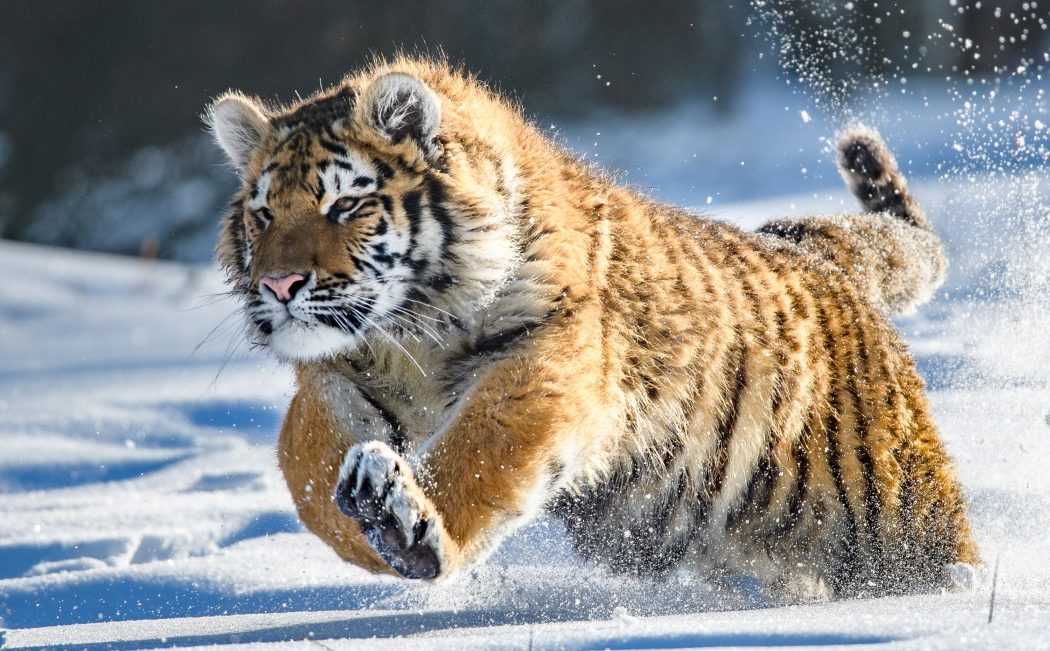 On July 23, 2019, I (REVITALIZATION publisher Storm Cunningham) participated in a Congressional Briefing on the 2019 Wildlife Corridors Conservation Act at the U.S. Capitol in Washington, DC.

The Wildlife Corridors Conservation Act is intended to establish a National Wildlife Corridors System to “provide for the protection and restoration of native species and their habitat in the United States that have been diminished by habitat loss and fragmentation.”

The Act would grant the U.S. Department of the Interior authority to collaborate with other key agencies, states, tribes, and private landowners to develop a strategy for creating a national system of wildlife corridors. 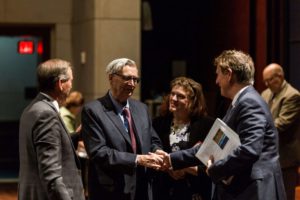 It’s anticipated the bill will be reintroduced in 2020 by additional Congressional champions, hopefully broader bipartisan support. That was the purpose of the briefing, where the crowded room spilled out into the hallway.

“The National Wildlife Corridors Conservation Act would provide the most important step of any single piece of legislation at the present time in enlarging the nation’s protected areas and thereby saving large swaths of America’s wildlife and other fauna and flora,” said Dr. E.O. Wilson.

Among a number of other goals, the Act would: 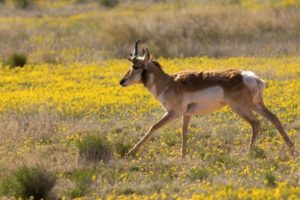 Scientists have shown that connecting wildlife habitats is critical to conserving biodiversity in the face of climate change, which will increasingly trigger geographical shifts for wildlife populations, plant communities, and ecological processes.

The Wildlife Corridors Conservation Act would help safeguard native flora and fauna throughout the U.S., and can serve as a model for other regions of the world.

Fully implemented, the Wildlife Corridors Conservation Act would benefit many species of wildlife, from wide-ranging wild cats and pronghorns to grizzly bears and butterflies. 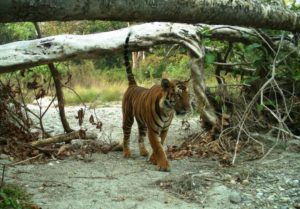 In 1850, a tiger’s pawprints could be found in both the hardpacked snow of Siberian forests and the soft beach sands of Bali. Tigers roamed from the edge of Europe at the Caspian Sea to the shores of the Pacific. To walk into most of Asia’s forest at that time was to enter the domain of one of the most impressive apex predators on the planet.

Upwards of 100,000 tigers ruled the continent’s wilderness then. Far from tyrants, their reign as a keystone species at the top of the food chain allowed countless species and ecosystems to flourish in their dominion.

Today, the tiger’s range is a mere 7 per cent of what it once was. Their numbers, a mere fraction. Fewer than 3,800 tigers are thought to remain in the wild in only 13 countries. And in most places, their habitats are sparse and fragmented, confining the long-ranging predator to small pockets of protected areas.

But in one country, the tiger has found asylum. In Bhutan, Royal Bengal tigers can roam a contiguous habitat across the country that extends from lowland subtropical jungles to subalpine forests 4,500 metres up mountain slopes. With 71 per cent of the country under forest cover, and over half of the country designated as a protected area, a resident tiger has freedom to range almost anywhere along its natural corridors.

This in part explains their abundance in Bhutan. The country has double the concentration of tigers of any other.

Conservation efforts have also contributed massively to this unusual density. “The Royal Government of Bhutan is committed to protecting the tiger,” says Lobzang Dorji, Director of Bhutan’s Department of Forests and Park Services. “We recognize the immense value this creature has for our ecosystems and our country and we want to do all we can to ensure its survival.”

The tiger benefits from strict protections in Bhutan, as it does in many other range countries. Despite this, poaching remains a constant threat no matter where tigers are found.

One of the keys to tiger survival will be guaranteed habitat. In this aspect, Bhutan excels. Bhutan’s constitution mandates the government to maintain at least 60 per cent forest cover in perpetuity, ensuring a long-term stable environment for the tiger.

Bhutan’s biologists are also hard at work. Last year, a team from the National Tiger Centre trapped and radio-collared a young female, a first. The team even went so far as to test the snares on themselves to ensure the tiger would be unharmed by the process.

Now able to monitor the position of the tiger, Bhutan’s conservation officials are using the data to map wildlife corridors and head off human-tiger conflicts.

But even in this mountain sanctuary, the tiger is not out of the woods. “Securing the future of tigers require multiprong strategies,” says Dorji. “For a mountainous country like Bhutan, climate change is a real threat for tiger survival.”

Climate change projections predict heavier monsoons and increased temperatures in Bhutan. These factors will cause farmers to migrate to higher elevations to maintain consistent conditions for their crops. This may in turn lead to diminished habitat for wildlife and more human-tiger conflict. 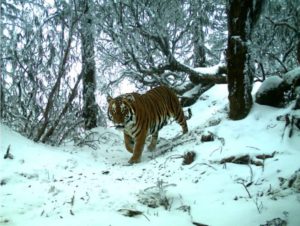 The UN Environment Programme is working closely with the Government of Bhutan and the Global Tiger Center to counter these challenges through the Vanishing Treasures Programme, which is funded by the Government of Luxembourg. The program helps safeguard the survival of flagship mountain species in various countries, including the Royal Bengal Tiger in Bhutan.

Matthias Jurek, Programme Officer at the UN Environment Programme, said, “Through Vanishing Treasures we are working to protect iconic species like the Royal Bengal Tiger. Among other initiatives, we will be working to improve information sharing between climate researchers and conservationists so that the latest data on climate change can be employed to protect wildlife.”

The project will also support green infrastructure development, incorporating habitats and wildlife corridors into infrastructure planning. And as farmers may be on the front lines of human-wildlife conflict, the project will also work to increase resilience of ecosystems and productivity of agricultural lands. This will help reduce the agricultural footprint and provide higher incomes to discourage poaching.

With its thriving tiger population, Bhutan is at the heart of global efforts to protect the famous species. Bhutan will look to share its lessons learned as it hosts the second iteration of the International Tiger Summit in 2020. The first International Tiger Summit in 2010 prompted US$330 million in pledges to double the number of wild tigers by 2022.

For Dorji, there is no understating the importance of protecting the tiger. “Tigers are very important to Bhutanese culture and our landscape. If we lose the tiger we lose a part of who we are.”

If you are in the U.S., please learn more about the Wildlife Corridors Conservation Act—and sign the petition—at the links below.

Learn more about the Wildlife Corridors Conservation Act on the Wildlands Network website.

The portion of this article about Bhutan originally appeared on the website of the UN Environment Programme. Reprinted here (with minor edits) by permission.

Sign a petition to support the Wildlife Corridors Conservation Act.