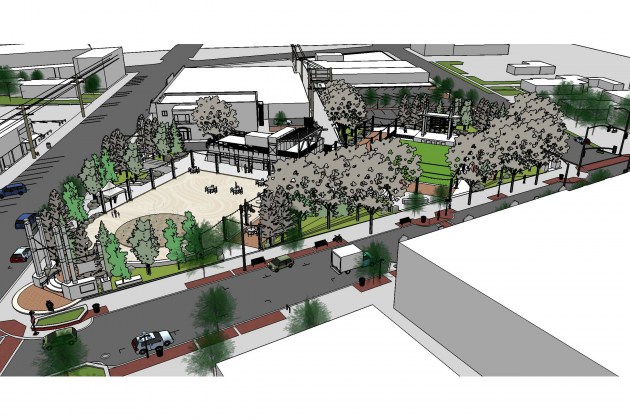 At the same time, Casper’s downtown is on the edge of a major revitalization.

A $7.5 million downtown plaza is moving closer to being a reality, a civic auditorium is planned at the former Iris movie theater right across the street and the city has quietly acquired about 14 acres of land in the downtown corridor.

Many downtown business owners are eager to see more people in their shops when the Downtown Development Authority’s vision of the David Street Station public plaza is realized.

“I have nothing but great feelings about it,” The Cadillac Cowgirl owner Kathy Edwards said. “I think it’s going to enable us to really have a city center that is exciting and that young people like.”

That optimism is guarded, however, as the city’s plans are in flux, and the multimillion-dollar plaza faces delays and a fundraising shortfall.

The proposed downtown plaza will be named the David Street Station, according to a prepared statement from the Casper Downtown Development Authority and Stateline No. 7 Architects.

The 43,000 square foot civic area at South David Street and the Old Yellowstone Highway will be able to host up to 200 events a year including concerts, ice skating, farmer’s markets, and festivals.