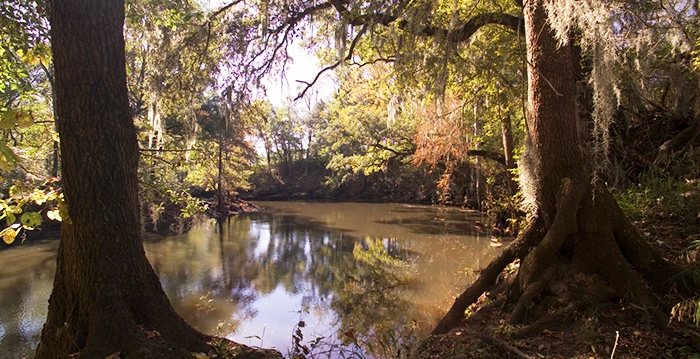 Over the years, the world’s busiest airport, Hartsfield-Jackson International in Atlanta, Georgia, hasn’t been the friendliest neighbor to the Flint River, which flows underneath it.

Now, the airport and major tenant Delta Air Lines are part of an effort to restore the river, which feeds agriculture for farmers in southwest Georgia, by reducing water use. 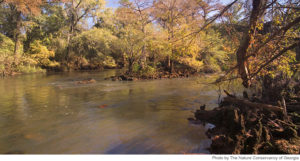 Hartsfield-Jackson International and Delta are contributing to a project on Spring Creek, a Flint tributary, to retrofit irrigation systems to reduce the use of groundwater. That is expected to help restore the flow of streams in the Flint River basin, and it is one of the projects aimed at restoring 30 million gallons of water to Georgia waterways.

The Flint River is part of the Apalachicola River system that drains areas of Georgia, Alabama, and Florida. The River is home to some of the greatest aquatic biodiversity in North America and also provides water and farmland for some of the region’s most productive farms. Much of the river overlies the Floridan aquifer, where continued overdraft of groundwater from the Flint River Basin puts at risk both natural ecosystems and local economies that depend on clean and plentiful water supplies to achieve food and water security.

This project, led by The Nature Conservancy in Georgia and the Flint River Soil and Water Conservation District works collaboratively with farmers in an ecologically critical tributary to the Flint River (Spring Creek) to retrofit irrigation systems with new technology that can reduce groundwater withdrawal by up to 20%. 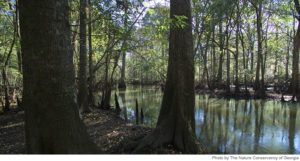 By providing funding and technical support to modernize irrigation systems with Variable Rate Irrigation technology (VRI), the project will partner with farmers drawing water from the aquifer in the Spring Creek watershed and will design, deploy, and monitor the results of new VRI irrigation systems that will directly reduce groundwater withdrawal from Spring Creek and the Floridan Aquifer.

This project is a pilot that prioritizes locations for irrigation infrastructure upgrades and demonstrates the use of information technology to help irrigators use less water and help restore natural streamflows to some of the most important streams in the Flint River Basin.

The upper Flint River is a river running dry. While rivers and streams in arid parts of the United States often dry up seasonally, the Southeast has historically been known as a water-rich area with plentiful rainfall, lush landscapes, and perennial streams and rivers. The upper Flint River supports recreation, fisheries, local economies, and threatened and endangered species that all depend on healthy and reliable flows which are becoming increasingly rare.

All photos of the Flint River courtesy of The Nature Conservancy of Georgia.

See article in the Atlanta Journal-Constitution by Kelly Yamanouchi.