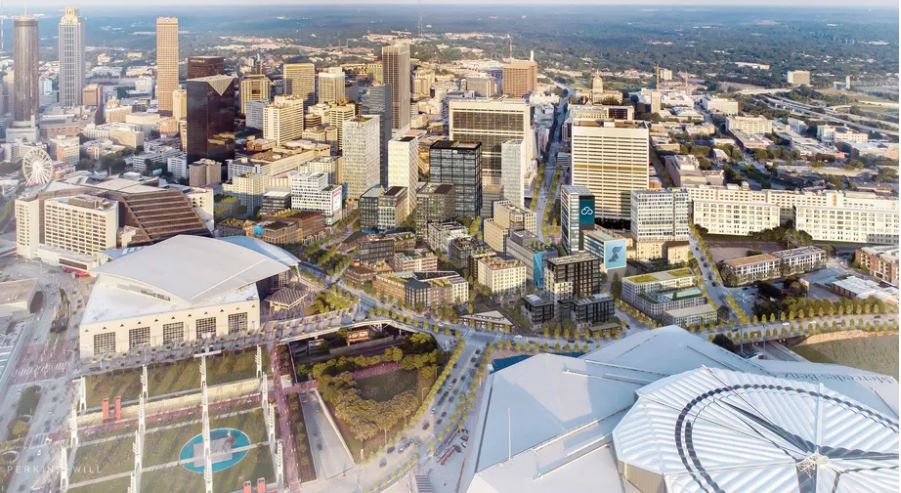 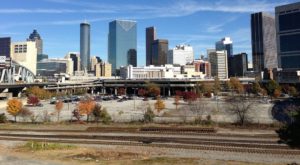 While the Gulch itself is at ground level, the streets surrounding it are elevated. They were elevated back in the early 20th century to allow automobile traffic to flow above railroads.

In return, the city offered the firm almost $1 billion in public funding to ncourage CIM to redevelop the 13 city blocks into mixed-use, including some 200 units of affordable housing. It’s estimated that, when complete, a total of $5 billion of private and public money will have gone into revitalizing the area. 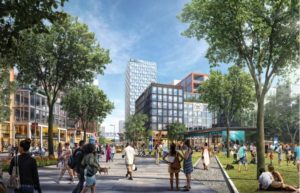 Now, on November 5, 2018, Mayor Bottoms announced that the City Council had voted to approve the Gulch redevelopment. “We have established a new model for leveraging land development to achieve both economic growth and community good. Never in the history of our city has a single development deal been negotiated in a way that will have such far-reaching, generational impact.

The Gulch redevelopment will not only physically bridge the gap between the east and westsides of Atlanta, bringing economic vitality to a long-undeveloped part of downtown, but also affordable housing, workforce training, enhanced public safety, and job opportunities throughout the city,” she said.

“I am grateful for the approval by the Atlanta City Council and look forward to continuing to work with them to ensure that as our city grows and prospers, our communities are not left behind,” she added.

As a result of the City Council’s vote, Atlanta will receive:

Mayor Bottoms concluded, “Thank you to Governor Nathan Deal, CIM, Invest Atlanta, the members of our Administration and the many community, public and private-sector partners who have worked tirelessly over several months to bring this historic redevelopment plan- the single largest development in our city in nearly 50 years- to fruition.”

Featured image is a rendering of the overall Gulch revitalization by CIM Group / Perkins + Will.