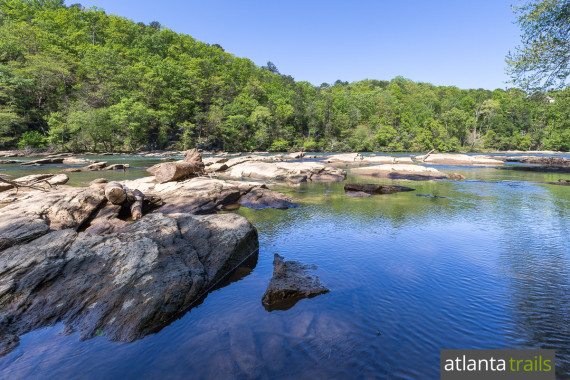 Atlanta, Georgia has a river, but that can be easy to forget. For walking, boating or swimming, most Atlanta residents head up to the Chattahoochee National Recreation Area, north of Interstate-285.

The Anacostia River in Washington, DC, Seine River in Paris, the Chicago River, the San Antonio River, and many more urban waterways have undergone makeovers in recent years, sprouting walkways and restaurants, new parks and businesses.

Atlanta’s river is different, because most local folks probably don’t know a river runs through the city.

Jodi Mansbach is one of the founders of Chattahoochee Now. She wants to bring more attention to the rest of the Chattahoochee River in the Atlanta area, as it passes the city and heads toward Alabama. So she, along with developers Steve Nygren and Walter Brown, created Chattahoochee Now.

Other nonprofits, including Chattahoochee Riverkeeper, had already been working to eradicate pollution on the river, so Chattahoochee Now set out to create 20 new access points. That’s one of the four near-term goals proposed in Vision 53, the visioning document introduced on October 6, 2016.

A series of parks and access points mixed in and around private, commercial and industrial property, covering 5,000 acres, from Standing Peachtree Park in Atlanta to Chattahoochee Bend State Park in Coweta County.

City of Chattahoochee Hills Mayor Tom Reed said his city is ready for this. “We’re got some amazing properties that are on the river; I recognize the value of river access,” he said.