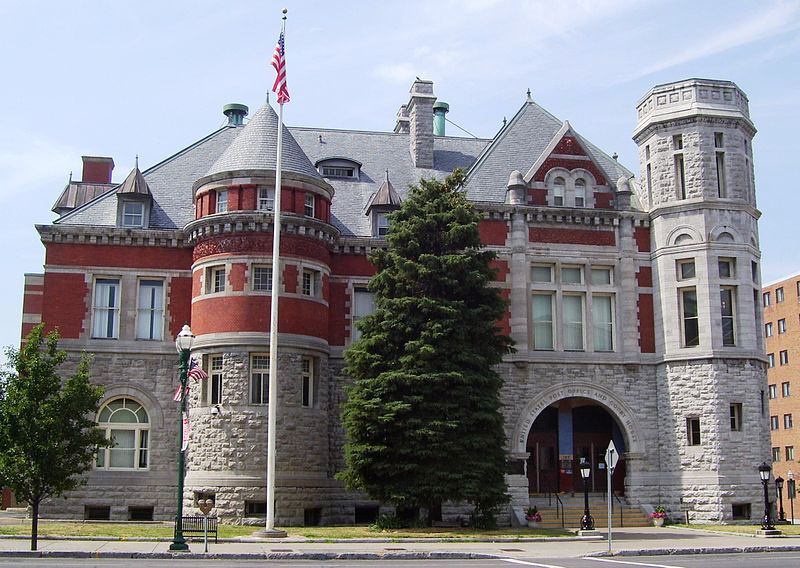 Auburn serves as the Cayuga County seat and is the second largest city in Central New York.  The city has a fascinating history in hydroelectric power and agricultural mechanization as well as advancement of human rights movements including abolitionism, women’s rights, prison reform and temperance.

As “History’s Hometown,” Auburn has become a primary travel destination, and was also named a best small city to raise a family

On July 27, 2018, New York Governor Andrew M. Cuomo announced that the City of Auburn will receive $10 million in funding as the Central New York winner of the third round of the Downtown Revitalization Initiative.

As in the first two rounds of the DRI, one downtown in each of the state’s 10 regional economic development regions is selected as a $10 million winner, marking another overall state goal to target $100 million in funding and investments to help communities boost their economies by transforming downtowns into vibrant neighborhoods where the next generation of New Yorkers will want to live, work and raise a family. 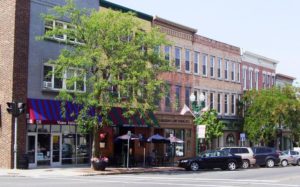 Genessee Street in downtown Auburn.Photo by Beyond My Ken via Wikipedia.

“The Downtown Revitalization Initiative reinvigorates communities across New York, turning downtowns into economic engines for their communities and beyond,” Governor Cuomo said. “The City of Auburn already serves as a thriving travel destination with a budding economy, and this investment will enhance those existing assets and support new projects that will keep Central New York rising and thriving for generations.”

While recent public and private investment, local planning efforts, and capital infrastructure projects have begun to catalyze downtown’s redevelopment, there is still work to be done along the City’s riverfront, transportation corridors, and arts district that comprise the DRI investment area and provide the greatest potential for vacant property revitalization and corridor enhancement.

Empire State Development President, CEO & Commissioner Howard Zemsky said, “The city of Auburn is on the rise and this Downtown Revitalization Initiative investment will catalyze further redevelopment and growth. From revitalizing the riverfront to enhancing transportation and the arts district, our targeted $10 million investment will help turn the city’s holistic plan to transform Auburn’s downtown, into reality.”

The City is seeking to keep the momentum of recent development going by mending a historic downtown impacted by urban renewal and revitalizing vacant brownfield and riverfront properties. To leverage DRI funds, City leadership has embraced a “#This Place Matters” campaign to achieve $40 million in public-private funds to invest in downtown.

The Central New York Regional Economic Development Council went through a competitive review process of proposals from communities throughout the region and considered all eight criteria below before recommending Auburn as its nominee for the DRI award:

Auburn’s third round DRI win entitles it to receive $10 million in state funding and investments to revitalize its downtown neighborhoods and generate new opportunities for long-term growth. Auburn now joins the cities of Oswego and Cortland, which were Central New York’s winners in the first and second DRI rounds, respectively. 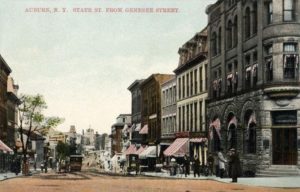 “Having been to Auburn countless times to visit places like the Harriet Tubman Homestead and the William Seward House, I know how important this funding will be to strengthen this vibrant community,” said Lieutenant Governor Kathy Hochul.

“The Downtown Revitalization Initiative is a fundamental component of our upstate economic development strategy because we know that a thriving downtown can be an economic catalyst for an entire region. The projects will enhance Auburn’s riverfront areas and improve transportation for residents and visitors. The investment as part of the DRI will continue the momentum of development and boost the economy in the region’s second-largest city and all of Central New York,” she continued.

Auburn will soon begin the process of developing a Strategic Investment Plan to revitalize its downtown with up to $300,000 in planning funds from the $10 million DRI grant. A Local Planning Committee made up of municipal representatives, community leaders, and other stakeholders will lead the effort, supported by a team of private sector experts and state planners.

The Strategic Investment Plan for downtown Auburn will examine local assets and opportunities and identify economic development, transportation, housing, and community projects that align with the community’s vision for downtown revitalization and that are poised for implementation. The downtown Auburn Strategic Investment Plan will guide the investment of DRI grant funds in revitalization projects that will advance the community’s vision for its downtown and that can leverage and expand upon the state’s $10 million investment. Auburn’s plan for the DRI’s third round will be complete in 2019.

New York State Homes and Community Renewal Commissioner RuthAnne Visnauskas said, “Through Governor Cuomo’s Downtown Revitalization Initiative, these community-led, targeted investments in Auburn will combine with HCR’s $190 million investment in Central New York over the last seven years that has created affordable housing for about 7,700 residents to help ensure that as the region’s economy continues to rise, all New Yorkers have the opportunity to take part. In New York State, we are lucky to have a Governor who understands how to build inclusive, long-term economic success.”

This announcement complements CNY Rising, the region’s comprehensive blueprint to generate robust economic growth and community development. The State has already invested more than $4.7 billion in the region since 2012 to lay the groundwork for the plan – capitalizing on global market opportunities, strengthening entrepreneurship and creating an inclusive economy. Today, unemployment is down to the lowest levels since before the Great Recession; personal and corporate income taxes are down; and businesses are choosing places like Syracuse, Oswego and Auburn as a destination to grow and invest in.

Now, the region is accelerating CNY Rising with a $500 million State investment through the Upstate Revitalization Initiative, announced by Governor Cuomo in December 2015. The State’s $500 million investment will incentivize private business to invest well over $2.5 billion – and the region’s plan, as submitted, projects up to 5,900 new jobs. More information is available here.

Featured photo (by Beyond My Ken via Wikipedia) shows Auburn’s Old Post Office and Federal Courthouse.