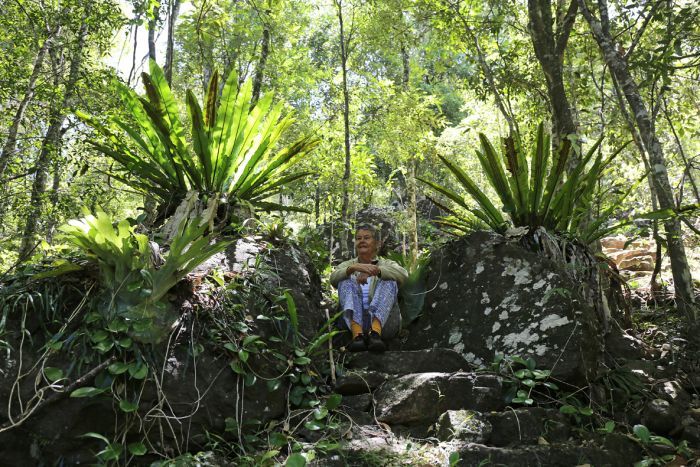 She intended to restore it from weed-infested terrain to thriving rainforest.

After a childhood spent rooted in the jungles of Papua New Guinea, Mercer’s passion for rainforests and the wilderness never subsided.

Mercer named her property Crystal Hill and in 1972, she built a house that would be nestled in the forest as it grew over time. She began the labour by removing weeds, primarily camphor laurels and lantana that dominated the landscape, and replacing them with native habitat for koalas.

But after only seven years into her difficult task, Mercer was struck by a truck while cycling and tragically killed. She left the land to her four daughters and one of them, Stephanie Lymburner, took on the challenge her mother was unable to see through.

Two decades later, the Lymburners can now say they have “finished” the restoration with Crystal Hill full of natives including guioa, foambark, figs, hoop pines, and red kamala.

The forest has also become home to endangered wildlife including many koalas and the Richmond River Birdwing Butterfly.

But Ms. Lymburner said her greatest achievement was not the restoration itself, but a formal agreement entered into with the New South Wales government to protect their work forever.