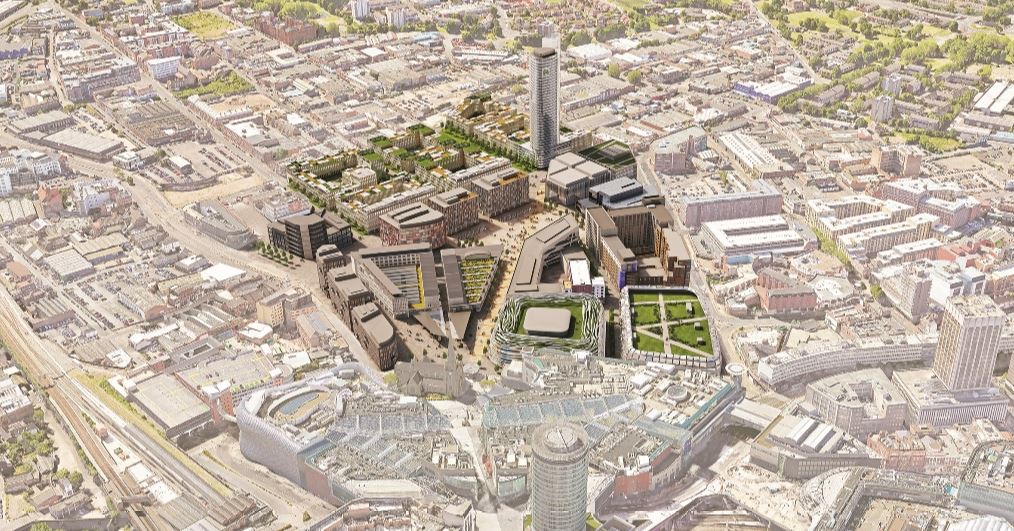 One of the largest urban regeneration initiative in the UK took a major step forward on January 10, 2019, when the Birmingham City Council announced that it had selected Australia-based Lendlease as its redevelopment partner to deliver the revitalization of the 17 hectare (42-acre) Birmingham Smithfield site.

Located in the heart of the city center, Birmingham Smithfield is a £1.5 billion ($2.7 billion) redevelopment project that is intended to reposition the city on an international stage. 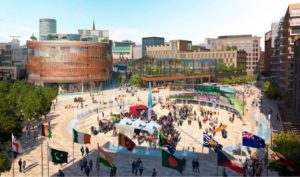 Councillor Ian Ward, the Leader of Birmingham City Council said, “We are extremely excited to be working with Lendlease who are an internationally leading developer with a proven track record of bringing forward major development schemes. The delivery of Birmingham Smithfield will be a major boost for Birmingham. With the new cultural and leisure attractions, the public realm, new homes and retail markets the development will appeal to both national and international audiences. Alongside these fantastic new facilities, the development will also deliver substantial benefits for the people of Birmingham. Lendlease have committed to invest in the local community and create 1,000s of new jobs and training opportunities. This scheme will create a legacy for the citizens of Birmingham and become an exemplar for inclusive economic growth.”

Lendlease will form a contractual joint venture with the City Council and lead the creation of an urban quarter that includes a new home for the city’s historic Bull Ring retail markets, a unique family destination including a leisure and cultural offer, a new public square, integrated public transport and more than 2,000 homes with a public park and community facilities.

The development of Birmingham Smithfield is part of the city’s Big City Plan, launched in 2010, which sets out a 25-year vision to grow the city centre by more than 25%. As one of the areas of transformation, Birmingham Smithfield is located directly adjacent to the Bullring and New Street Station; and will be a short walk from the new High Speed 2 City Centre Terminus Station which is set to open in 2026.

Welcoming the appointment, the RT Hon Liam Fox MP, Secretary of State for Department of International Trade said: “I’m delighted to welcome this significant investment into Birmingham which will bring jobs and prosperity to the city and surrounding areas, also creating substantial opportunities for the local supply chain. It demonstrates the significant potential of the Midlands Engine region at a time when overseas investment into the UK is at its highest level ever. The Department for International Trade is committed to encouraging investment into the whole of the UK, and I’m pleased that teams from across my department – in the UK and internationally – were able to support this major project.”

Lendlease, a leading international property and infrastructure development company that has appeared many times in REVITALIZATION over the years, has been selected following an OJEU Competitive Dialogue Procurement process. Lendlease has delivered major developments across the UK including the iconic Bluewater shopping center in Kent, the 2012 Athletes’ Village and is continuing work on International Quarter London, a major commercial scheme in Stratford.

Dan Labbad, CEO, Lendlease, Europe, said, “Smithfield is the birthplace of Birmingham, known for its markets which have always been at the heart of the city. Much like Birmingham itself, the area is brimming with creativity and opportunity. Our plans for the redevelopment will respect this heritage and bring more jobs, homes and environmental benefits to the area and the people of Birmingham.”

Lendlease is also working on the over station development of Euston, south London’s Elephant Park and was recently selected as the preferred contractor for Birmingham’s Perry Barr development, due for completion in 2022. It will now use its wealth of experience to bring to life plans for the growth of the city centre – creating more opportunities for local people and businesses and increasing economic growth for Birmingham and the wider West Midlands region.

Waheed Nazir, Corporate Director for Economy, Birmingham City Council, explained, “Birmingham Smithfield is the city’s most important redevelopment opportunity. The site is the location where Birmingham first developed and where its future will now be defined. The calibre of bidders that have been attracted through the procurement process has shown the strength of the City as a place to invest. Lendlease has the capabilities and resources to realise the city’s vision and deliver a truly transformational development scheme. Working with Lendlease we will be creating a new family leisure destination complemented by an exciting mix of cultural facilities, independent retail and business space. This will create a major attractor for residents and visitors. The scheme will have an emphasis on green infrastructure alongside community facilities and affordable housing.” 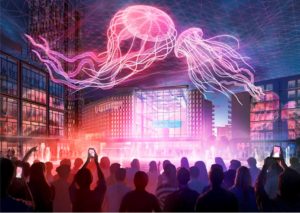 The redevelopment of the area, which is twice the size of Brindleyplace (one of the UK’s most successful revitalization efforts), is expected to take 15 years to complete. The first phase of the scheme will include new homes, the new retail markets building and public realm.

The City Council will now work with Lendlease to finalize the terms of the partnership, commence the preparation of a planning application and produce a business plan for the site’s redevelopment before the formal award of the Birmingham Smithfield Development Partner contract. This is anticipated to happen by late 2019 with development expected to commence in 2022.

The site is part of the Birmingham City Centre Enterprise Zone, which was established in 2011 to unlock key city centre development sites and accelerate growth.

Tim Pile, Chair of the Greater Birmingham and Solihull Local Enterprise Partnership (GBSLEP), concluded, “As one of our largest Enterprise Zone sites, Birmingham Smithfield will play a crucial role in generating economic growth and job creation for the city and its surrounding areas. The scheme is set to become a unique destination that will attract more visitors, new businesses and investment here. Birmingham City Council’s announcement of its preferred partner is a key milestone in realising the ambitious vision for Birmingham Smithfield. With Enterprise Zone designation, we are also able to secure funding to improve local infrastructure, which will help to accelerate the delivery of this site.”