From the Atacama Desert to the Rocky Mountains, from the dunes of Dubai to the open plains of Australia, the Toyota FJ Land Cruiser stands alone as the most reliable, long-lasting, and nearly unbreakable vehicle that gets you anywhere you need to be. 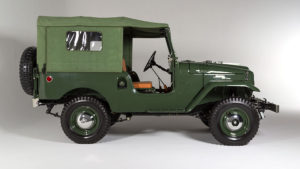 The BJ25 was Japan’s answer to the American Jeep and the British Land Rover. There’s really no sugarcoating it: Toyota reverse-engineered the Jeep and perfected it within a decade.

By the time the US started placing orders for the FJ to assist in the Korean War, the FJ had grown into the sturdy 4×4 we know and still love today. From 1955 through 1984, the FJ improved piece by piece, but still managed to maintain its now-iconic look and feel.

Until recently, buying a restored classic or antique automobile was a hit-or-miss proposition, dealing mostly with individual restorers. Now, you can buy a brand new restored” FJ Land Cruiser from the FJ Company of Miami, Florida. The company occupies a renovated old warehouse in the historic Little River area of Miami; which has been coming back to life of late. 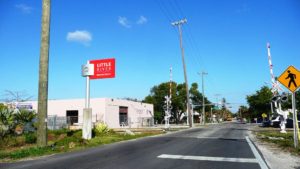 Located just south of its namesake river, Little River is one of the city’s oldest neighborhoods: a historic commercial and entertainment district that encapsulates the tight-knit community of Old Miami.

Little River was established in the late 1800s and was incorporated into the city of Miami in 1925. The neighborhood is bordered to the north by El Portal, to the south by Little Haiti (Lemon City), to the east by the Palm Grove Historic District, and to the west by West Little River.

Today, it is home to a diverse group of residents and local businesses. Anchored by landmarks such as St. Mary’s Cathedral and the Florida East Coast Railroad, Little River evinces a unique sense of place underscored by its rich history. So, restoring classic and antique automobiles in a rejuvenated building in a revitalizing neighborhood makes The FJ Company a great example of the restoration economy at work.

Started by Nelson Calle (CEO) and Juan Diego Calle (President), the brothers grew up with FJs. Nelson says “My grandfather Nelson had two cars throughout his life. The first was a 1968 Sky Blue FJ40, which he kept until he bought his second car: a 1982 Medium Blue FJ40. I can safely say that, for the first ten years of my life, I spent six hours every weekend in the back of an FJ40. That adds up to over 30,000 FJ40 hours!”

Nelson is a life-long automobile racer and enthusiast – for nearly fifteen years, he ran professional karting and open wheel races in South and North America. Although he gave up competitive speed racing, he stays close to the track, participating in endurance and exhibition races. As a seasoned classic car restorer and collector, he is the leader behind the Classic Motors, LLC, parent of The FJ Company. He is also personally in charge of the final, 100-mile inspection each car receives before it leaves our shop and is delivered to its new owner.

Juan is a serial entrepreneur in the Internet industry. He is the mastermind behind their web platform, and is responsible for sales and marketing for The FJ Company. Juan is also an enthusiastic client: he drives his kids to school in an FJ40 and will go off-roading in Colorado in a bespoke FJ43 monster that we will be finishing soon. 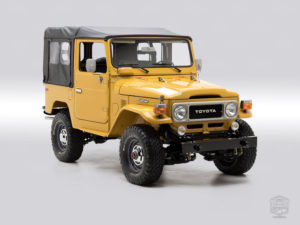 One of the many FJs they have restored and sold.

The Toyota FJ25 came around in the early 1950s, establishing Toyota as a global brand. It revolutionized the compact 4×4 market with its strong engine but relatively small chassis, a perfect combination for tackling the rough and tumble. It formed the backbone of the Toyota brand, and became the emissary of Japanese engineering and much of the world’s first experience with Toyota.

The FJ was decidedly a military vehicle at first–like the Jeep and Land Rover–but quickly spread worldwide as a fantastic method of transporting people or cargo in places that didn’t have well-maintained roads (or any at all!) for uses as varied as farming to ambulances to deserts to rock climbing. After making it up to the 6th station of Mt. Fuji on a showcase run in 1951, the FJ captured the attention of not only groups like the Japanese Forest Service but also makers of Jeep. Successive FJ models morphed from the brusque military style to a more comfortable and functional ride with improvements like more room in the interior as well as softer springs.

Toyota’s FJ series is positively famous for not breaking down–which is why you can still find authentic antique FJs all over the world in working condition (at the very least, you can find suitable samples for restoration). Since it’s used for so many purposes, it seems almost fitting that there are nearly countless configurations in the FJ Series from wheelbase height to the type of covering for the roof and more.

All photos courtesy of The FJ Company.