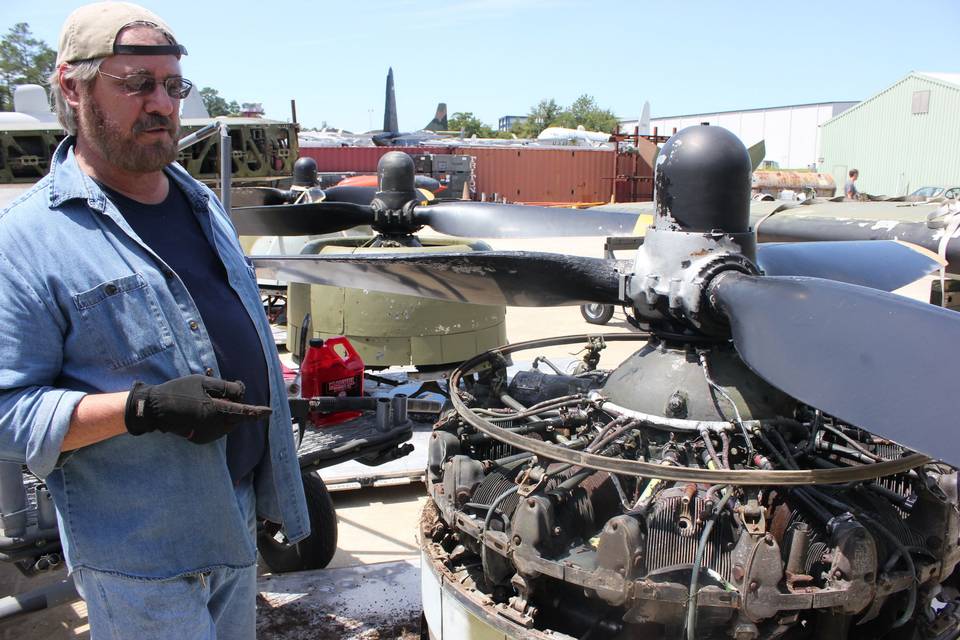 In Warner Robins, Georgia, the Museum of Aviation’s B-17 bomber that is now in pieces is at least a year away from being whole again. But it also offers a unique opportunity.

Visitors will be able to see the beloved plane like few who didn’t serve as aircraft mechanics during World War II ever have.

Bob Denison, the lead volunteer on the restoration of the B-17 at the Museum of Aviation, shows the fuel bladders inside of one of the plane’s wings.

Not only is the plane the museum’s first project to be restored while on public display, but the project also will go far beyond cosmetics.

Volunteers already are painstakingly doing things that might never be noticed once it’s all complete.

Many of the plane’s internal parts will be restored as well. That’s part of the reason the project is expected to cost at least $400,000 and take four to five years to complete.

“We could restore it and just make it look nice, but that just doesn’t seem right,” said the museum’s curator, Mike Rowland. “It’s such a rare airplane.”