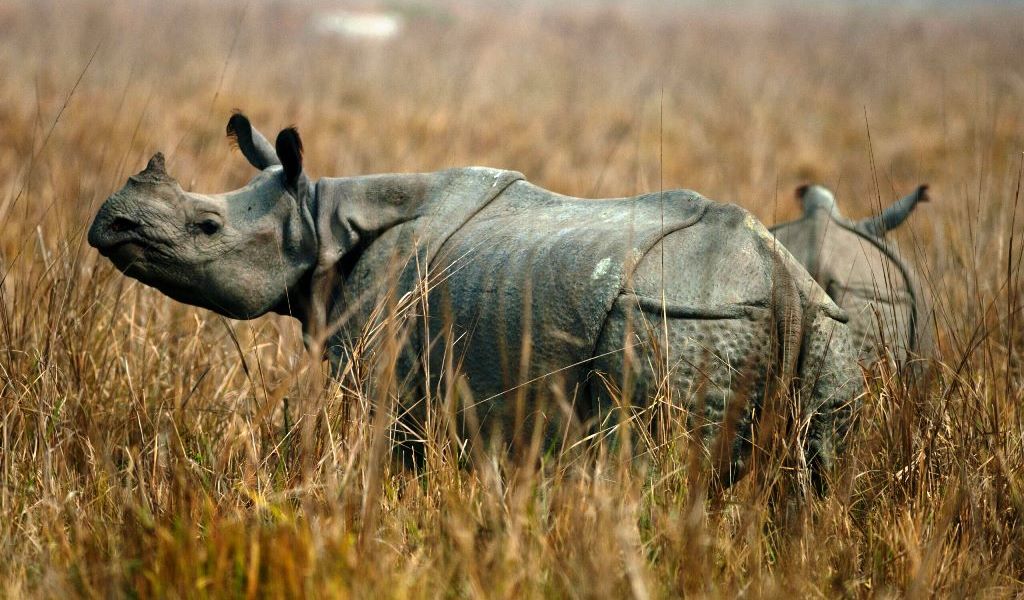 On May 11, 2022, officials in India announced that the greater one-horned rhino, found only in India and Nepal, has increased to 4014 individuals after a biannual survey was completed in March.

The government of Assam, the province in India that is home to 70% of the world’s greater one-horned rhino population, conducted its biannual rhino census after a delay due to the global pandemic. 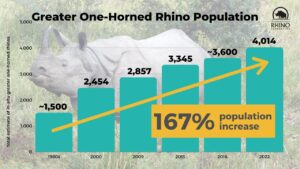 Nepal, the only other country with greater one-horned rhinos, conducted its rhino census last year.

The greater one-horned population has increased by 274 rhinos since the last count, helped by a “baby boom” during the COVID crisis, when many protected areas were closed to visitors.

“For a species that was once perilously close to extinction, numbering fewer than 100 individuals, this recovery is truly remarkable,” said Nina Fascione, executive director of the International Rhino Foundation (IRF).

Kaziranga National Park officials, home to the world’s largest greater one-horned rhino population, announced an increase of 200 individuals from 2018 despite 400 deaths due mainly to natural causes, such as the impact from flooding over the past few years.

Greater one-horned rhino populations were also reported for other areas of India, including:

The greater one-horned rhino population is growing in part due to the governments of India and Nepal creating space for rhinos to breed while also preventing poaching deaths. 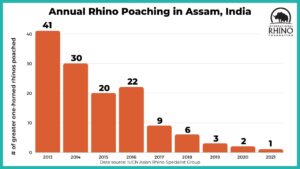 Earlier this year, plans were announced to increase Orang National Park by about 200 square kilometers. With NGO partners, including IRF, the government of Assam initiated translocation of rhinos within protected areas of Assam to give rhinos more room to breed.

All rhino bearing protected areas are also closed to visitors during breeding season.

IRF also works with local NGOs Aaranyak in India and The National Trust for Nature Conservation in Nepal, along with local communities, to control invasive plant species and assist native grasses to recover rhinos’ shrinking habitats.

“The end result of all of these programs is more space for rhinos and more rhino calves being born,” continued Fascione.

“The recovery of the greater one-horned rhino is a conservation success story – but the story isn’t over yet,” concluded Fascione. “The species is still classified as vulnerable and inhabits only a fraction of its former range. IRF appreciates the long-term commitment from the governments of India and Nepal and the dedicated work of the Assam regional government to conserve their treasured rhinos.”

For more than thirty years, IRF has worked for over 30 years to regenerate rhino populations with on-the-ground partners and local communities around the world, providing protection, monitoring, habitat restoration, wildlife crime and many other programs to ensure survival for future generations.

All images courtesy of IRF.