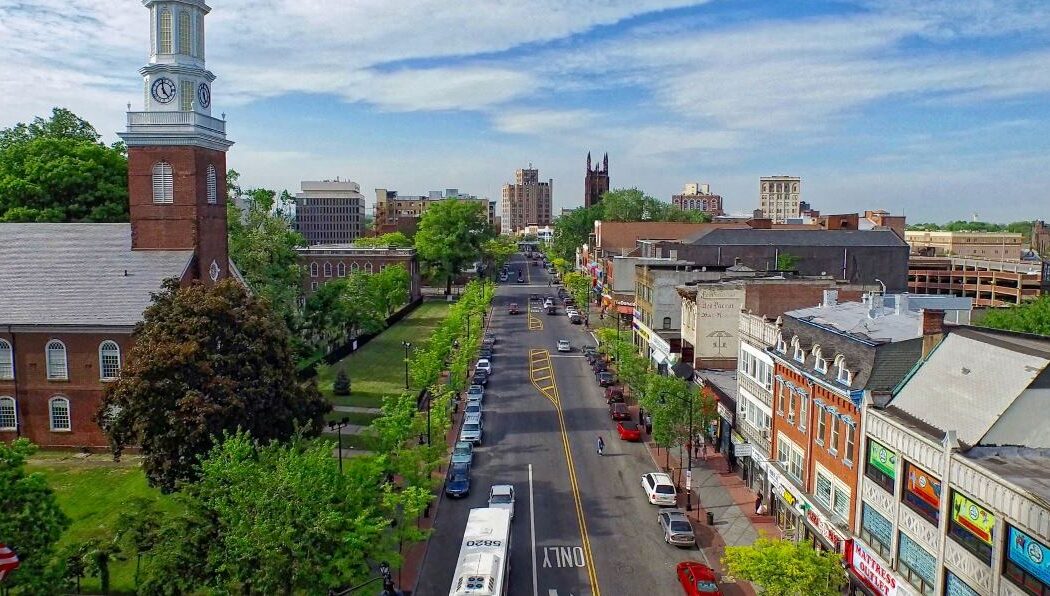 He was calling for the renewal of what has probably been the most successful federal program in the United States over the past two decades (as originally documented in the 2002 book, The Restoration Economy).

“Today, we are discussing the Environmental Protection Agency’s (EPA) Brownfields Program – a program that has been extremely successful for the last 20 years at revitalizing contaminated properties all around the nation in order to protect public health and to restore economic prosperity to local communities.

In 2002, I was the Ranking Member on the Subcommittee and, worked with then Subcommittee Chairman Paul Gillmor, to co-author the Brownfields law.

Since that time, the Brownfields Program has been a critical lifeline for local governments and communities looking to turn contaminated sites into economic centers. With financial help from the federal government in the form of grants and loans, communities can clean up contaminated sites, many of them long abandoned, and turn them into parks, public housing, or new businesses.

As just one example, in my district, the Middlesex County Improvement Authority was able to turn a six-acre former scrap metal facility on the Raritan River in Perth Amboy into a community park.

The Brownfields Program is a resounding success story on so many levels. Since the program’s inception, 34,000 sites have been revitalized nationwide, opening up 144,000 acres for development. Cleaning up Brownfields raises neighborhood property values, decreases toxic exposures, and creates an opportunity for community-led development. It is also a fantastic investment in our communities – for every dollar granted, there is a return of $20.13. Recent studies show that brownfield cleanups bring an estimated $29 to $97 million in additional tax revenue to local governments in a single year after cleanup.

I am proud that the Bipartisan Infrastructure Law that Congress passed and President Biden signed last year will inject $1.5 billion of new funding into the Brownfields program. This money will go to state and local governments, as well as community non-profits, to clean up blighted unused sites and turn them into economic drivers for the community. It will allow communities that could not meet cost sharing requirements to gain access to grants. This will revolutionize the grant process and make it dramatically easier for communities – especially low-income and underserved communities – to get the funding they need. The Bipartisan Infrastructure Law also increases grant amounts that will allow for tougher, more complicated brownfield sites to finally get the funding they need to complete the cleanups.

The Bipartisan Infrastructure Law is not only a critical investment in the nation’s infrastructure, but also essential to eliminating legacy toxic exposures in environmental justice communities.

The Bipartisan Infrastructure Law passed three years after this Committee came together in strong bipartisan fashion to reauthorize and update the Brownfields Program with the BUILD Act of 2018. This legislation increased grant amounts, created multipurpose grants for flexibility, and opened up funding for non-profits.

I look forward to hearing from the local leaders and stakeholders about how the Bipartisan Infrastructure Law and the 2018 program updates are working, and how the increased funding and flexibility will benefit their future cleanup projects. The 2018 reauthorization of the Brownfields law expires at the end of this year, and that’s why today’s hearing is so important as we look to once again reauthorize this program.

I would like to particularly thank Mayor Bollwage, the Mayor of Elizabeth, New Jersey, for being here. He has testified before this Committee many times in support of the Brownfields Program, including back in 2018 on reauthorization. Welcome back, Mayor Bollwage.

I am hopeful today’s hearing puts us on a bipartisan path to reauthorizing this important program again this year.”