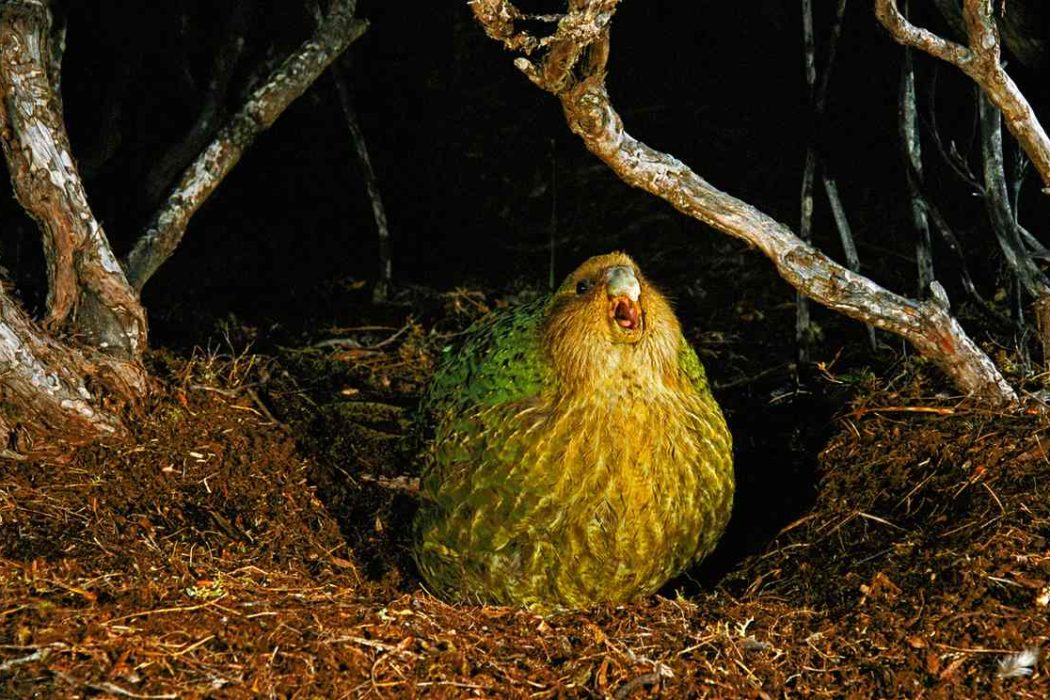 2016 may become the most successful kākāpō breeding in the history of the species recovery programme, Conservation Minister Maggie Barry says.

The critically-endangered birds are world-famous for their character, rarity and bizarre appearance, a giant flightless nocturnal parrot found only in New Zealand.

“So far this season, 42 out of 54 female kākāpō have nested, with 28 chicks alive and well and another 19 fertile eggs still to hatch,” Ms Barry says.

“Two of the females have even managed to produce two clutches of eggs after their first clutch was taken for artificial incubation to ensure their safety.”

Centuries ago, kakapos were plentiful across New Zealand, but the introduction of predators such as ferrets and weasels led to their decline. By the 1900s, the green-feathered birds were thought be to extinct, but in 1970 about 40 kakapos were found on Stewart Island, just off the southern tip of New Zealand’s South Island.

Kākāpō last bred in 2014, with six chicks successfully raised. The previous record breeding season was in 2009 when 22 chicks were raised.

“DOC’s Kākāpō Recovery Programme team won’t be counting their chicks before they’ve hatched, as some birds inevitably do not survive and infertility rates are high, but all the indications are that this is going to break the 2009 record,” Ms Barry says. “Our nation almost lost the kākāpō to introduced pests brought in by Europeans – if this season continues its successful start, by the middle of this year there could potentially be more kākāpō in New Zealand than any time in the last 50 years.”

“Kākāpō are notoriously picky about breeding – they only reproduce every 2-4 years depending on the amount of fruit available from rimu and beech trees, their primary food source.”

This year is the first time breeding has occurred on all three kākāpō islands at the same time – Codfish and Anchor Islands in Southland and Little Barrier Island in the Hauraki Gulf.

Among the birds nesting for the first time is Kuia, daughter of the last Fiordland kākāpō, Richard Henry. Her chicks will introduce Fiordland genes into the population, boosting genetic diversity.

“This successful breeding season is just reward for the hard work the recovery team have done to bring kākāpō back from the brink of extinction.”

Since the Programme started in 1995, the kākāpō population has grown from just 49 – many saved from predators in the wild through exhaustive search and rescue efforts in remote Fiordland and Stewart Island – to 125 adult birds.