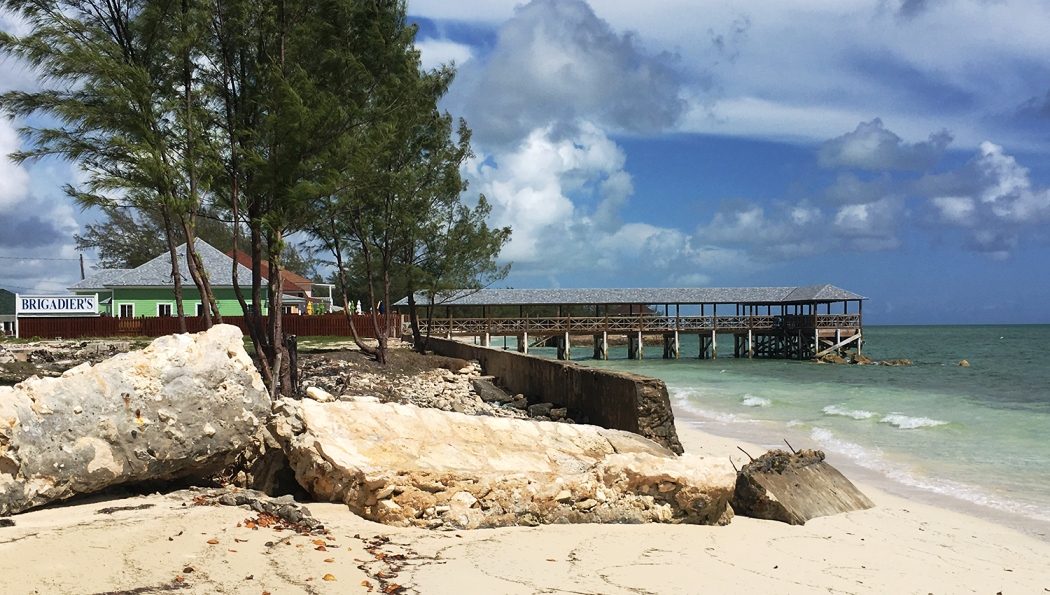 As new hurricanes gain strength in the Atlantic, residents of the Bahamas have barely begun recovering from destroyed villages and flooded streets brought by Hurricane Dorian’s battering this month. The losses were grim validation of a new Stanford University-led study on coastal risk throughout the country.

The study predicts a tripling of storm-related damages if protective ecosystems such as coral reefs and mangrove forests are degraded or lost. 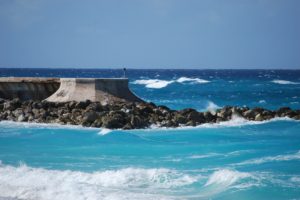 The findings, published in Frontiers in Marine Science, are being used by the Bahamian government, development banks and local communities to pinpoint key areas where investment in natural ecosystems could support a more storm-resilient future.

“Climate change is forcing coastal nations to reckon with a new reality of disaster management and rethink the business-as-usual development model in order to survive,” said Jessica Silver, ecosystem services analyst at Stanford’s Natural Capital Project and lead author on the study.

“In the Bahamas, the islands hardest hit by Hurricane Dorian – Grand Bahama and Abaco – are those our research identified as the most at risk to coastal hazards in the whole country. Understanding and mapping at-risk areas and their natural assets is a first step in changing development norms,” she added.

The integrated approach scientists used in this study could also help other coastal communities plan where to invest in natural habitats to reduce storm damage. A combination of open-source modeling software and cutting-edge environmental analyses with local information can be used to identify where and how people in coastal communities are at greatest risk to climate disasters.

Silver and other researchers at the Natural Capital Project have been working in the Bahamas for five years alongside government partners, Bahamian scientists, The Nature Conservancy and the Inter-American Development Bank. Together, they have modeled coastal hazards and the role nature plays in reducing risk in the country.

“We need solutions that leverage powerful allies to protect coastal communities now and in the future,” Silver said. “In the Bahamas, these allies include the hundreds of kilometers of coastal forests, mangroves, barrier and fringing reef, and seagrasses that envelop the archipelago.”

The work is part of a growing body of research showing that natural defenses can, in many places, represent more climate-resilient alternatives to traditional built shoreline protection – like seawalls and jetties – which is expensive to build and maintain.

For example, coral reefs weaken storm surges by taking the energy out of waves. The waves that do make it past the reefs are buffered by mangrove forests and seagrass beds, which also secure sand and sediment to prevent shoreline erosion. By the time a storm reaches homes and streets, the island’s environmental barricades have gradually lessened its strength.

These natural defenses are also a local source of sustenance and economic security. Healthy coastal habitats support abundant fisheries – a resource especially important in the aftermath of a storm, when food supplies are low. Thriving marine areas help communities regain their financial footing through key industries like tourism and commercial fishing.

Local decision-makers often lack basic information about where and how to invest in critical risk-reducing ecosystems. So, the research team combined information on storm waves and sea-level rise with maps of coastal habitats and census data to close this information gap. The researchers assessed the risk reduction provided by coral reefs, mangroves and seagrass along the entire coast of the Bahamas using open-source software developed by the Natural Capital Project. They looked at current and projected sea-level rise scenarios to identify the most vulnerable groups of people and where they live.

“Our results show that the population most exposed to coastal hazards would more than double with future sea-level rise and more than triple if ecosystems were lost or degraded,” said Katie Arkema, co-author and lead scientist at the Natural Capital Project. “We see that on populated islands like Grand Bahama and Abaco, natural habitats provide protection to disproportionately large numbers of people compared to the rest of the country. Without them, the destruction from Dorian could have been even worse.”

The study equips the Bahamian government and supporting development banks with clear, actionable information to guide future investments in natural ecosystems. It shows where nature is providing the greatest benefit to people and can help decision-makers understand where and how targeted conservation and restoration projects could support coastal resilience. In the aftermath of Hurricane Dorian’s destruction, the Stanford team has been in close communication with their Bahamian co-authors, who are already using these results to call for strategic investments in nature.

“We hope, in some small way, that the results of this study will help our friends and colleagues build a more resilient future for the Bahamas,” Silver said. “And, we hope that other countries will look to the Bahamas as a beacon of progress and fortitude in the face of climate adversity.”

Silver and Arkema, along with Mary Ruckelshaus, the Natural Capital Project’s managing director, and Katherine Wyatt, Natural Capital Project research scientist, are affiliated with the Stanford Woods Institute for the Environment. Co-authors Robert M. Griffin and Gregory Verutes are also research scientists at the Natural Capital Project and the Woods Institute for the Environment. Griffin is also affiliated with the University of Massachusetts School for Marine Science and Technology. At the time research was conducted, Verutes was also affiliated with the National Audubon Society. Additional co-authors are from the Office of the Prime Minister of the Bahamas, the Inter-American Development Bank, the University of Southampton, SEV Consulting Group, The Nature Conservancy’s Caribbean Program and the University of The Bahamas. The research was funded by the Inter-American Development Bank.

This article by Sarah Cafasso originally appeared on the Stanford University website. Reprinted here by permission.