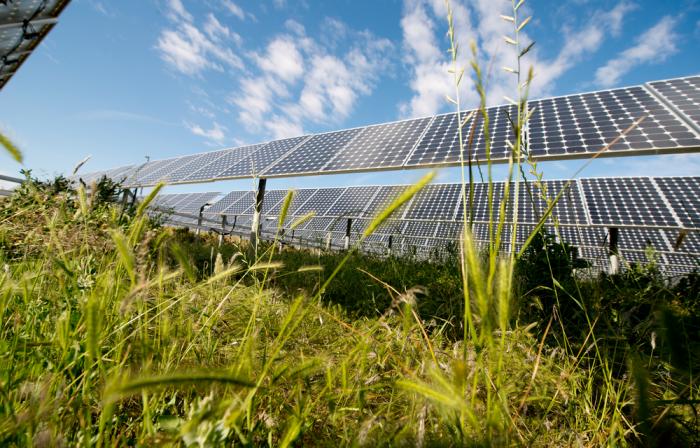 These projects are expected to generate upwards of 30 megawatts (MW) of clean energy, equivalent to the power used by one third of the county’s municipal buildings, including government facilities.

The projects, located at the closed Hernwood and Parkton landfills, are the first large-scale solar energy projects in Baltimore County’s history and mark another new milestone for the County to address climate change.

Under power purchase agreements (PPAs), the County pays $0 upfront while SunPower and its financiers cover the cost of the arrays. Over the next 25 years, the County will pay a flat, fixed rate per kilowatt-hour (kWh) for the solar generation, expected to save millions of dollars in electricity costs.

Through Maryland‘s “aggregate net metering” rule, Baltimore Gas & Electric will credit the solar generated at the landfills against electric loads at other county buildings.

“Climate change poses one of the most significant threats to our long-term health and prosperity. That is why we are thankful for this partnership with SunPower to transform these sites into productive alternative energy sources, further reducing Baltimore County’s carbon footprint and helping us meet our renewable energy goals,” he added.

Along with other sustainability initiatives, the solar project in Baltimore County is expected to help the County reach its sustainability goals. County Executive Olszewski has just signed an Executive Order setting an aggressive new goal to complete future renewable energy projects set to generate electricity equivalent to 100 percent of Baltimore County’s electricity demand by 2026 and 125 percent by 2030.

The projects will now enter the design and permitting phase, with construction expected to begin in 2022 and to be fully operational by 2023. According to the Environmental Protection Agency (EPA) greenhouse gas calculator, the 43 million kWh generated annually by the projects will capture the same amount of planet-warming carbon dioxide as 40,000 acres of US forests – nearly the same size as Washington, DC.