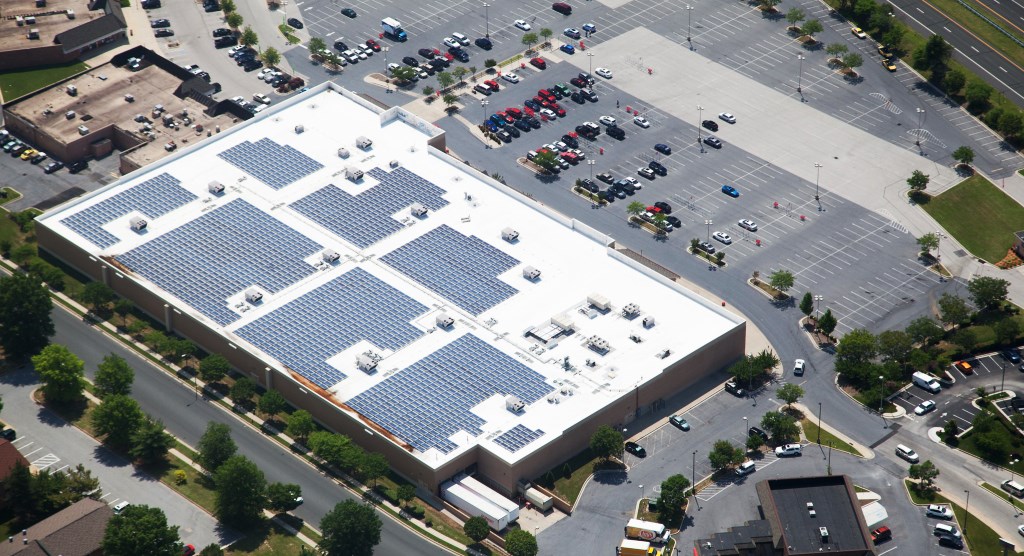 Using geospatial analysis, the report identifies optimal solar sites and answers the key question: Are enough optimal sites available to meet Maryland’s renewable energy goals for solar energy? The report can also be seen as a “restoration economy” analysis, since it focuses on repurposing disused and underused properties to make them productive assets. 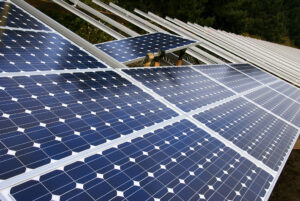 “This report is a timely reminder we can make real progress on our greenhouse gas reduction and environmental protection goals for a win-win with smart solar siting policies,” said Secretary Ben Grumbles, Maryland Department of the Environment and chair of the state’s Climate Change Commission.

“We can expand our state’s homegrown clean and renewable energy supplies by utilizing rooftops, brownfields, and waste sites while avoiding prime farmland and ecologically sensitive lands and forests which also deliver clean air and water to Marylanders,” he added.

The analysis results showed Baltimore County and City offer extensive opportunities for solar placement on degraded lands and underutilized industrial sites, on rooftops of commercial, industrial, and residential buildings, and for the development of solar parking canopies.

Maryland is one of 30 states in the United States with a Renewable Portfolio Standard, a mandate to increase electricity production from renewable energy sources. Maryland’s mandate requires 50% of electricity sold by utilities to come from renewable sources, with 14.5% from solar. To meet this goal, the state will need 6 times current solar energy production. Siting of solar energy development is an increasing concern, given the rapid increase in solar energy capacity required.

“Our analysis of solar energy development opportunities sought to identify enough sites to produce Baltimore County and City’s share of the state’s Renewable Portfolio Standard solar goal. Based on energy consumption, this would be 1,967 GWh/year of electricity, about 18% of the statewide goal of 9,000 GWh/year in electricity from solar,” said Chesapeake Conservancy’s Conservation Innovation Center Vice President of Technology Susan Minnemeyer.

“Our analysis demonstrates significant opportunities to scale up solar energy development through optimal siting in Baltimore County and City, making use of rooftops, parking canopies, and degraded lands to grow Maryland’s solar electricity generation,” continued Minnemeyer. “Providing incentives for solar energy development on optimal sites may be one of the best ways to minimize the amount of land needed for solar and avoid potential adverse impacts of development.”

Solar installations range from small rooftop photovoltaic systems and medium-sized distributed generation installations that use energy locally and feed excess energy back to the grid, to large ground-mounted installations that sell energy directly to utilities. The Governor’s Task Force on Renewable Energy Development and Siting estimates that the land needed to meet the state’s RPS goal will require between 7,000 and 35,000 acres of land across the state.

“Although we strongly support renewable energy, our members were concerned from the get-go that without siting guidance or incentives, farm and resource land would be the primary target for these land-intensive projects,” said Teresa Moore, executive director of the Valleys Planning Council, who commissioned the study.

“And that is exactly what we have seen in Baltimore County. Almost all the applications for the first three years of the community solar pilot program have been on prime farmland, and there’s little to no activity on optimal sites. We’d like to see Maryland follow the example of states like New Jersey, where optimal solar sites have been mapped statewide and a ranking system has been incorporated into solar project reviews. This helps achieve other goals included in Maryland’s solar legislation calling for job creation and benefits to low and moderate income residents, in addition to avoiding conflicts with long-established programs and policies to protect our best farm and forest lands,” she added.

The key land use concerns regarding ground-mounted utility-scale and community solar are the loss of prime farmland and adverse environmental impacts such as loss of forest, wetlands, or other ecologically important areas.

The loss of prime agricultural land threatens Maryland’s agricultural economy and food production capacity. Important work has been done in recent decades to stem the loss of farmland to housing development, and now many fear a new threat of solar sprawl will compound the pressure to convert productive lands to other uses.

What sites are optimal for solar energy?

A key benefit of solar energy in the built environment is that it can be developed alongside the productive use of homes, commercial buildings, or offices, and provides benefits such as reducing energy costs and climate benefits. Solar parking canopies enhance parking lots with shaded parking and electric vehicle charging stations.

Ground-mounted solar installed on degraded lands puts abandoned lands back into productive use. Increasing the use of solar in more densely populated areas also provides a valuable source of employment. Community solar projects open to low and moderate-income subscribers can help ensure the cost-saving benefits of solar are accessible to all.

The methods set out to first identify all potential solar sites — those that meet legal (zoning) and technical criteria for allowing solar energy development. Next, potential solar sites were ranked on a range of environmental, equity, and efficiency criteria to determine optimal siting. Optimal sites were either in the built environment – on rooftops, parking lots, and degraded or contaminated lands.

The CIC also identified a second tier of locations, preferred ground-mounted sites, that would avoid land use tradeoffs with agriculture or environmentally valuable lands. Land parcels larger than 5 acres that could support at least 1MW of solar energy capacity were analyzed.

Parcels with a high portion of forest cover or on targeted ecological areas—lands identified by the state as high conservation priority—were screened out to avoid adverse environmental impacts. Next, parcels were evaluated for prime farmland soils, and those mainly on prime soils were screened out. The remaining sites for preferred ground-mounted solar, are on marginal soils without forest cover and have low ecological importance, allowing for solar development with the fewest land use tradeoffs.

The Valleys Planning Council received funding for the study, methodology, and model from The Ludwig and Nancy Sternberger Charitable Foundation.