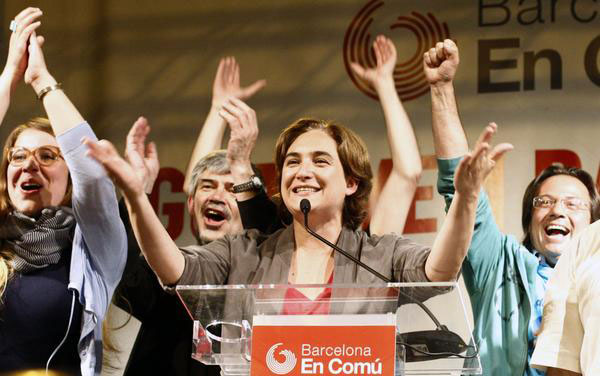 Long a global revitalization leader, on May 24, Barcelona went to the polls and elected the radical new citizen platform, Barcelona en Comú (Barcelona in Common) to form the new government. Its leader, former housing rights activist Ada Colau will be the city’s first female mayor.

Launched in June of last year, Barcelona en Comú is made up of activists, social movements and progressive political parties who share the goal of “winning back” Barcelona from the political and economic elites holding it hostage and democratizing the city’s public institutions. Two, very different urban visions went head-to-head in the elections: the professionalized, Smart City of incumbent mayor Xavier Trias, and the city governed by the ‘collective intelligence’ of its citizens, advocated by Ada Colau.

Barcelona en Comú has been critical of the multi-million Euro urban megaprojects seen in Barcelona in recent years. Its ‘megaproject’ will be the sum of numerous low-cost neighborhood interventions, reminiscent of the ‘lighter, cheaper, quicker’ philosophy. These will be concentrated in the city’s most deprived neighborhoods and designed with the participation of local residents.

It plans to create a network green corridors from one side of the city to the other to facilitate mobility by foot and bike and promote biodiversity. The new government will also attempt to ‘green’ Barcelona, which currently doesn’t meet WHO minimum standards for green spaces, by introducing community managed allotments, planting roof and wall gardens, and connecting the city with its natural hinterland.