Long considered the home of baseball, Doubleday Field in Cooperstown, New York has officially hosted America’s national pastime for nearly a century. Doubleday Field officially opened in September of 1920 with wooden grandstands and, over the years, grew into the nearly 10,000-seat stadium it is today.

Seen as a national treasure, the stadium is in the heart of Cooperstown, located only blocks from the National Baseball Hall of Fame and Museum, with which it is deeply associated. Doubleday Field serves as a central tourist attraction due to its history and as a venue for both sporting and entertainment events. 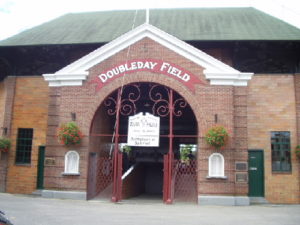 On July 26, 2018, New York Governor Andrew M. Cuomo announced the Village of Cooperstown has been awarded a grant of up to $3 million to support rehabilitation efforts and upgrades that will modernize and preserve the historic Doubleday Field. It will complement a downtown revitalization effort in Cooperstown, and will create better pedestrian access to the field.

“Doubleday Field is a national treasure, and this project will bring the stadium into the 21st century while ensuring it stands strong in Cooperstown for generations to come,” Governor Cuomo said. “We’re seeing incredible growth in the tourism industry and, with these renovations, the new upgraded Doubleday Field will host more events, attract more visitors, and generate an even greater economic impact for the Mohawk Valley.”

A revitalized Doubleday Field will not only preserve a historic asset, it will lead to many short-and-long-term benefits for the local community, Mohawk Valley region and Upstate New York.

Already, more than 300 games are played on the field each year, which brings teams and families from across the country to Cooperstown where they spend money on lodging, food and at local businesses. However, the stadium’s current lack of amenities also prevents Doubleday from hosting collegiate and national tournaments. 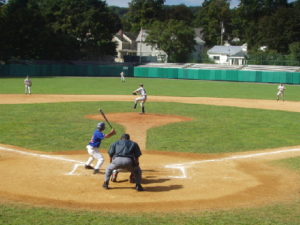 Senator James L. Seward said, “Cooperstown is an international tourism destination and Doubleday Field is one of the many key attractions. This major renovation project will preserve the stadium’s historic character while adding upgrades that will lead to new uses, extended stays, and repeat visits that will boost our region’s economy.”

The nearly $6 million project will ensure Doubleday Field’s long-term future as a staple of the local economy and the game of baseball. Additionally, the project aligns with the tourism and downtown revitalization strategies identified by the Mohawk Valley Regional Economic Development Council, which recommended New York State’s support through the Upstate Revitalization Initiative.

Village of Cooperstown Mayor Ellen Tillapaugh said, “The Village of Cooperstown is an economic engine for the Mohawk Valley and this support from Governor Cuomo will benefit our entire region. As we welcome thousands of visitors to our community this weekend, we are thrilled to receive this award for improvements to our historic and iconic Doubleday Field. It will enable us to begin the necessary upgrades, which, without assistance, could not have been undertaken by our small Village.”

Doubleday Field is owned, managed and operated by the Village of Cooperstown, a municipality of fewer than 2,000 residents. Without public investment, this beloved symbol of both baseball and Cooperstown’s history is likely to fall further into disrepair. To support this economic and community development project, the Mohawk Valley Regional Economic Development Council has recommended an Upstate Revitalization Initiative grant of up to $3 million.

MVREDC co-chairs Larry Gilroy, President, Gilroy Kernan & Gilroy and Dustin Swanger, Ed.D., President, Fulton Montgomery Community College said, “We’re proud to support the rehabilitation of the historic Doubleday Field, as it strongly aligns with our strategies to boost tourism and revitalize downtowns. Each year, Cooperstown hosts hundreds of thousands of visitors and a modernized Doubleday Field will attract even more people – and the money they spend at local businesses – to our region.”

The Doubleday Field Revitalization Project involves making necessary and urgently needed repairs, rehabilitation and upgrades to the facility and its surroundings. The Village of Cooperstown is undertaking the $5.8 million project, which will include improving pedestrian access to Doubleday from the Village’s Main Street, with green space and visitor safety in mind; replacing deteriorated structures, including the third base bleachers; construction of two new multi-purpose buildings; repairs to the field and grandstand; improved ADA access; and other safety and aesthetic improvements. The comprehensive revitalization project is expected to be completed by summer 2020.

“Cooperstown attracts visitors from across the state and the country to the Baseball Hall of Fame, and this investment in Doubleday Field will continue to build the village’s tourism industry,” said Lieutenant Governor Kathy Hochul. “The revitalization of the historic Doubleday Field will further support the legacy of baseball in Cooperstown and boost the local economy of the entire Mohawk Valley region.”