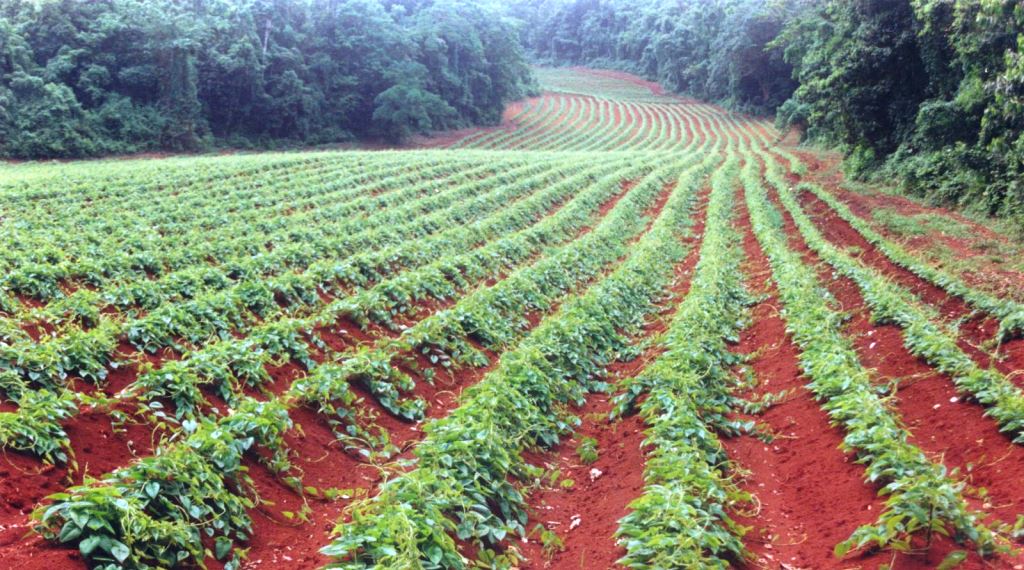 On May 30, 2019 in the St. Ann parish of Jamaica, the nation’s Mining Minister, Robert Montague expressed appreciation for Noranda Bauxite‘ exemplary reuse of reclaimed bauxite lands for farming, and for the storage of water.

Montague added that the ministry is also committed to its Life after Bauxite program in Jamaica. “We are committed to a programme that we call in the (mining) ministry ‘Life after Bauxite’, because… we have been mining bauxite for 60 years, (and) one day the bauxite is going to come to an end, and there has to be life after bauxite,” Montague said. 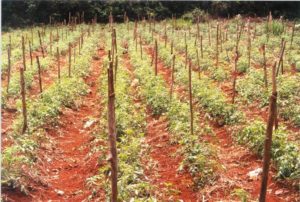 Potatoes growing on reclaimed bauxite mine.

Research has shown that crops such as coffee, yam, peanut and other crops flourish on mined-out lands. Orchard crops such as ackee, avocado, and pimento, if properly managed, will also do well on this reclaimed land. The cultivation of potato, yam and cassava has proved to be very successful on mined-out lands in central and southern Manchester. Similarly, peanut, peppermint, cucumber and orchard crops have produced good yields in the Manchester and St. Elizabeth parishes of Jamaica.

Bauxite is a sedimentary rock with a relatively high aluminium content, and is the world’s main source of both aluminium and the the rare metal gallium. Jamaica has the world’s fifth-largest proven stores of bauxite. Bauxite is usually strip mined because it is almost always found near the surface of the terrain, with little or no overburden.

In his presentation, Montague hailed Noranda Bauxite’s initiative of taking the reclaimed lands and transforming them into agricultural use as a significant contributor to the region’s economic redevelopment. A number of mined-out pits are now being used as water reservoirs which is helping many rural St. Ann communities with water storage.

“We are also using some of the mined-out pits as water reservoirs, because there are many communities that suffer from a shortage of water, and Jamaica don’t have a shortage of water. What we have is a shortage of storing and distributing water, because we have enough water… Noranda is leading on that in terms of using the lining of the pits and having them filled with water, and I want to congratulate Noranda on that,” Montague added.

Noranda Bauxite has also demonstrated how local farmers can grow viable businesses on these reclaimed lands “with greenhouse technology”.

Minister without portfolio in the Agriculture Ministry, JC Hutchinson, also expressed satisfaction with the fact that the reclaimed bauxite lands are now being used for farming.

Noranda Bauxite, now owned by Dada Holdings mines bauxite in St. Ann and ships worldwide for both metallurgical and chemical use.