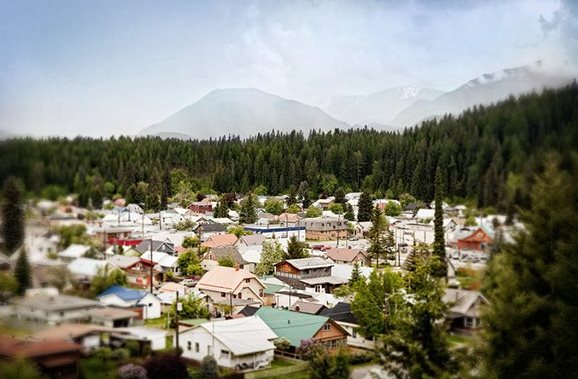 Kimberley is a town in southeastern British Columbia with a population of approximately 6,500 people. The discovery of a rich mineral deposit in 1892 resulted in the development of one of the world’s largest mines in Kimberley. The Sullivan Mine which operated from 1909 until its closure in until 2001, employed nearly 3,500 people at its peak.

The mine was consistently one of the world’s biggest sources of lead and zinc, producing over $20 billion in lead, zinc, and silver that was processed at nearby smelters in Trail and Nelson, BC. Although mining was the backbone of the local economy, Kimberley was also situated close to lumber mills and served as a locomotive maintenance facility for the Canadian Pacific Railway.

As early as the late 1960s, the municipality started to explore options to diversify the economy. Situated in the Rockies, the community recognized Kimberley’s enormous recreational potential and began exploring ways to attract visitors. In 1973, the town decided to adopt a Bavarian theme, which included the creation of a pedestrian only shopping area and transforming the downtown area so that it resembled a small mountain village in the alps which led to Kimberley becoming known as the Bavarian City of the Rockies.

This was the beginning of Kimberley’s transition from a traditional mining town into a tourist destination. In the 1980s there were some preliminary discussion about the eventual closing of the Sullivan mine but it wasn’t until the early 1990s, roughly ten years before the expected closure, that planning became more deliberate. The combination of strong municipal leadership and a more open and collaborative attitude from the company was creating a constructive environment to consider the future of Kimberley following the closure of the Sullivan mine.

According to one report, the relationship between Teck Cominco and the community of Kimberley evolved from one of “benevolent paternalism” as a company-town with a strong dependency mindset to one of “cooperative collaborator” within a community that had started to take control of its future. The company cooperated with the city on some joint economic initiatives, including the development of industrial land, the construction of a golf course at the base of a ski hill, and a large residential lot development project.

In some instances, the company’s participation proved to be crucial to successful implementation of some initiatives. In one example, the City of Kimberley had applied to the government for a $2 million loan to build a golf course on the mined land, but was unsuccessful. Turning to Teck to join in as a partner they reapplied, and their application was successful.