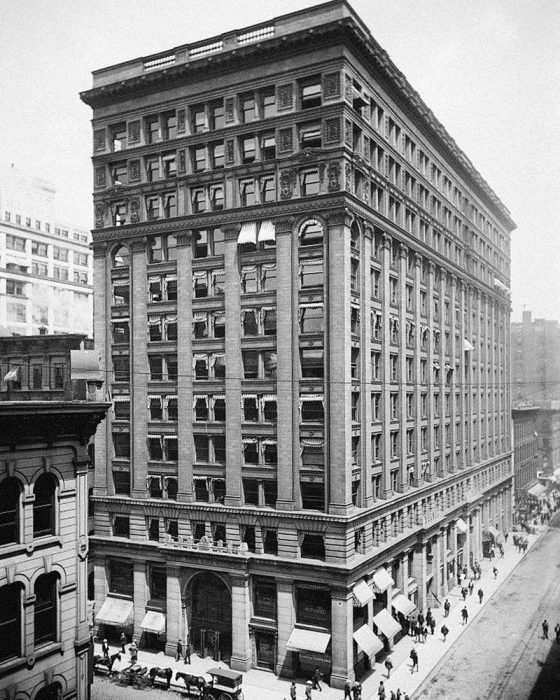 So many historic Chicago, illinois office buildings have been converted into boutique hotels lately, saving buildings of great character from the scrap heap, that this trend threatens to become routine.

But the latest transformation—which was celebrated August 30, 2016—is special because it breathes fresh life into a once-endangered building designed by the man known as “the father of the skyscraper.”

That man, Chicago architect and engineer William Le Baron Jenney, shaped the pioneering Home Insurance Building of 1885, which was the first tall office building supported by an internal skeleton of metal rather than exterior walls of masonry. That technology allowed skyscrapers like Chicago’s Willis Tower, once the world’s tallest building, to rise to unprecedented heights.

Jenney’s New York Life Building now has a fresh lease on life after being repurposed and renewed as a hotel.

Inside and out, the $106 million restoration project is a big win for the cityscape.

Built in stages between 1893 and 1903, the 14-story New York Life Building is now The Gray Hotel, a 293-room link in the stylish Kimpton Hotel chain.

Kimpton bought the building from Hamilton Partners (who planned to demolish it, with support from clueless city officials) in 2014, and restored it with the help of over $16 million in well-deserved federal historic preservation tax credits.

Under the supervision of the architectural firm Gensler, New York Life’s exterior has been given a careful cleaning and sensitive retouching.