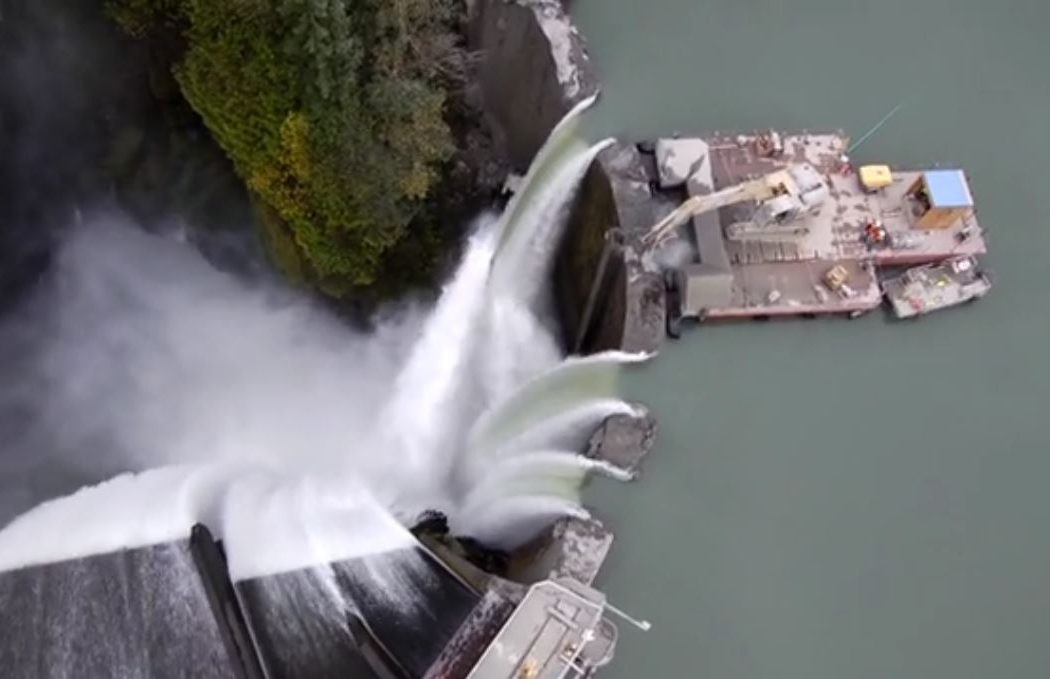 Return of the River is a multiple award-winning documentary about the world’s most spectacular and successful river restoration project: the removal of two giant, illegally-built (thanks for corrupt local officials) private dams on the mighty Elwha River of Washington’s Olympic Peninsula.

The documemntary offers a story of hope and possibility amid grim environmental news. It is a film for our time: an invitation to consider crazy ideas that could transform the world for the better. It features an unlikely success story for environmental and cultural restoration.

Fundamentally, the Elwha River in Washington State is a story about people and the land they inhabit. The film captures the tenacity of individuals who would not give up on a river, mirroring the tenacity of salmon headed upstream to spawn. It is a narrative with global ramifications, exploring the complex relationship between communities and the environment that sustains them.

The camera soars over mountain headwaters, dives into schools of salmon, and captures turbines grinding to a halt; as the largest dam removal project in history begins. The film features people and perspectives on all sides of the Elwha debate, reflecting the many voices of the Elwha valley.

“With its stunning photography, in-depth historical background, and deeply-imbued tribal perspective, Return of the River is the documentary film that lives up to the grandeur of the Elwha, its renewal, and its promise.” – Lynda V. Mapes, author, Elwha, a River Reborn