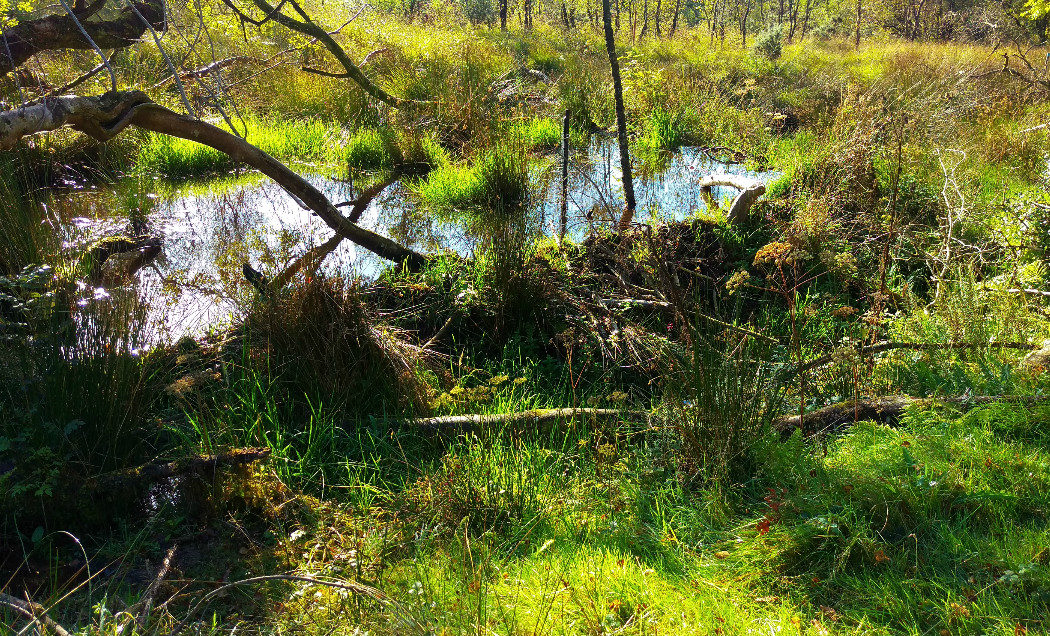 Only a few years ago, an ill-defined channel passed through this area of willow scrub.

The electric fence is in place to contain a family of beavers. They are the makers of this exciting and novel landscape, part of a privately owned County Wildlife Site and part of the Devon Wildlife Trust’s enclosed Devon Beaver Project, near Okehampton, Devon.

As an ecologist, it’s clear to see how the beavers have had a huge impact within the enclosure. Habitat variety and structure are the first things that have changed – wet areas, ponds, deadwood, open grassland, scrub and trees and areas of sphagnum. Visually, there also seems to have been overall improvement in biodiversity.

The scale and direction of the changes have been compelling. By taking a relatively simple, cost-effective and standardised approach to collecting biological records, a clear picture of biodiversity change has been recorded at the Okehampton site.

The increase in indices such as biomass and species rarity reveals that habitat structure and the carrying capacity of the site have increased. A rise in biomass for bats indicates higher levels of invertebrate prey, which in turn benefits other species including birds.

The beaver have turned what was an area of dense scrub and simple channel into a mosaic of scrub, pools, dead wood, banks, culm grassland and habitat piles.

After an absence of 400 years, beavers are back in England and, within a few short years, are having an amazing effect. Associated species are now diversifying and thriving, instead of declining – this is rewilding in action!