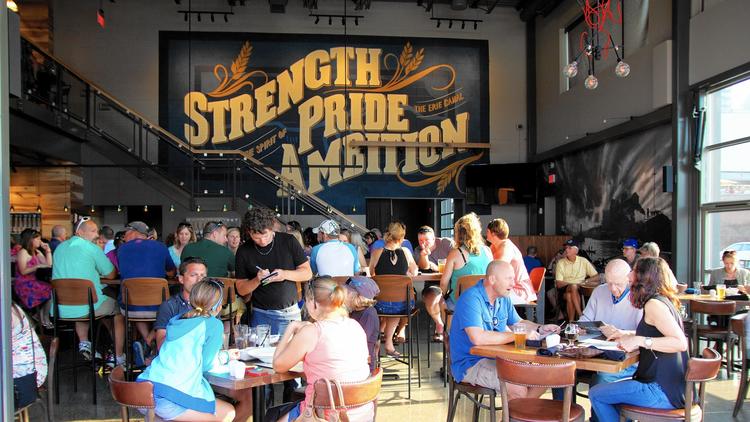 An energetic rebirth is taking place in an upstate New York city that was once very down on its luck. Millennials and young entrepreneurs are moving back to Buffalo as “re-pats,” staking their claim by helping revitalize a place they once fled.

Thanks in part to Gov. Andrew Cuomo‘s controversial Buffalo Billion economic development program, this once downtrodden Rust Belt town is transforming into a lively destination with startups, microbreweries and distilleries.

Much of Buffalo’s progress can be chalked up to what Chris Hawley, a local city planner and preservationist, calls beer-oriented development. A local beer and distilling revolution has helped remake the city and introduce a welcome influx of new craft breweries.

In just the last couple of years, nearly 20 breweries and distilleries have opened here, including the new Big Ditch Brewing Company downtown and Resurgence Brewing Company, which is helping breathe life into what had long been a rougher part of town.

Note from Storm: I first visited Buffalo in 2007 when I keynoted a conference sponsored by the Buffalo Community Foundation and the Buffalo Olmsted Parks Conservancy. I’ve since revisited several times, usually on my to or from my frequent work in southern Ontario. The redevelopment and revitalization progress this city has made in recent years has been quite spectacular. Congratulations Buffalo!