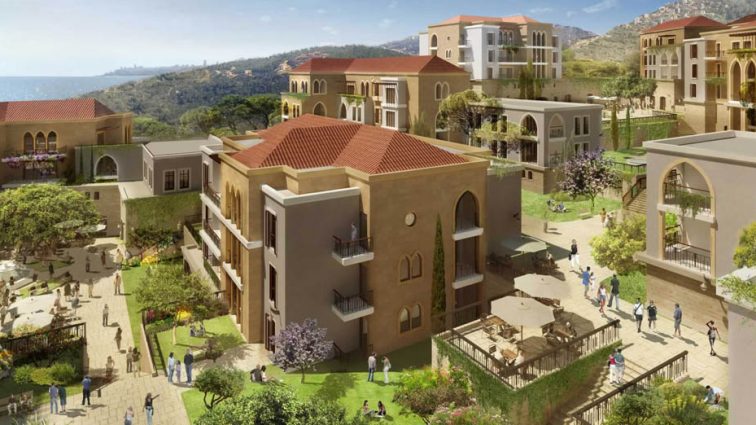 Readers of REVITALIZATION know that I (Storm) am a big proponent of high-speed internet access as a community revitalization tactic.

The 3Re Strategy (repurpose, renew, reconnect) that I often champion isn’t just talking about transit and trails for better community connectivity: communications connectivity is crucial. These days, it might the most crucial element in bringing places back to life.

In Lebanon, the new community of Beitmisk is taking this approach very seriously, combining leading-edge information technology with green development practivces. They hope to become a model for revitalizing the nation’s far more ancient communities. “BeitMisk’s identity has been defined right from the start as a real green village by its nature and clean climate, and at the same time as an integrated city adopting modern technologies,” said project chairman Georges Zard Abou Jaoude. “From the very beginning, our ambition was to be a modern yet environmentally friendly village.”

Despite its gorgeous view of Beirut and the coast, few folks could consider living in Beitmisk if they couldn’t stay in touch with the world. “BeitMisk’s identity has been defined right from the start, as a real green village by its nature and clean climate, and at the same time as an integrated city adopting modern technologies,” explains Jaoude. “From the very beginning, our ambition was to be a modern, yet environmentally friendly village.” 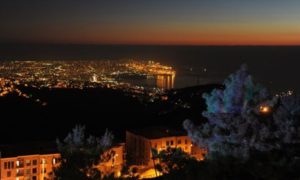 Under the patronage of Prime Minister Saad Hariri, represented by Minister of Telecommunications Jamal Al-Jarrah, BeitMisk and telecommunications provider Ogero held a press conference on September 16, 2017 to launch fiber-to-the-home, and introduced BeitMisk as the first “Smart City” project in Lebanon.

“His Excellency wished to be with us today to witness this achievement,” Minister Jarrah told the audience. He added that PM Hariri “might even suggest a Council meeting in BeitMisk to show everyone how the country can actually move toward development.”

Addressing Jaoude, Jarrah said “I congratulate you on this achievement because you are a true Lebanese; whomever goes against all odds to launch a new project in Lebanon is a genuine citizen who has faith in his country and gives more than expected from him”, and adding “we have a dream similar to yours, that the entire country can one day enjoy fast Internet and the Internet of things (IoT), and all the technologies available today at BeitMisk.”

Here’s what the Beitmisk website says about the village:

BeitMisk started precisely that same way. As a man entrenched in Lebanese society, I wanted to offer something that I felt the future would be void of and needed saving: the charm and magic of our traditional Lebanese village.

From that hopeful vision, we started developing BeitMisk, a village for anyone who longs for a certain quality of living that can’t be found. As it slowly takes shape, it is clear that BeitMisk is turning out to be even greater than we originally imagined. The project is growing to represent the perfect balance between the beauty of nature and modern living, a place that inspires pride and a warm feeling of belonging. 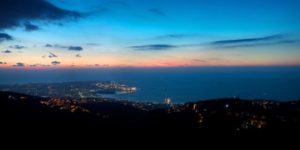 Most importantly, BeitMisk is preserving our heritage and culture, safeguarding our future for the generations to come. It offers our children the opportunity to flourish in the midst of a typical village, immersed in nature, yet equipped with all the modern conveniences that technology provides. The next generation will grow up in an evolved version of what some of us were lucky to have experienced: a traditional Lebanese village that passes on to its community the true essence of this country.

It is my hope that BeitMisk will serve as an example of how a Lebanese village should be maintained, in an effort to save our genuine and original identity. Peace of mind, cleanliness, and green living will also, one day, be typically Lebanese traits, as BeitMisk proves by making these elements essential to its creative living.

For those living abroad, BeitMisk is the perfect blend of everything magical about Lebanon, with the many conveniences of the world’s leading cities. Expatriates will constitute an integral part of everything this village has to offer.

With the sincere and earnest hope of becoming neighbors in the near future, I will personally aim for BeitMisk to continue exceeding your expectations and proudly represent the commitment to its residents, the country, and our rich heritage.

All images courtesy of Beitmisk.