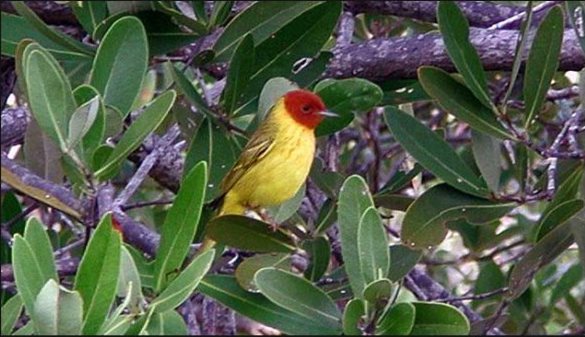 The ecological importance of coastal mangrove forests is common knowledge today. The trees’ gnarled roots , submerged in saltwater for part of the day, make ideal underwater perches for barnacles, oysters, crabs and other marine organisms. These, in turn, make a plentiful feast for juvenile fish, as well as birds, reptiles and an abundance of other wildlife both above and below the water’s surface.

Mangrove forests also protect reefs from coral-killing sediments, reduce ocean acidification, and help shield coastal cities from storm damage. Despite their vital importance, almost 14,000 square miles of mangrove forests were destroyed between 1980 and 2005, according to the United Nations, and the losses continue today.

To make up for this loss, people attempt to restore mangroves all around the world. In most cases, they approach mangrove restoration as if they were planting a forest on land. They grow mangrove seedlings in greenhouses and then transplant them into mudflats along the ocean’s edge. The problem is that this approach doesn’t work very well. In the Philippines, for instance, the World Bank spent $35 million to plant nearly 3 million mangrove seedlings in the Central Visayas between 1984 and 1992. But by 1996, less than 20 percent of those mangroves had survived.

“We don’t know the exact percentage, but most of the mangrove restoration projects around the world that are attempted are not successful,” says Robin Lewis, an ichthyologist-turned-wetland scientist who now restores mangroves around the world. Wetland habitats (like mangroves) are more dynamic than terrestrial habitats; they’re submerged in water for part of each day as the tides come in and roll out. If the water level isn’t just right, the seedlings don’t stand a chance at survival.

Furthermore, plantings typically use only a single species of mangrove, even though most mangrove forests include many species. “Mangrove forests, like many forests, are composed of a mixture of trees and other communities. They are very complex,” says Lewis. “This supports a lot of wildlife and it is the healthy forest that we all talk about.” On the rare occasion when a single-species planting does take root, the resulting habitat is less complex and supports fewer species.

Over the past 40 years, Lewis has pioneered a different method of mangrove restoration that works far better. In fact, he’s established mangrove forests in more than 20 countries around the world. The method — which he calls ecological mangrove restoration — is more difficult and less photogenic than planting pretty rows of seedlings. But it may be our best shot at bringing back the world’s mangroves.

Lewis figured out how to restore mangroves by immersing himself in them, literally. “I spent a decade working in the mangroves before I started to have an understanding of what was going on,” he says. He started out by observing healthy mangroves around Tampa Bay as a graduate student in the late 1960s. He noticed that whenever a mangrove tree died, mangrove seeds floating in the water arrived and took root in no time. The mangroves didn’t need his help to grow back; the area recovered all by itself.

It seemed to Lewis that mangrove forests could and would restore themselves if the conditions were right; he just had to identify the “right conditions.”