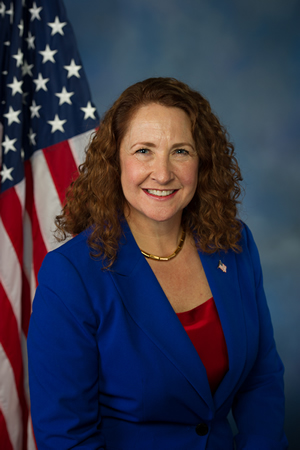 On February 10, 2016, Congresswoman Elizabeth Esty (D-CT) announced the introduction of bipartisan legislation to help communities revitalize neighborhoods and spur economic development through brownfields assessment and remediation. The new bill, the Brownfields Reauthorization Act of 2016, which is sponsored jointly by Rep. Esty and Rep. Chris Gibson (R-NY), will reauthorize and improve the EPA’s Brownfields Program.

“In my conversations with small business owners and local leaders across central and northwest Connecticut, I’ve heard again and again that revitalizing our cities and towns is critical to growing our economy,” said Rep. Esty. “Reauthorizing the EPA’s brownfields program will empower our communities to convert contaminated industrial sites into livable, workable spaces that create good-paying jobs, boost local economies, and provide new opportunities for outdoor recreation. I thank the community leaders in Waterbury, Meriden, Torrington, and New Milford, and communities across the district for partnering with me on this important effort. On average, every dollar of federal funding awarded through the Brownfields program leverages $18 in other public and private financing. This is truly one of the best investments we can make.”

“Dilapidated former industrial sites across the Northeast not only threaten public health and safety, they hinder economic development and blight our neighborhoods,” said Rep. Gibson. “This bipartisan bill strengthens the federal brownfields program to give struggling communities the tools they need to remediate these properties, returning them to the tax rolls or creating prized open space for outdoor recreation. Having spent time recently at the moldering Beech-Nut plant in Canajoharie, NY, a possible candidate for brownfield designation, I am proud to help launch this effort in the House.”

“Manufacturing is coming back into Waterbury and cleaning up brownfields into usable space is a major reason why,” said Neil O’Leary, Mayor of the City of Waterbury. “Rep. Esty gets it and is working on another bipartisan solution we’ve learned is necessary to improve the existing federal brownfields program.”

“Redeveloping brownfields is essential to our plan to grow Meriden’s economy and create jobs,” said Kevin Scarpati, Mayor of the City of Meriden. “I applaud Rep. Elizabeth Esty for her bipartisan effort that, if passed, will provide our city with additional tools as we look to attract new businesses and help existing employers thrive in Meriden.”

“Torrington is challenged with over 1million square feet of brownfield space that pose tremendous development hurdles for the city, existing property owners and future developers,” said Elinor Carbone, Mayor of the City of Torrington. “With the assistance of EPA and the State, we have made modest progress in remediating some brownfield sites which has sparked interest from developers who recognize that development of these properties can only occur through a partnership or team approach with public-private support. Rep. Esty’s brownfield bill will go a long way to improve how the government works with the private sector on future brownfield projects.”

“In New Milford, we have seen the importance of Brownfield remediation and what it means to our local economy and land use. Often, these parcels occupy prime industrial space where such land is scarce,” said David R. Gronbach, Mayor of the Town of New Milford. “As we increase our efforts to take advantage of the intellectual capital in Connecticut, remediating these properties to introduce modern manufacturing and other uses is an investment in our future that addresses a mistake of the past.”

The Brownfields Reauthorization Act of 2016 (H.R. 4463) will reauthorize the program’s grant authority at $250 million annually through 2021 and make significant improvements that provide local governments, nonprofits, and partners the tools they need to enhance the program’s success. The bill expands eligibility for brownfields grants to certain nonprofits and community development groups, including governments that acquired brownfields prior to the program’s creation in 2002. It also authorizes new multi-purpose grants to streamline the process and create greater certainty of long-term financing for multifaceted projects.