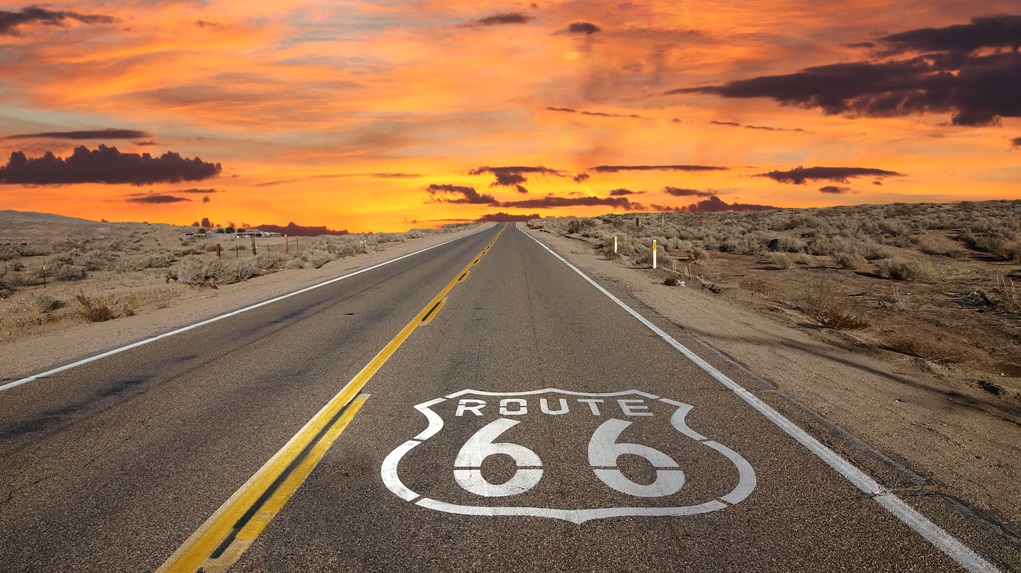 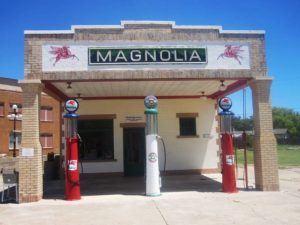 If passed, it would amend the National Trails System Act to designate Route 66 as a National Historic Trail, administered by the National Park Service (NPS). This, in turn, would likely lead to greatly-increased levels of historic building reuse and landscape restoration along the route, thus helping to revitalize many struggling, relatively isolated communities.

Earlier, in June of 2018, the House of Representatives voted unanimously to pass the bipartisan legislation.

“Route 66 is iconic — a long stretch of old road that cuts across eight states, linking the American West through a patchwork of Americana,” said Udall. “It’s not just a place, but a personality; an open road symbolizing freedom and teeming with mom-and-pop diners, small businesses, and scenic byways. In its heyday, this legendary highway was the major artery of the United States and an important pathway for westward migration until it was bypassed by the interstate system.”

“By designating Route 66 as a National Historic Trail, this legislation would revitalize cities, small towns and rural communities along the Route 66 corridor in New Mexico and across the country, bolstering local economies and protecting vibrant historic sites. Just as importantly, this bill would safeguard Route 66 as cultural landmark, preserving its significance as the ‘Main Street of America’ for future generations of adventurers, migrants, hitchhikers, and tourists venturing westward,” he continued. 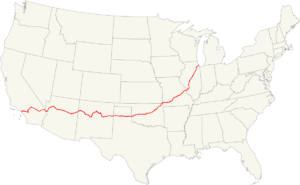 Route 66, also known as the Will Rogers Highway, is more than 2,400 miles long, stretching from Chicago, Illinois to Santa Monica, California, and crossing through 8 states.

In New Mexico, the Route 66 corridor serves 492,000 people and runs 380 miles long, connecting urban centers like Albuquerque with rural communities like Gallup and Tucumcari. In Oklahoma, Route 66 runs for over 400 miles through Tulsa and Oklahoma City and includes the longest drivable stretch of America’s Main Street.

Heritage restoration and community revitalization are reliably non-partisan issues, so even those who work to destroy the natural environment can collaborate on such issues with those who work to protect it. Inhofe, whose campaigns are primarily funded by the fossil fuel industry, famously promised that we have heavenly protection from the actions of oil companies, saying ““God is still up there, and He promised to maintain the seasons and that cold and heat would never cease as long as the earth remains.”

But regarding Route 66, Inhofe sees eye-to-eye with Democrat Udall, saying “Route 66 deserves recognition as a National Historic Trail. Oklahoma is home to the longest drivable stretch of ‘America’s Main Street,’ which earned its name from decades of connecting small businesses and rural communities with visitors from around the country. Museums from Clinton to Elk City to Chandler highlight the impact of this road as a representation of American pioneer values. I am proud to introduce this bill that will ensure Route 66 continues to reflect the history of our nation.”