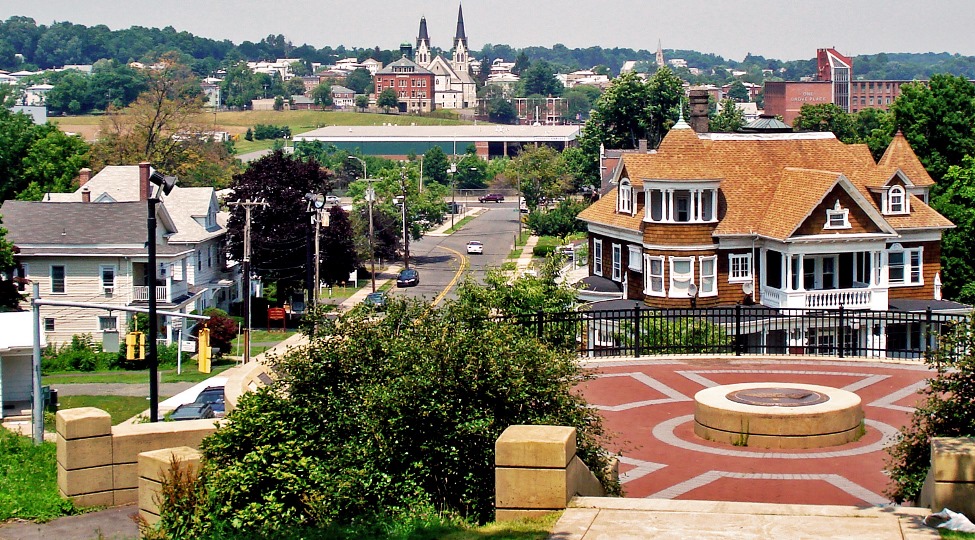 To date, over 26,000 brownfields assessments and 1,200 brownfields cleanups have taken place nationally, helping to revitalize thousands of communities. These projects created some 123,000 jobs and leveraged at least $350 billion in overall investment. Thus, reauthorizing the federal incentive that allows real estate investors to deduct the cost of brownfield cleanups will drive redevelopment and economic revitalization in many more communities across America.

“As Mayor of Dayton, I developed brownfields to reinvest in our city and spur economic growth, including the building of the Dayton Dragons stadium,” said Turner. “I know firsthand how important brownfields are for communities looking to rebuild. Our bill extends the brownfields tax credit to help cities like Dayton continue to grow.”

This bill will spur the cleanup and redevelopment of brownfields as part of a larger effort to support job creation. Brownfields, typically former industrial sites, are often vacant or undeveloped areas where reuse is complicated by environmental contamination concerns.

“I hear time and time again from business owners, developers, and local leaders across central and northwestern Connecticut that the high costs of clean-up deter initial private sector investments. Cities and towns throughout Connecticut have strong industrial histories and are now in the process of transitioning to new sources of economic growth, which is critical to creating good-paying jobs right here in our state. I’m doing what I can to be a strong partner in these efforts,” said Esty.

The Brownfields Tax Incentive Reauthorization Act of 2018, which first passed as part of the Taxpayer Relief Act of 1997, allowed taxpayers to deduct remediation expenditures for the cleanup of a property if the property was used for a trade, business, or for the production of income.

However, following a two-year extension in 2009, the incentive expired on January 1, 2012, and has not been reauthorized since. If passed in to law, the Brownfields Tax Incentive would reauthorize the tax incentive through December 31, 2021, providing four years of certainty for potential developers.

“This bill will help bring new life to areas that have long-suffered from past industrial use. Our federal government should help improve our communities, better our citizens’ quality of life and foster economic growth,” said DeLauro. “The cleanup and redevelopment plans this bill incentivizes will revitalize our neighborhoods and provide a pathway for new economic development. The strong bipartisan support this bill already has is encouraging, and I will continue to push this Congress to pass it into law.”

“I am proud to join my colleagues in introducing the Brownfields Tax Incentive Reauthorization Act of 2018, to incentivize the redevelopment of brownfield sites. This tax credit would encourage investment in brownfield site clean-ups in order to repurpose abandoned industrial areas, which in turn results in jobs and economic revitalization in communities in Connecticut that need it the most. I thank Congresswoman Esty and my colleagues for introducing this forward-thinking legislation,” said Larson.

“Towns and cities throughout Connecticut provided the Arsenal of Democracy through World War Two and beyond, creating the economic foundation that allowed our nation to thrive and grow,” said Himes. “Unfortunately, past generations weren’t the thoughtful environmental stewards that they should have been and too many of these sites were polluted and remain unusable. In order to create, attract and keep the jobs of the future that will provide for families in my district and across the country, we need to clean up these spaces, and this bill helps provide the resources and incentives for private enterprise to do so.”

“This legislation is an essential piece for the redevelopment of many former contaminated sites. Rather than spreading deductions over time this legislation will encourage private sector involvement in the cleanup and rehabilitation of brownfields properties,” said King.

“The City of New Britain strongly supports any effort that encourages economic growth to stabilize communities. Brownfield funding to address environmental barriers is necessary to create viable economic opportunities in communities across the country. Returning these properties to the market creates jobs and housing in the local economy. Local growth leads to national growth. Incentives to clean-up brownfields stimulate private investment and drive the economy. The return on investment for municipalities and states is felt nationally,” said Kenneth A. Malinowski, Acting Director of the Department of Community Development in New Britain.

“This important legislation builds on the recently-passed brownfields reauthorization and will assist local efforts to cleanup and redevelop more brownfield properties. With an estimated 400,00-600,000 brownfield sites throughout the United States, more tools are necessary to help promote the redevelopment of these abandoned or underutilized properties. This tax deduction allows for the expensing of all cleanup costs in the year incurred and serves as a powerful incentive to promote the cleanup of brownfields. Redeveloping brownfields is a win for the environment and a win for the economy,” said Tom Cochran from the U.S. Conference of Mayors, Clarence E. Anthony from the National League of Cities, Matthew D. Chase from the National Association of Counties, and Leslie Wollack from the National Association of Regional Councils.

Additional endorsements for the bill include:

Photo of New Britain, Connecticut is by Bmr1987 via Wikipedia.