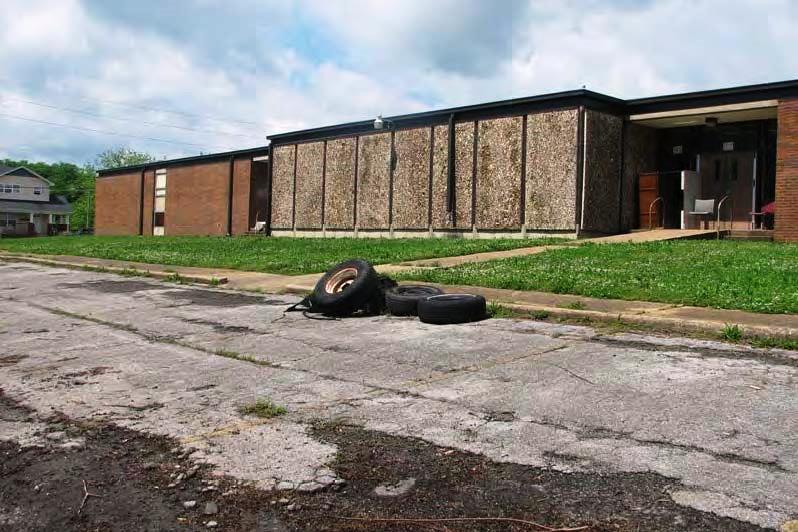 As anyone who has read the 200 book, RECONOMICS: The Path To Resilient Prosperity knows, the U.S. Environmental Protection Agency’s (EPA) Brownfields Program is probably the most efficient and successful federal program in the nation’s history. This success was initially documented in my (Storm Cunningham) first book, The Restoration Economy, which I started writing in 1996, just one year after the program was launched.

The typical return on investment (ROI) on these funds at the local level generally ranges from 18:1 to 44:1. That means that every $1 of federal money spent assessing or remediating a contaminated site attracts between $18 to $44 in private investment to redevelop the site, thus helping to revitalize the community.

As a result, on September 28, 2022, the U.S. Senate Committee on Environment and Public Works held a hearing on reauthorization of the EPA’s Brownfields Program.

Here’s the opening statement of Chairman Tom Carper (D-Del.), as prepared for delivery:

“For nearly three decades, the Brownfields Program has proved to be an important source of help for communities forced to contend with the long-term impacts of hazardous waste and other types of contamination. The program provides federal assistance for communities to clean up contaminated lands, revitalize the areas, and re-dedicate the land to productive centers of civic and economic activity.

We most recently reauthorized appropriations for this program with strong bipartisan support in 2018 for a term of five years. So, it’s time now to review the state of the Brownfields Program, examine what works well, and identify potential ways to update the program so that it can best meet the evolving challenges that communities face.

Fortunately, we have four distinguished witnesses joining us this morning to assist with that examination. They each possess decades of hands-on experience working with communities, state and local governments, and private developers on brownfields sites across the country. Mr. Goldstein, Mr. Carico, Mr. Buschur, and Mr. Pouncey, thank you all for joining us today.

We look forward to hearing from each of you, but before we do, let me first delve into the history of this important program.

The EPA’s Brownfields and Land Revitalization Program began in 1995 with the purpose of cleaning up thousands of lower-risk pollution sites across our country known as brownfields. The program provided seed money and technical assistance to state and local authorities, working with private developers to revitalize these brownfields. In other words, the program took the adversity of pollution and turned it into an opportunity for economic development. Since that time, the program has grown in both scope and impact.

In 2002, Congress codified the program into law, authorizing EPA to assist with assessments, remediation, job training, and site planning. In our most recent reauthorization of the program in 2018, we also broadened the types of assistance that could be provided and expanded eligibility for the program.

The benefits of this program have proven themselves time and time again. According to EPA, the Brownfields Program has assisted in the assessment of over 35,000 contaminated properties and the cleanup of over 2,300 sites across our nation. The agency also reports that every dollar of federal assistance leverages over $20 of non-federal money for revitalization. This has contributed to the creation of over 180,000 jobs since 1995.

We have seen the positive impacts of the program firsthand in Delaware. Since the program began, the First State has received millions in grants, helping to revitalize areas such as our riverfront in Wilmington. Once a shipbuilding site turned toxic site, the Wilmington Riverfront is now a thriving place to live and work, thanks to the Brownfields Program. Many Americans may remember it as the site of President Biden’s victory speech in 2020.

So, as we consider brownfields reauthorization, this committee should examine whether specific opportunities exist to further strengthen the program.

I believe this reexamination should include building upon the program’s existing capacity and resources in order to help local authorities with area-wide and regional planning of brownfields remediation. Increased support for planning will ensure that communities are better able to maximize the benefits of projects.

As our nation continues to grapple with the adverse impacts of climate change and extreme weather, the program should also encourage sustainable revitalization projects. By doing so, we can support community efforts to become more resilient to climate change, while reducing greenhouse gas emissions.

In addition, the program should incorporate environmental justice principles and practices to ensure that the people in communities negatively affected by local land pollution can fully participate in the benefits of brownfields revitalization.

And, finally, as we consider ways to improve the Brownfields Program, we should ensure that the program not only assists communities with the financial and technical burdens of revitalizing contaminated lands, but also encourages stakeholders to fully engage with residents during the planning and execution of projects.

Let me close by reiterating that now is the right time to explore improvements to this vital program. Last year, we provided EPA with a threefold increase in funding for the Brownfields Program under the Bipartisan Infrastructure Law. We must ensure that the program can use these resources to the greatest effect in assisting our cities, towns, rural communities, and tribes.”

At this hearing, the leading Democratic and Republican lawmakers on the U.S. Senate‘s public works committee indicated that there’s bipartisan interest in reworking the Brownfields Program in a way that helps ensure broader, more equitable access to the funds.

Photo of brownfield in Tennessee courtesy of TN.gov