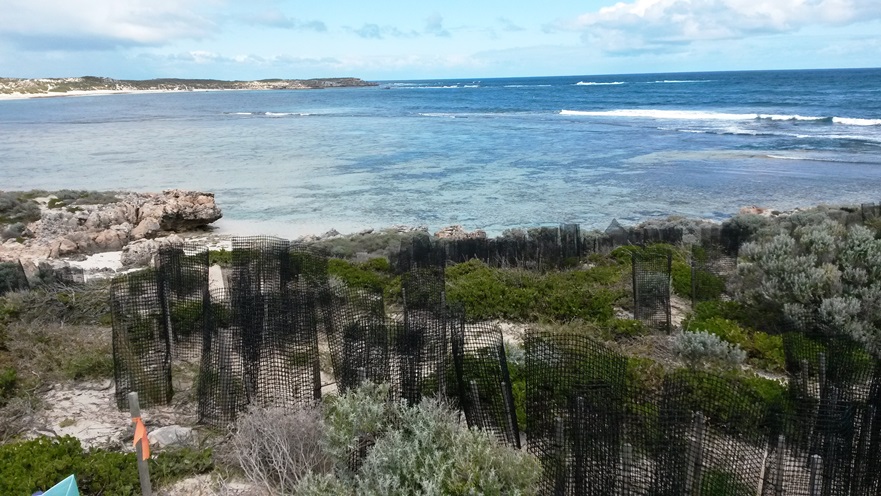 A zig zag of red and black flutters almost to the ground for a split second, then darts back to a dead branch on the edge of a road.

“Pounce, forage, return to perch, one metre,” Floyd Holmes says into his recorder.

He is recording a “bird minute”, a way of taking a scientific measurement of bird behaviour in the wild.

While Mr Holmes is a bird enthusiast, the observation is a part of a much bigger, and more important project.

He wants to understand this bird’s critique of human efforts to regenerate this patch of bush on Rottnest Island, just off the coast near the city of Fremantle in Western Australia.

Rottnest Island is the largest in a chain of islands (which includes Garden and Carnac Islands) on the continental shelf opposite Perth. These islands all are formed of limestone rocks with a thin covering of sand. The limestone base of Rottnest Island has an effect on all life on the Island, including the types of plants which can grow on it, the species of animals which can feed upon the plants, and the extent to which humans can make use of the Island.

The Island has six major habitats: coastal, salt lakes, brackish swamps, woodlands, heath and settled areas. Salt lakes occupy ten per cent of the area of Rottnest Island. Many of them – including Lake Baghdad, Lake Vincent, Herschel Lake, Garden Lake, Government House Lake and Serpentine Lake – are permanent and have surrounding beaches. Other lakes such as Pink Lake, Lake Sirius, Lake Negri and the twin Pearse Lakes may dry out in summer.

The limestone coral reef surrounding Rottnest grew approximately 100,000 years ago when the sea level was thought to be at least three metres higher than the present day. This reef system is fed by the warm Leeuwin Current and provides a home to much of Rottnest’s marine life, as well as presenting a significant hazard for shipping.

The island was given the name “Rotte nest” (meaning “rat nest” in the 17th century Dutch language) by Dutch captain Willem de Vlamingh who spent six days exploring the island on December 29, 1696, mistaking the quokkas for giant rats. He described the island as a “…a paradise on earth“.

Rottnest Island was inhabited by Aboriginal people until rising sea levels separated the island from the mainland of Western Australia about 7,000 years ago. The island features in Noongar Aboriginal mythology as Wadjemup, meaning “place across the water where the spirits are“. Aboriginal artifacts on the island have been dated from 6,500 to more than 30,000 years ago.

There were no people on the island when European exploration began in the 17th century, and the Aboriginal people on the mainland did not have boats that could make the crossing, so the island had probably been uninhabited for several thousand years. 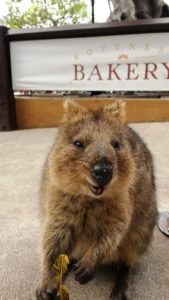 Note from Storm: My wife and I visited Rottnest Island in 2015, when I was in Australia for three weeks. I was doing work for the Planning Institute of Australia and the Green Building Council of Australia in the states of New South Wales and Western Australia.

Our Rottnest day trip was one of the most enjoyable days either of us have ever had anywhere. Rottnest Island has a spectacular coastline with many hidden beaches, friendly quokkas (see photo), easy bicycle rentals, and a lovely ferry ride from Fremantle. Speaking of which:

Add in a stay in the charming nearby port city of Fremantle, and you’ve got yourself an ideal vacation. They’ve got some wonderful microbreweries (such as the spectacular Little Creatures), and a lively public market.

Top photo of ecological restoration on Rottnest, plus quokka photo, by Storm Cunningham.