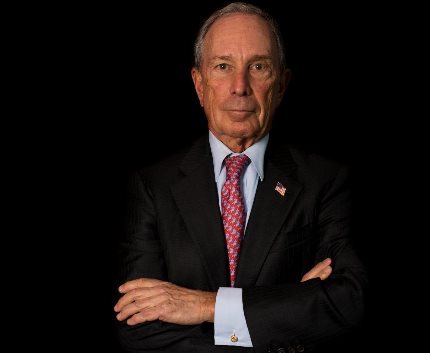 On June 26, 2017, in an address at the U.S. Conference of Mayors’ Annual Meeting in Miami, Michael R. Bloomberg announced the American Cities Initiative, a suite of new and expanded investments that will empower cities to generate innovation and advance policy that moves the nation forward.

In an era of unprecedented challenges – from rapid technological change to Washington D.C.‘s deepening disengagement on urban issues to the climate crisis – cities need new tools that will allow mayors to do what they do best: innovate, solve problems, and work together to move the needle on the issues that matter to citizens and America’s future.

As the first investment as part of the American Cities Initiative, Michael R. Bloomberg invited mayors to participate in a new U.S. edition of the Mayors Challenge, which will help hundreds of mayors develop, test, and implement innovative solutions to the emerging challenges they face. Bloomberg also announced a new grant to the U.S. Conference of Mayors today that will help position mayors and local governments at the forefront of the country’s most pressing debates.

Bloomberg Philanthropies will invest more than $200 million over the next three years in the American Cities Initiative through grants in cities, the delivery of technical expertise, and opportunities for city leaders to share insights and best practices with one another. At least $100 million will support bold and effective leadership in city halls.

“We are in the middle of a political era defined by Washington impotence, but as Washington has grown more dysfunctional, cities have begun to play a vital role in determining our nation’s reputation as a global superpower,” said Bloomberg, founder of Bloomberg Philanthropies, and three-term Mayor of New York City. “The American Cities Initiative will incentivize and support the innovative efforts of those cities paving the way for America’s future.”

“American mayors stand on the front lines of our country’s most pressing issues, from tackling climate change to reducing gun violence,” said Mitch Landrieu, Mayor of New Orleans and incoming President of the U.S. Conference of Mayors. “More than ever, innovation and progress are happening at the city level, and the U.S. Conference of Mayors is thrilled to partner with Bloomberg Philanthropies to ensure that the voices of urban leaders are elevated at the national level.”

The first offering of the American Cities Initiative is the 2017 Mayors Challenge, a nationwide innovation competition for cities. Launching today with a call for participation to every U.S. city with at least 30,000 residents, the program will help hundreds of cities develop, test, and implement bold solutions to emerging challenges. Highlights include:

The 2017 Mayors Challenge builds on the success of previous Bloomberg-sponsored Challenges in the U.S. (2013), Europe (2014), and Latin America and the Caribbean (2016). Cities should visit www.mayorschallenge.bloomberg.org to learn more and apply.

Also announced were a series of additional efforts to promote bold and effective leadership amongst U.S. city leaders. These are:

As part of the American Cities Initiative, Bloomberg Philanthropies will announce over the next six months an extensive set of new or expanded initiatives to strengthen U.S. cities. These will, among other things, help city leaders address climate change, combat obesity and gun violence, and catalyze new opportunities for artists and volunteers to work within their communities to solve problems.