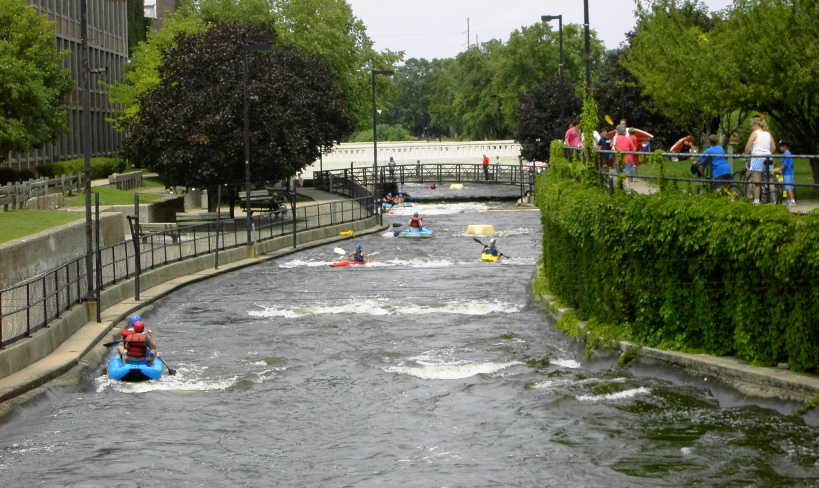 In South Bend, Indiana, new buildings housing high-tech startups are being built on the site that once housed the Studebaker automobile factories.

This construction is a fitting symbol of the progress toward rebirth of the struggling rust-belt city’s economy, which once relied on traditional manufacturing and is now benefiting from the knowledge and technology industries. This economic pivot is mirrored by an internal city-government shift to better use of data and evidence.

South Bend was recently named as one of the latest 16 cities to join Bloomberg Philanthropies‘ What Works Cities initiative, as innovation is coming to permeate the city’s government. This economic development strategy, Mayor Pete Buttigieg emphasizes, “is all about taking what we have and finding new value in it.”

In cities across the United States, mayors lack the tools to use data and evidence to improve how governing gets done.

The What Works Cities initiative tackles this challenge head-on. By providing robust technical support, access to expertise, and peer-to-peer learning to cities, Bloomberg Philanthropies is encouraging mayors and cities to better use data and evidence to engage the public, improve services, evaluate progress, and fund “what works.”

Over the course of the next three years, 100 mid-sized cities in the United States will benefit from approaches that address the unique challenges mayors face. Specifically, cities will receive help creating sustainable open data programs that promote transparency and robust citizen engagement; incorporating data into budget, operational, and policy decision making; conducting low-cost evaluations; and steering funding to programs that get results for citizens.

Joining in the effort are partners The Behavioral Insights Team, Harvard University’s Government Performance Lab at Harvard Kennedy School, Johns Hopkins University’s Center for Government Excellence, and Sunlight Foundation. Results for America will oversee the implementation of the initiative. U.S. cities with populations between 100,000 and 1,000,000 are eligible for the program.

South Bend is on the St. Joseph River near its southernmost bend, from which it derives its name. As of the 2010 census, the city had a total of 101,168 residentsand is the fourth-largest city in Indiana, serving as the economic and cultural hub of Northern Indiana. The highly ranked University of Notre Dame is located just to the north in unincorporated Notre Dame, Indiana and is an integral contributor to the region’s economy.

The area was originally settled in the early 19th century by fur traders and was established as a city in 1865. The St. Joseph River shaped South Bend’s economy through the mid-20th century. River access assisted heavy industrial development such as that of the Studebaker Corporation, the Oliver Chilled Plow Company, and other large corporations.

The population of South Bend declined after 1960, when it had a peak population of 132,445. This was chiefly due to migration to suburban areas as well as the demise of Studebaker and other heavy industry. Today, the largest industries in South Bend are health care, education, small business, and tourism. Remaining large corporations include Crowe Horwath, Honeywell, and AM General.

Recently, the city population has started to grow for the first time in nearly fifty years.[8] The old Studebaker plant and surrounding area, now called Ignition Park, is being redeveloped as a technology center to attract new industry.

Powered by strong mayoral leadership and a talented staff, and complemented by deep relationships with an elite higher-education institution and access to best practices via the Bloomberg-funded initiative, South Bend appears to again be hitting on all cylinders.