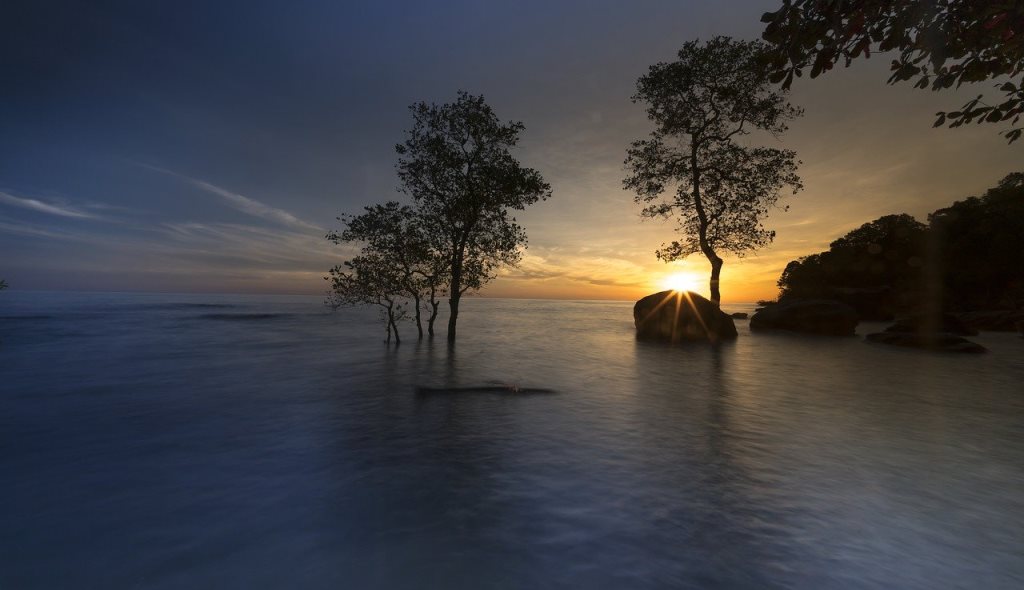 On January 21, 2020, the UN Environment Programme (UNEP) and the International Union for Conservation of Nature (IUCN) jointly launched the Global Fund for Ecosystem-based Adaptation [2020-2024], which aims to provide targeted and rapid support mechanisms through seed capital for innovative approaches to ecosystem-based adaptation.

At the recently-concluded UN Climate Change Conference (COP 25) in Madrid, Spain, the Federal Environment Ministry of Germany (BMU) announced that it would provide €20 million for the new UNEP-IUCN program, officially titled “Support for the Implementation and Upscaling of Ecosystem-based Adaptation.”

Ecosystem-based adaptation (EbA) refers to the set of approaches that involve the management of ecosystems to reduce the vulnerability of human communities to climate change.

The restoration of mangroves and coral reefs, for example, protects coastal areas from the impacts of rising sea levels, while planting and restoring vegetation on hillsides and mountains prevents erosion and landslides during extreme rainfall.

EbA is a key pillar of the movement to promote ecosystem-based, or nature-based, measures for climate change adaptation, which have gained scientific and policy interest over the past few years due to their multiple benefits for people and the planet.

Through its International Climate Initiative (IKI), the BMU is now increasing its financial commitments for ecosystem-based adaptation by around €60 million, which includes the new UNEP-IUCN program.

In addition to climate action and nature conservation, such projects often bring social benefits as well: They help people in vulnerable developing countries in particular to adapt to climate change. People in these countries are often much more directly dependent on nature. This is equally true for agriculture and for coastal protection.”

The multi-year Global EbA Fund, established by UNEP and IUCN, will draw on and support the growing momentum behind nature-based solutions and EbA, along with major movements such as the UN Decade on Ecosystem Restoration.

The Fund will have a specific focus on working with local NGOs and INGOs with relevant EbA experience and local presence, and with governments on specific gaps in technical knowledge and understanding.

“Nature-based solutions are increasingly recognized as integral to global climate action,” said Inger Andersen, Executive Director of UNEP. “With this new programme, we are using the power of ecosystems to help societies adapt to climate change. Ecosystem-based adaptation is now being undertaken by more and more Governments and organizations all over the world.”

“This work demonstrates that it’s not only us that protects nature, but also nature that protects us,” she added. “We are grateful to the Federal Environment Ministry of Germany for its support of this important initiative.”

Nature-based solutions, including ecosystem-based adaptation, were a central pillar of the UN Climate Action Summit in September 2019, with the Global Commission on Adaptation (GCA) launching its eight Action Tracks for adaptation. At that time, they also issued a landmark report—Adapt Our World: A Global Call for Leadership on Climate Resilience—that argued for the increase of nature-based and ecosystem-based measures for climate change adaptation. UNEP will be leading the Action Track for nature-based solutions, and the results of the Global EbA Fund will contribute to addressing the barriers identified by the GCA process.

“In 2009, IUCN framed the concept of ecosystem-based adaptation, and since then has globally promoted its use to increase society’s resilience to climate change,” said Dr. Grethel Aguilar, Acting Director General of IUCN. “Ecosystem services and biodiversity are our best allies against climate change, and if we all use them wisely, both the planet and humanity will thrive. The generous contribution of the German government will help us scale up actions that put nature at the centre of sustainable development.”

UNEP and IUCN will be supporting target countries in implementing EbA measures to meet their global plans and commitments. The measures funded by this programme will be supported by specific expertise- and capacity-building, while strengthening information, knowledge and political will for nature-based solutions to adaptation. To do so, IUCN and UNEP will draw on their extensive existing networks, tools and expertise, including Friends of Ecosystem-based Adaptation (FEBA), supported by IUCN, and the Global Adaptation Network, supported by UNEP.

The two organisations will serve as catalytic conveners by engaging key stakeholders to proactively scale up commitments through strategic partnerships, building on key high-level political processes.

The partnership between UNEP and IUCN will leverage a long history of EbA approaches and projects. Together, IUCN and UNEP have been involved in more than 80 EbA-related projects since 2010.