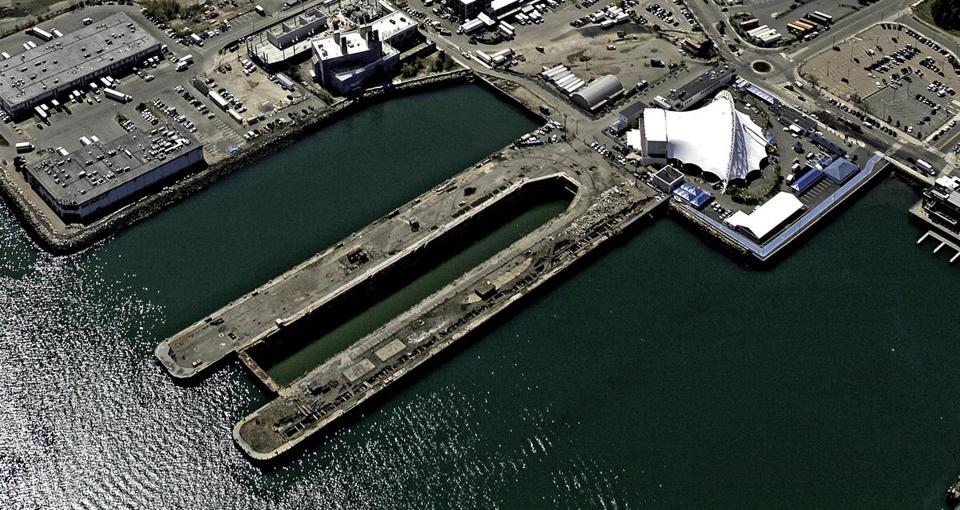 One of the biggest complaints about the development boom that is reshaping the waterfront in Boston, Massachusetts is that it has created too few parks and places for people to hang out.

Now, one of the state’s biggest parks organizations is planning to change that.

The Trustees of Reservations are scouting sites in the Seaport, Fort Point, and East Boston areas for what the organization’s leader hopes will be a “jaw-dropping” park along Boston Harbor. The group has zeroed in on five locations and hired several of the nation’s leading landscape architects to design concepts for public release later this spring. No price tag has been outlined, but a project of this scale would likely cost tens of millions of dollars.

The Trustees’ Chief executive Barbara Erickson would not identify the five locations, concerned that could drive up their acquisition price. But part of a trustees’ presentation indicates that one property being considered is Dry Dock No. 4, a decommissioned boat-repair pier behind the Blue Hills Bank Pavilion that juts out almost 900 feet into Boston Harbor.

The dry dock is just the type of unused industrial site that many cities have turned into creative public spaces, Erickson said, pointing to two Manhattan examples: the old piers along the Hudson River, and the former railroad bed that is now the wildly popular High Line.

By the end of the 19th century, conservationists had succeeded in conserving many of the natural wonders of the American West, but the dense urban regions of the East had received relatively little attention. Boston had become the nation’s fourth largest manufacturing center. Ironworks, glass factories, foundries – hundreds of plants, large and small – sprang up everywhere, consuming farmland, countryside, river front, and even historic sites. Boston’s population swelled by tens of thousands, and living conditions were deplorable.

Against this backdrop of industrialization, very little had been done to set aside open space for Boston’s urban population, especially when compared to the extent of open space that had been set aside in London and Paris.

Eliot believed that country parks would provide fresh air, scenic beauty, and opportunities for quiet repose – antidotes to the ills of urban life. With this conviction in mind, Eliot wrote his letter to Garden and Forest.

While country parks were central to Eliot’s vision, he argued for the immediate preservation of “special bits of scenery” still remaining “within ten miles of the State House which possess uncommon beauty and more than usual refreshing power.” As an example, he mentioned Waverly Oaks, a steep hill in Belmont “set with a group of mighty oaks,” as well as what is today Rocky Narrows in Sherborn, the oldest property of The Trustees of Reservations.

To protect these places, Eliot proposed the creation of a unique statewide nonprofit organization – a corporation governed by a board of voluntary trustees who would be empowered by the state legislature to hold land free of taxes for the public to enjoy “just as a Public Library holds books and an Art Museum holds pictures.” Eliot enlisted a distinguished group of citizens to support his proposal. In a circular called “The Preservation of Beautiful and Historical Places,” the group laid down the special reasons why “places of historical interest or remarkable beauty should be withdrawn from private ownership, preserved from harm, and opened to the public.”

In the spring of 1891, the legislature voted to establish The Trustees of (Public*) Reservations “for the purposes of acquiring, holding, maintaining and opening to the public…beautiful and historic places…within the Commonwealth.”

*The word “Public” was dropped from our legal name in 1954 to avoid confusion with publicly (e.g. government) owned land.

Photo of Dry Dock No. 4 by Les Vants, courtesy of the Boston Planning & Redevelopment Agency.